Akroma's Memorial occurrence in decks from the last year 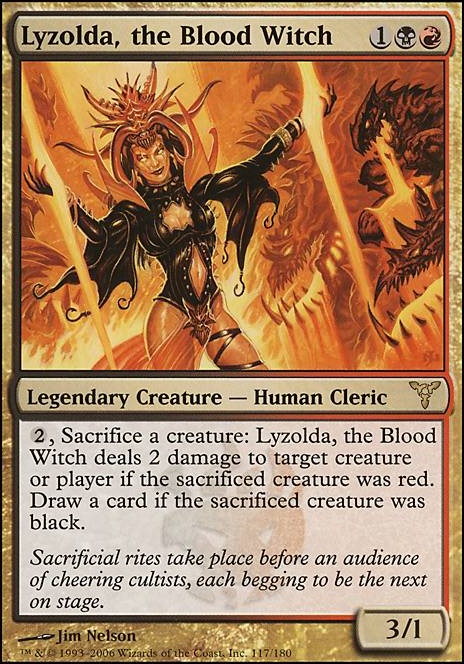 Deasert_Nomads_be_godly I definitely will put Levitation in the maybe pile (which is basically my "will likely add" pile lmao)! Just need to figure out what to sub out for it. The other ones I can't really say I'm digging since they are mostly one creature gains flying or only temporarily gains flying.

I did put Workshop Elders into the maybe pile as well since that feels like it has a bit more synergy for the vibe I'm going for. The Mistform Stalker is very tempting but paying 3UU every turn to synergize it is a bit pricy. It was the same reason I took Akroma's Memorial off the maybe list. That and it painted a huge target on my forehead lol.

Thanks so much for the suggestions! I love them!

I think Akroma's Memorial is not only an auto include in this deck, but a flavor win as well. Which is probably why the price of the card isn't $7 anymore.

-1 Fable of Wolf and Owl

...drop all the landfall triggers...

-1 Trench Behemoth... was not impressed with this dude

...cut the rando fatties or the swing-mores... (all you need is 1xAkroma's Memorial and ur good)

...you should be counting power or developing draw before your board snowballs, not after...

-1 Irencrag Pyromancer... only good if u can consistently draw-on-demand.Mi

carpecanum i don't think Runes of the Deus will be as good Domri Rade can get you that with the emblem, and 5 cmc is kinda high and 7 cmc of Akroma's Memorial 2 extra mana to affect the whole board is better plus you got Shared Animosity to boost up the tokens by tremendous amount. And Epic Struggle will probably add it to the deck as soon i figure out what to take out, thank you for your suggestions!

nice deck, i'd suggest Akroma's Memorial and/or Concordant Crossroads so that you do not just have single target haste like the Hall and the Greaves but benefit from quickly putting a board out. you can do a fast finish on a control deck when they are either tapped out or you have Dosan on the Field, who would potentially just wipe our bounce you.

MagicMarc, I can see your point especially with cards like Odric, Lunarch Marshal and Akroma's Memorial. After mulling it over, I think I'll just get rid the boosting ability.

I think this card has a number of significant problems.

To start, this turns every card with keyword soup (i.e. lots of keywords) into a juggernaut. Many keyword soup cards, particularly in Esper, have access to evasion, meaning your large, powerful creatures are likely to be difficult to block (recall that Esper has access to pretty much every evasion ability--flying, fear, intimidate, horsemenship, sulk, shadow, menace, landwalk, protection).

Next, this creature is a 5/6 for 4 mana that cannot be removed easily du to hexproof. That alone would be powerful, without its ability to boost itself higher.

A lot of keywords are not redundant, and this would see each instance of various keywords. Take Sublime Archangel, for example. Let's say you have 6 total creatures and this commander. Archangel gives each of them Exalted. This Commander now has 7 instances of exalted. It attacks alone, it gets +14/+14 from the exalted, and another +7+7 from having 7 keyword abilities on it. Instant commander kill.

Finally, you would be conferring a number of abilities to this creature that do nothing other than boost its power. Ninjitsu, mutate, flash, etc.

Unfortunately, I do not think there is a great way to fix this. Its ability is just too powerful to cost effectively--there is a reason effects like this tend to be limited in nature, specifically stating what keywords they can confer (see Rayami, First of the Fallen