Search your library for a Dragon creature card, reveal it, put it into your hand, then shuffle your library.

Sarkhan's Triumph occurrence in decks from the last year

Not Your Mother's Dragons
by Harry_Smutter 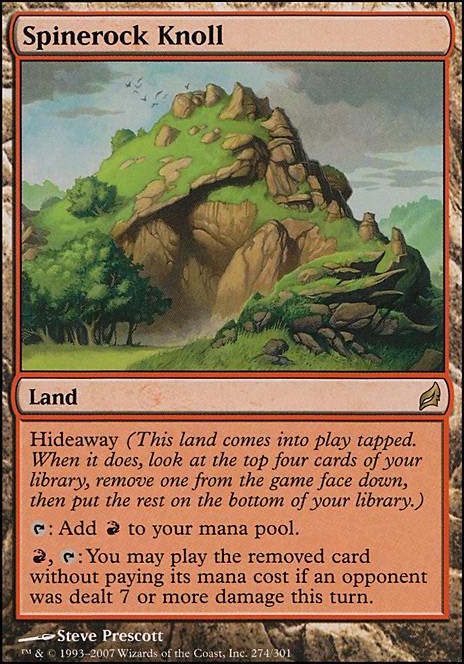 Hey, you haven't done much upgrading; this is basically the precon list. Nice upgrades of Ascendancy, Unbroken, Fireblood, Dragonlord Dromoka. The Ur Dragon is the Commander, but the deck list doesn't show that because you forgot to put the CMDR tag after The Ur Dragon text in the deck editor.

Consider further upgrading the manabase with more dual lands and dual land upgrades? With 17 basic lands then budget dual lands that have interaction with basic lands are good options. The Vivid lands are not good, not reliable enough color fixing from lands for five colors. Consider budget Rainbow lands?

In the place of the other Vivid lands and one basic land consider the budget Battle lands?

A Battle land can be searched for with Farseek which makes Farseek a much better card for ramp and color fixing when it can put a dual land onto the battlefield. Consider cutting a few of the least good Dragons: Ryusei, Niv-Mizzet, Intet, Crosis? Cut them for budget creature tutors?

Dragon's Hoard and Fellwar Stone are mana rock upgrades to consider. Faeburrow Elder can be very good budget ramp for five colors. It already can tap for two mana white and green. Add any red, black or blue permanent and it can tap for up to five mana of five different colors. You could cut Ingot, Dreamstone, Sphere for these.

Multiplayer Commander decks need instant removal options and since you're playing five colors then you have access to the best budget removal.

Decimate is good when you have multiple opponents. Could cut Condemn, Fortunate, Fractured, Rain for these.

One suggestion comes immediately: Wild Pair. The card is perfect for tribal decks. Explosive Vegetation is more vital ramp. Plus, Sarkhan's Triumph; a tutor for a dragon? Surely that is one of the first things to go into a deck? Where Ancients Tread could also be of use to you but is not a must.

You could expand on the interaction of being able to play more lands a turn.

Crucible/Excavator have good interaction with Reformation and Loam is the enabler for these cards. Reformation and Horn can be consistent sources of repeatable draw with only lands.

Aggravated Assault is a combo with Savage Ventmaw for infinite combats. Nature's Lore is upgrade for a land ramp spell because you have Taiga, Stomping and Glade.

Draconic Domination but I want it to be better

Not sure what your budget is, but here are a few affordable cards that make the deck significantly better :)

You got a nice deck and here are my suggestions :

I like the way you keep it flavor. You could take a look at my deck (The dragUr), it's more a recursion oriented deck but it could give you some idea.