When Worldgorger Dragon enters the battlefield, exile all other permanents you control.

When Worldgorger Dragon leaves the battlefield, return the exiled cards to play under their owners' control. 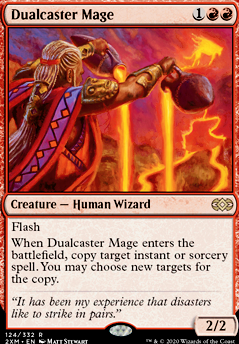 ABaggins,
there way too many viable win conditions on cEDH.
Isochron Scepter + Dramatic Reversal and in general infinite mana with commanders like Kenrith, the Returned King and Thrasios, Triton Hero

.
There are like 8 different Protean Hulk piles.
There are like 2 different Razaketh, the Foulblooded piles.
Food Chain has more than 5-6 viable commanders that can consistently win turn 3-4.
Underworld Breach is the new kid on the block with 2-4 piles himself.
Worldgorger Dragon in rakdos.
and then there are really cool and weird commander specific wins.
examples: Selvala, Heart of the Wilds,Elsha of the Infinite

Sure Consultation Oracle needs 3 mana to win and currently is the fastest but there are a lot of tier 1 decks winning turn 3-4 without it.

Not really fun of this deck, if I dont count that expensive mana base and "all cool cards together", but... with Animate Dead, I recommend running Worldgorger Dragon, if you and your playgroup are OK with some infinite combos. combo explained here
With something like: Scourge of Valkas / Terror of the Peaks / Dragon Tempest / etc., you can deal infintie damage to all creatures/opponents.

When it comes to reanimation targets, you want creatures that function identically to spells. Removal spells, draw spells, etc. That way you can go all-in on the reanimation strategy while also pulling off interaction at the same time. With that in mind...

Solemn Simulacrum for ramp and draw

Worldgorger Dragon goes infinite with Animate Dead, Dance of the Dead, and Necromancy very easily. Then you have infinite mana to do stuff with. It's worth the price tag and is a wincon in reanimator cEDH decks.

Tendershoot Dryad/Avenger of Zendikar can take over boards. They aren't all that cheap, though.

Phylath, World Sculptor can make tons of tokens and is more budget friendly

Vilis, Broker of Blood is surprisingly budget, and takes over any game

Sepulchral Primordial/Diluvian Primordial are like spells on big sticks

Any of the eldrazi that shadow63 mentioned

I'm mostly familiar with mono-red reanimator because of my commander Feldon of the Third Path. He would work great in a reanimator deck, too. Especially one with lots of creature-based shenanigans. Also, Chainer, Nightmare Adept

is great at reanimating. He also gives Korvold haste and any creature you have in hand (provided you discard it and cast it from the yard).

Could always throw in a Worldgorger Dragon for a 3rd win-con, as you already have all it's reanimate pieces, go go infinite on mana and win with Dack Fayden.

Could be unnecessary but an idea.

rkjunior, At first I wasnât a fan of adding an eldrazi titan, but Kozilek, Butcher of Truth could be a sweet add for sure.

Jensu08, Iâd probably lean more towards adding back Temur Ascendancy if it came down to adding a cheap haste enabler. For now, I want to try out an elemental creature who provides haste, so I can use things like Smokebraider to help with casting cost or to trigger Risen Reef or burn damage if destroyed while Omnath, Locus of Rage is in play. Though the add of an additional haste enabler might not be a permanent inclusion. Itâs just in for testing purposes right now. Iâm excited to get a real game in on paper this week. That should help a lot with the questionable pieces.

MtgSheepish, those are all great suggestions and seem like a lot of fun. I definitely do like the ideas around them. Could make for a sweet deck if built around the ideas.

I didnât consider Worldgorger Dragon because I didnât feel I had enough ETB triggers in the deck to justify a mass flicker. Could be fun with a board full of elementals and Risen Reef. I did consider Realm Razer in the beginning when I decided I wanted to add some sort of form of land hate. Just didnât make the cut. Though I didnât even think about flickering him for the landfall triggers or even reset mana with Amulet of Vigor in play. Also, I am a fan of Manabond and it was an option a couple of days ago, when we were replacing Sol Ring. We ended up going with the re-add of Burgeoning instead. Lastly, I unfortunately cut Omnath, Locus of the Roil because he was feeling lackluster in my testing. Of course, when his draw ability is online, it is easily abused and you can gain so much card advantage with the big guy.

Hey! Really like the deck as a Fellow Omnath and Horde of Notions Player. Since you're running a few flicker effects have you considered running Worldgorger Dragon or Realm Razer? Worldgorger is definitely the better combo piece but resetting your manabase with Realm Razer while Amulet of Vigor is out, the Valakut kill potential or my personal favourite Tunnel Ignus so that your opponents get burned by their own lands are all fun options. Also Manabond lets you dump lands before Song of Creation discards them if you want the extra triggers. Omnath, Locus of the Roil lets you redraw a new hand off Manabond and can do so after the Song discard too. Just some idea's that i'm playing around with for my own deck, thought you might like them as well.

Worldgorger Dragon+Animate Dead is a step in order to generate advantage some other way. Such as having a mana rock out and tapping it each time in response to the exile trigger to make infinite mana, or tapping Scepter of Empires for damage.