Whenever Jedit Ojanen of Efrava attacks or blocks, put a 2/2 green Cat Warrior creature token with forestwalk into play.

Cats and more cats
by LilMissWiz 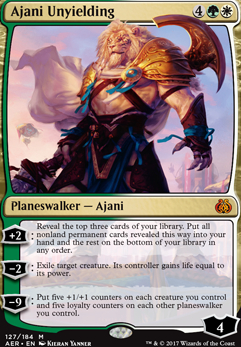 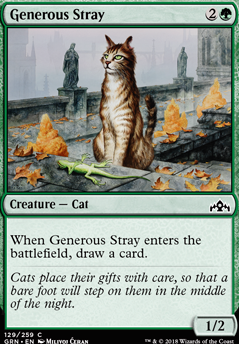 Mono colors are good places to start for budget builds I think. Maybe try finding something you don't normally see (explore the >200 commanders on EDHREC maybe?). Looking for off the beaten path themes can dredge up some janky cards to brew around too.

Alrighty, so I found a couple interesting ones. Jedit Ojanen of Efrava seems like he could be a Voltron and/or Go Wide type. Turn cards into forests with Lush Growth and similar cards. Similarly, Anthousa, Setessan Hero could be another (aura/cantrip) Voltron/Go Wide type. With all the green power based draw you'd never run out of gas.

DemMeowsephs thanks for the suggestions.. trying to keep the land base reasonably budget but some very reasonable like Canopy Vista. I have Jedit Ojanen of Efrava and will add. Also thinking about adding Kaheera, the Orphanguard as Companion.. need to read up on how that works as haven't used one before. thks