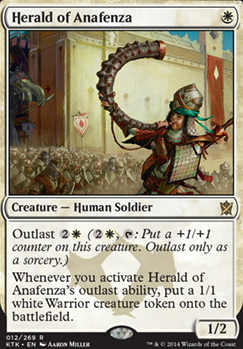 Whenever you activate Herald of Anafenza's outlast ability, put a 1/1 white Warrior creature token onto the battlefield.

You have 2x Herald of Anafenza and no Odric. Which one are you using? I'm guessing it's Odric, Master Tactician ?

What do you think of slotting in Elesh Norn, Grand Cenobite ? I know she's mana spendy but if you could get her out early or cheat her out, or just a late game drop, that would snuff out goblins on the spot. Just something to think about...

Kogarashi on Nooze and Herald of Anafenza â¦

Temporal_Inept on Nooze and Herald of Anafenza â¦

Not quite sure how the interaction with Herald of Anafenza and Necrotic Ooze goes. If you use the Nooze to outlast, do you get the 1/1 Warrior? 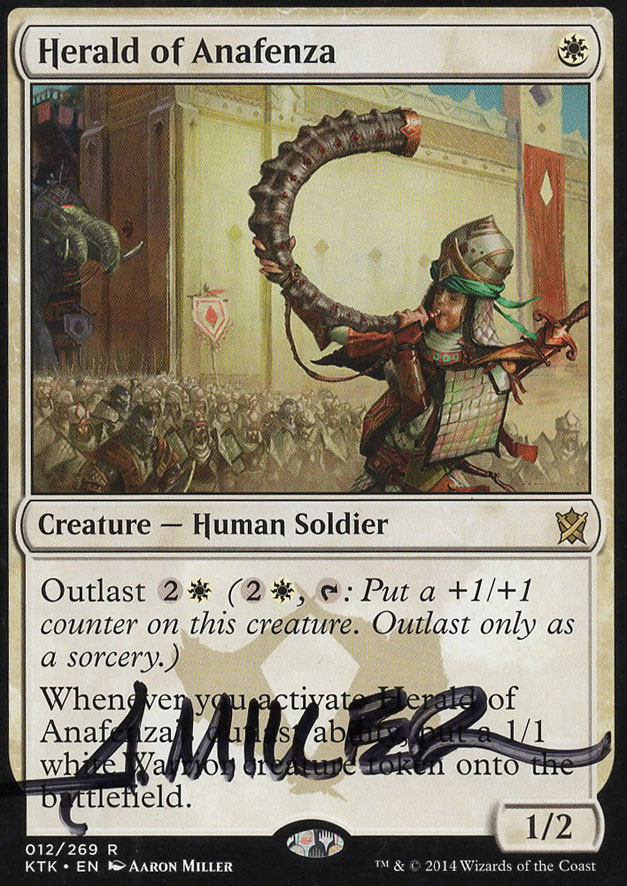