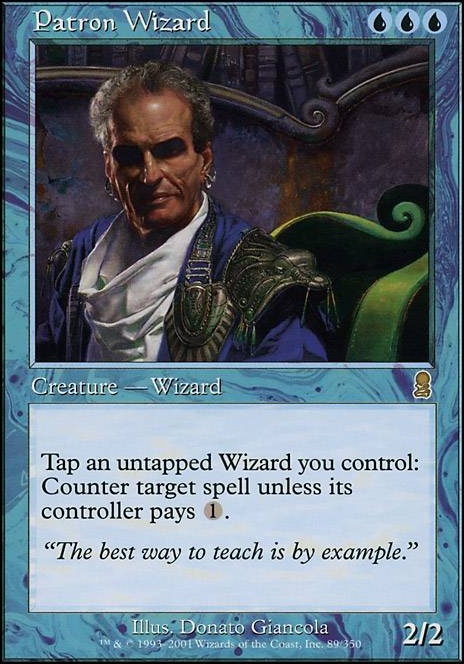 Tap an untapped Wizard you control: Counter target spell unless its controller pays (1).

Patron Wizard occurrence in decks from the last year

Azami, Lady of Scrolls
by TomDenem1010 Curious as to why thereâs no Patron Wizard or Riptide Laboratoryin this deck?

ValasCladdana thanks for the suggestions! I already have Azami on my list to get. Patron Wizard looks pretty rad though!

I know about Galecaster Colossus and am just unsure if I want to add it or not yet. That said, with the addition of Patron Wizard it might be worth it.

Patron Wizard , Galecaster Colossus , and Azami, Lady of Scrolls would add you some further Wizard abuse. Anytime I see Kasmina these are are just amazing support for her wizard tokens