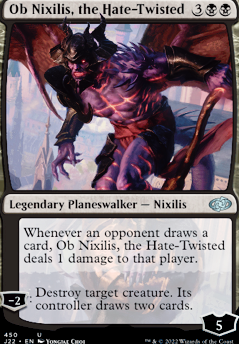 Whenever an opponent draws a card, Ob Nixilis, the Hate-Twisted deals 1 damage to that player.

Drawing is for everyone!
by Elsterooo

Rankle, Master of Hugs
by TonJolley 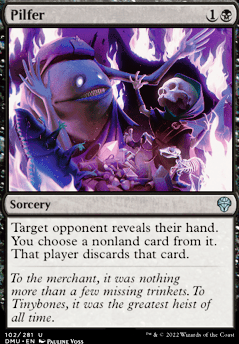 Gonna Cast Another One??
by Goldberserkerdragon 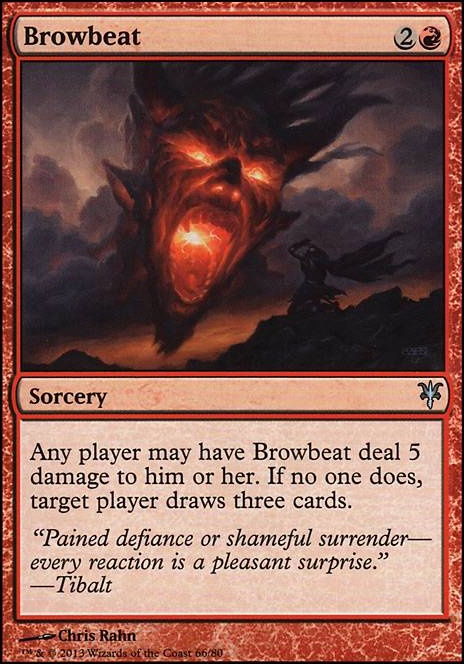 Very cool deck design. There are a lot of nice interactions here!

I think you might want to lean a little bit into the main theme here. Cards like Flamewake Phoenix, Rakdos Charm, and Kulrath Knight are good but don't synergize with your strategy super well.

I think you're going to want to get rid of your mountains and put in dual lands instead; you're probably going to be running mostly black cards by the final iteration of the deck, and since Underworld Dreams requires so much specifically-black mana to cast, it's going to be difficult if too much of your mana is red. It's still helpful to splash but I wouldn't use up land spaces.

My main suggestions for your deck are:

Sheoldred, the Apocalypse is super helpful in this deck and works super well with your strategy. It's also way over your budget, which is the main problem with it. It doesn't seem worth it to me.

Good first draft, I'm excited to see where you take this!

Have you thought of including Ob Nixilis, the Hate-Twisted in your deck as another way to make people angry?

Nice list. A couple of thoughts.... I saw you mentioned you have issues with lands/ramp. By removing the more expensive, less synergistic cards with lands/ramp, it should help make the deck more consistent...

Hedonist's Trove - Stealing cards is fun but not needed

Endbringer's Revel - Black has MUCH better forms of recursion. Dance of the dead, animate dead, necomancy, etc... although if you want not to field recursion, Oversold Cemetery

Ob Nixilis, the Hate-Twisted - Cool with peer from the abyss but too costly. Having opponents draw cards is worse too. Using it on your own creatures for draw seems meh

Witch Engine - Slow ramp that benefits opponents? No thanks

I don't know about this deck honestly. Your trying to be kind to opponents but playing stax? Seems kind of counter productive to me. Stax is like the opposite of being friendly to the other people, so I am just not sure how well this strategy will work. Cards to take out: Mind Stone , Fate Unraveler , Garrulous Sycophant , Kaervek, the Spiteful , Austere Command , Ob Nixilis, the Hate-Twisted , Gang Up . I know that isn't 20 cards, but that is a start. Try to take out cards that do not do what your deck is trying to do. Hope that helps. 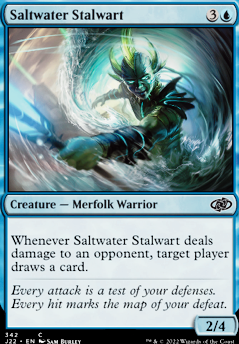 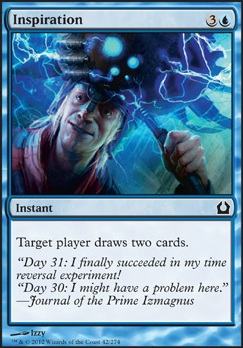 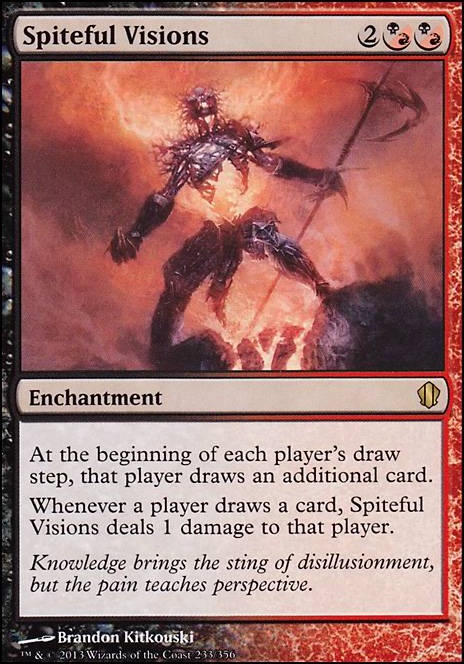 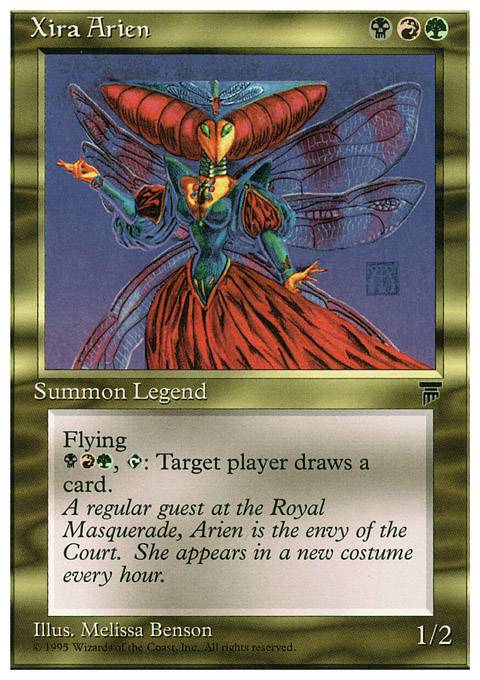 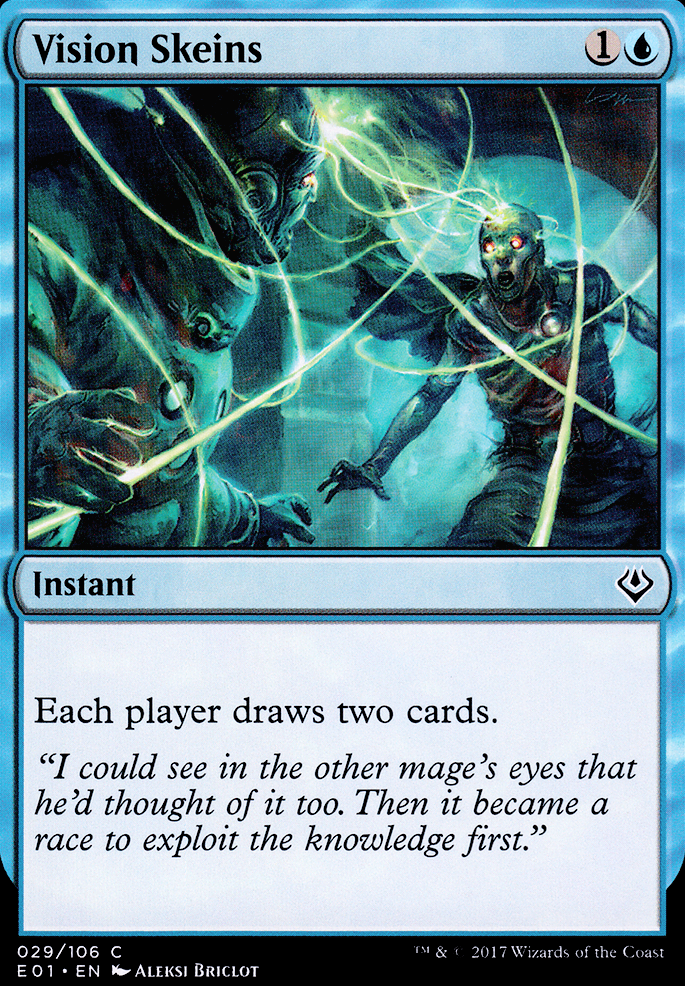 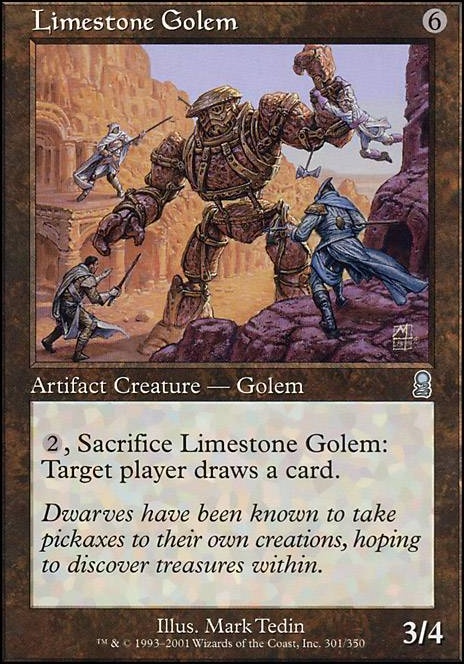 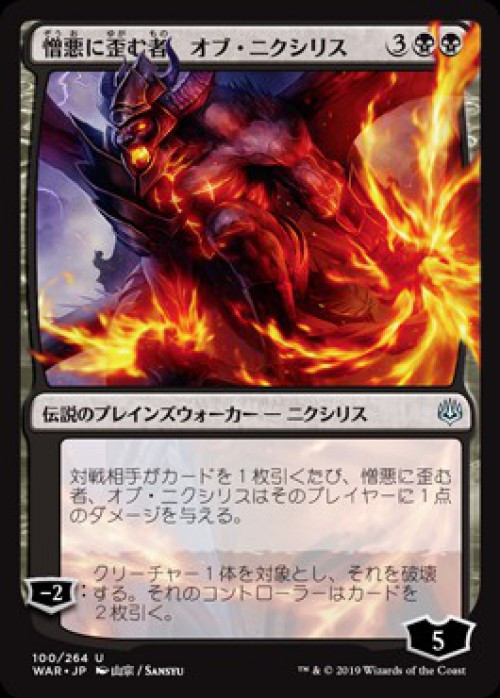