0: Draw three cards, then put two cards from your hand on top of your library in any order.

-12: Exile all cards from target player's library, then that player shuffles his or her hand into his or her library.

Karn Liberated is good but it doesn't fit the theme I feel. Jace, the Mind Sculptor might be a better replacement. Right?

Just a heads up: Jace, Wielder of Mysteries, not Jace, the Mind Sculptor.

Also, you could put Leveler in there, maybe. That's a hard maybe, though, probably sideboard at most.

Uhm, I'd probably suggest splashing some kind of color, as blue doesn't have tons of viability on it's own. I'm not quite sure about MTGO prices, because I saw you mentioned Jace, the Mind Sculptor and budget, so I was thrown off a bit.

Anyway, if sticking strictly to mono blue, I'd probably suggest Hall of Storm Giants as a backup win condition, since the ward basically protects it when you use it correctly, so it is generally an extra threat at little to no investment.

I'm trying to put together a monoblue deck to play in modern league in MTGO and currently I don't think there's any win conditions for mono blue besides Murktide Regent. I can't afford buying 4 copies of that card, it's just too expensive. Other cards I can't afford are Archmage's Charm, Tasha's Hideous Laughter, Subtlety and Force of Negation. My deck consists of Baral, Chief of Compliance, Snapcaster Mage and Torrential Gearhulk to make spells like Cryptic Command and Time Stop cheaper or free. So far I've been thinking about the viability of these cards below as my win conditions, but I'm not sure if I should include them: Jace, the Mind Sculptor and Thassa's Oracle. I'm also including Narset, Parter of Veils and Ashiok, Dream Render for some utility. What do you guys think?

thanks Chasmolinker! My testing has definitely shown that there's not enough graveyard support to warrant playing 4x Murktide Regent. In an ideal world, Murktide Regent is meant to be a finisher that comes down backed up by Counterspell or Force of Negation. Grim Flayer and Jace, Vryn's Prodigy Â Flip are meant to be tempo plays that help fill the graveyard in the early to mid game. I think Grim Flayer is very vulnerable to Lightning Bolt and Unholy Heat. I am enjoying this deck, but I feel like I need to pick a direction, either focusing on early game with Delver of Secrets Â Flip or mid game tempo with planeswalkers like Liliana of the Veil and Jace, the Mind Sculptor.

Recently, someone asked Mark Rosewater about the possibility of having a set with no planeswalker cards, and Rosewater asked the users how they felt about that. Much to my disappointment, the majority of users said that they liked planeswalkers and would not wish to see a set without them.

I started playing this game before planeswalkers were a card type, so I imagine that the users who wish to continually see planeswalkers started playing the game more recently, and, thus, have never known a time when planeswalkers were not a card type. I, myself, am fond of planeswalkers, as I think that they are an interesting card type that adds new dimensions to the game, but I frankly think that WotC is giving them far too much attention from a story and marketing perspective, and, from a gameplay perspective, they have unquestionably made a tremendous impact upon the game; in fact, I would argue that they have warped the game and forever altered its course. The earliest planeswalkers were not too powerful, but then Jace, the Mind Sculptor was printed, and he had a tremendous effect on the game. I wish that I could say that WotC has learned its lesson about making planeswalkers too powerful, but they printed Oko, Thief of Crowns recently, so I am not entirely certain about that.

Again, I wish to emphasize that I think that planeswalkers are very awesome and fascinating cards, but I feel that they are simply receiving too much attention, and that WotC should use them more sparingly, to make them seem more unique and impressive. I recall that Mark Rosewater said that, when planeswalkers were initially introduced as a card type, WotC planned to use them only on occasion, but they were so popular that WotC decided to make them a regular feature in sets, which I believe was a mistake. If WotC could have planeswalkers in sets only on occasion, I would be very pleased.

What does everyone else say about this? Would you like to see a set with no planeswalker cards? 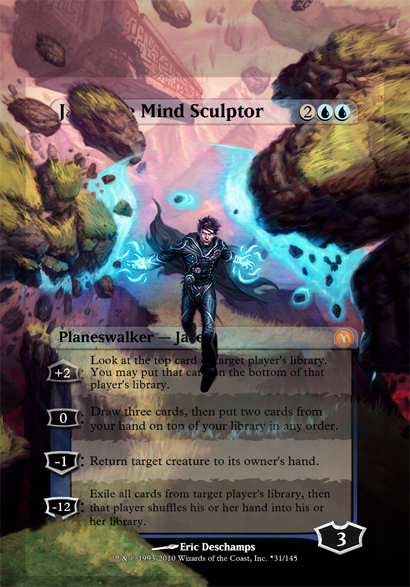 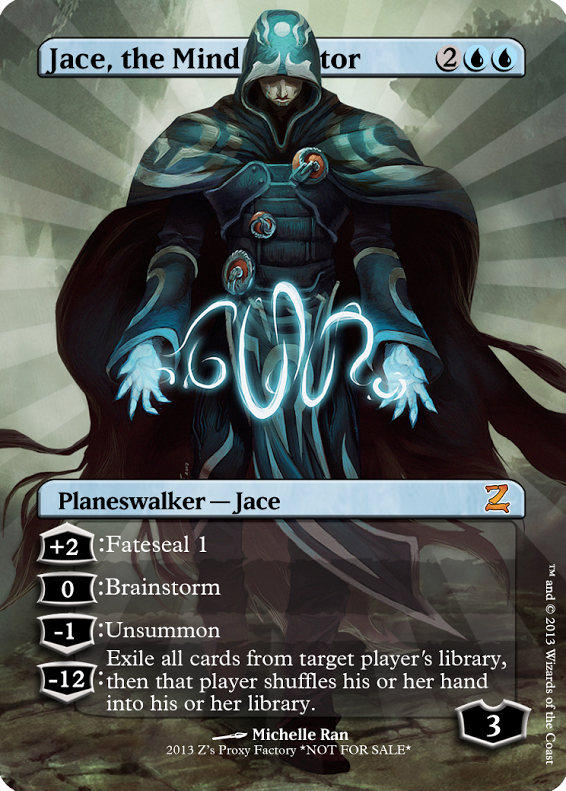 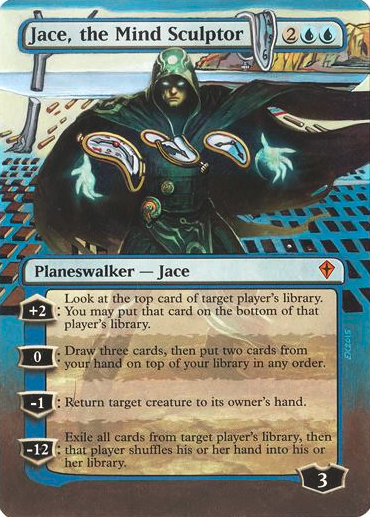 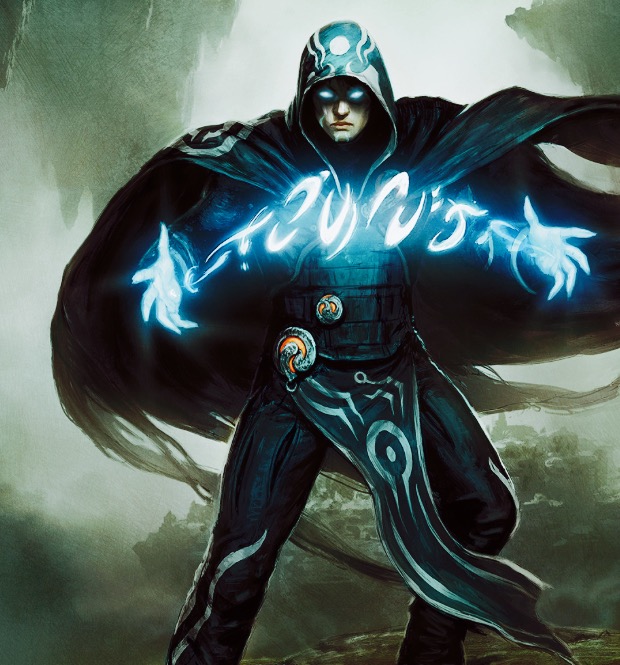 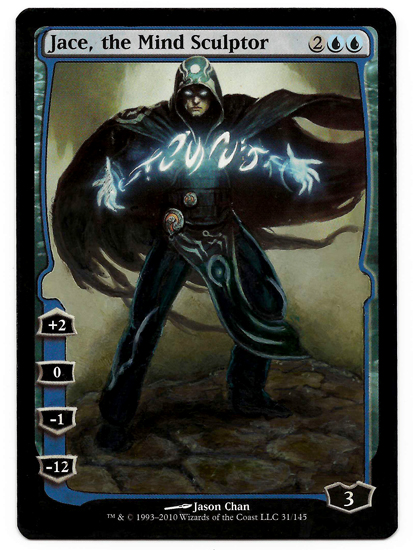 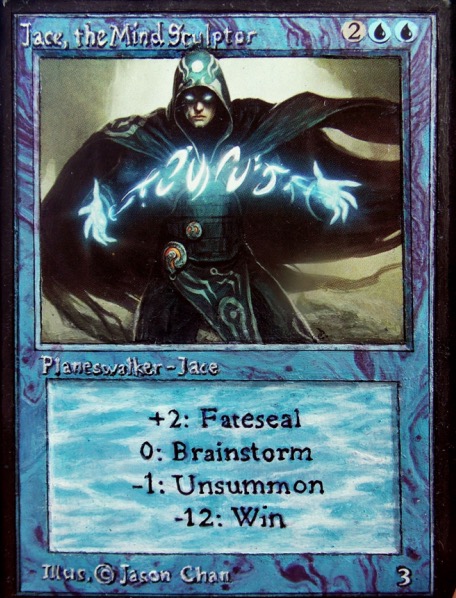 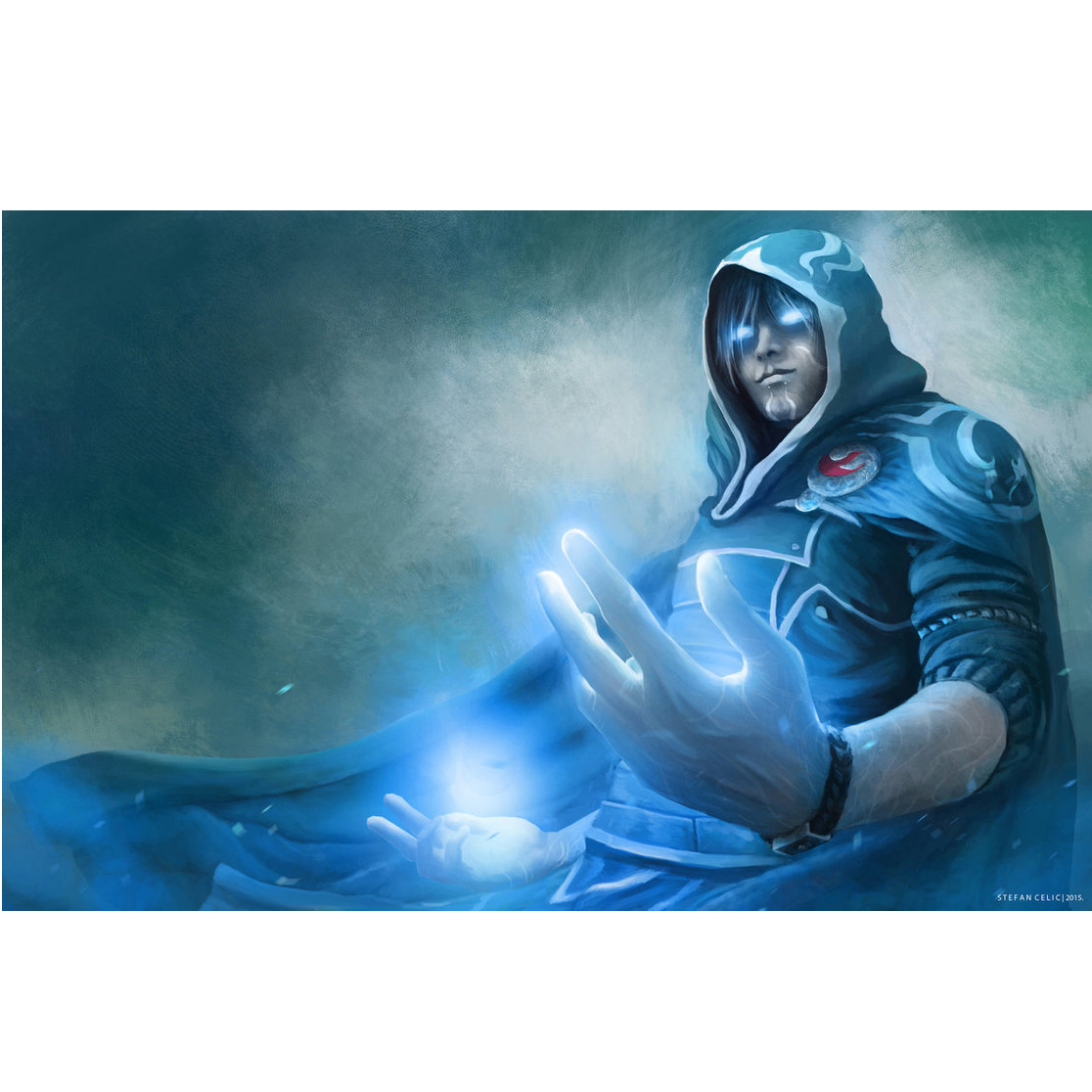 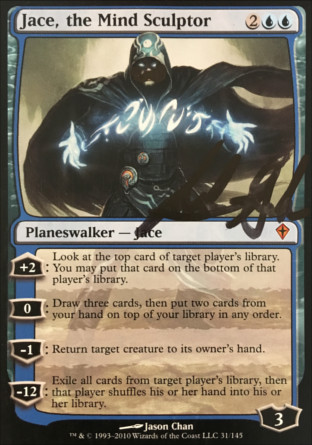 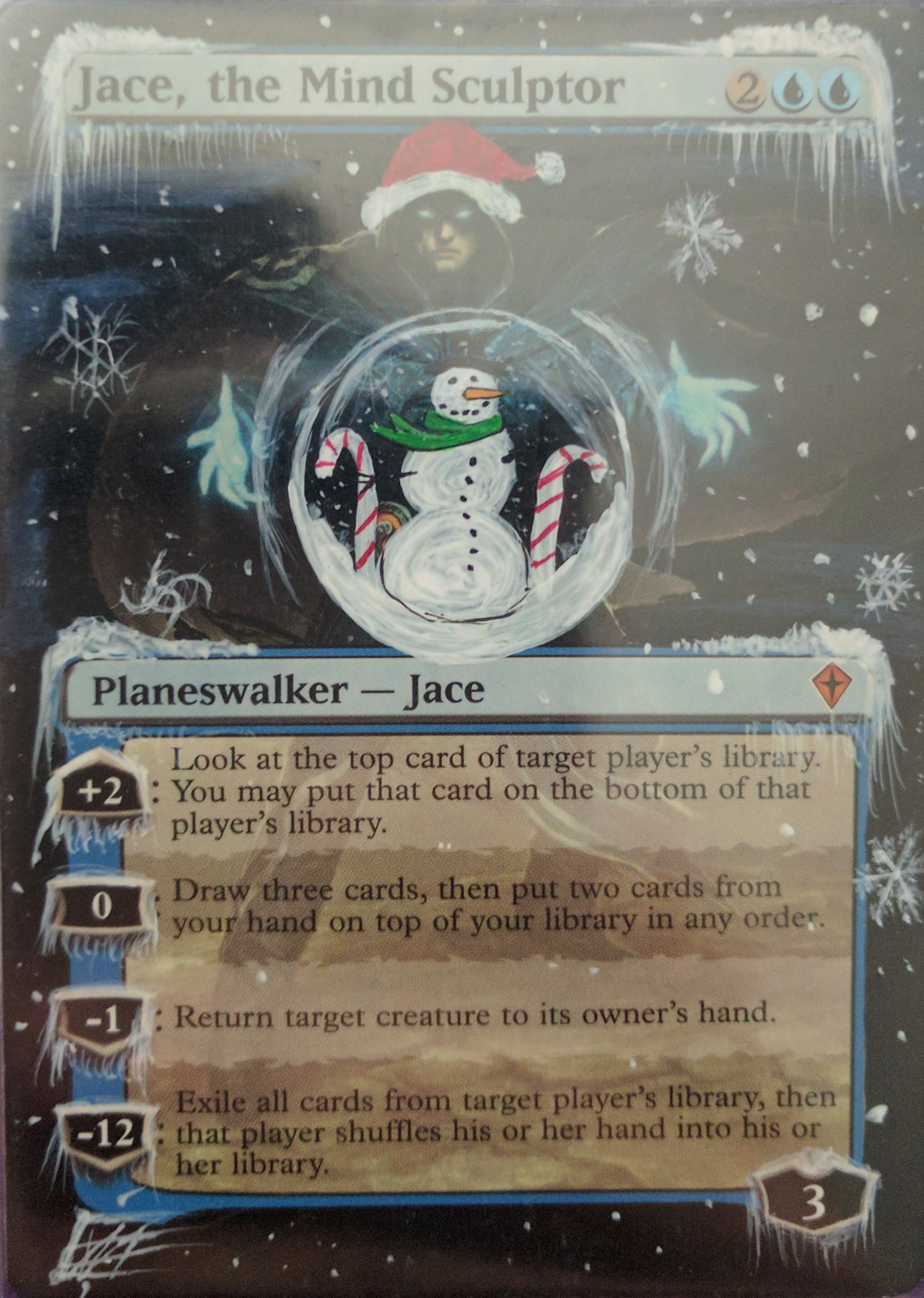 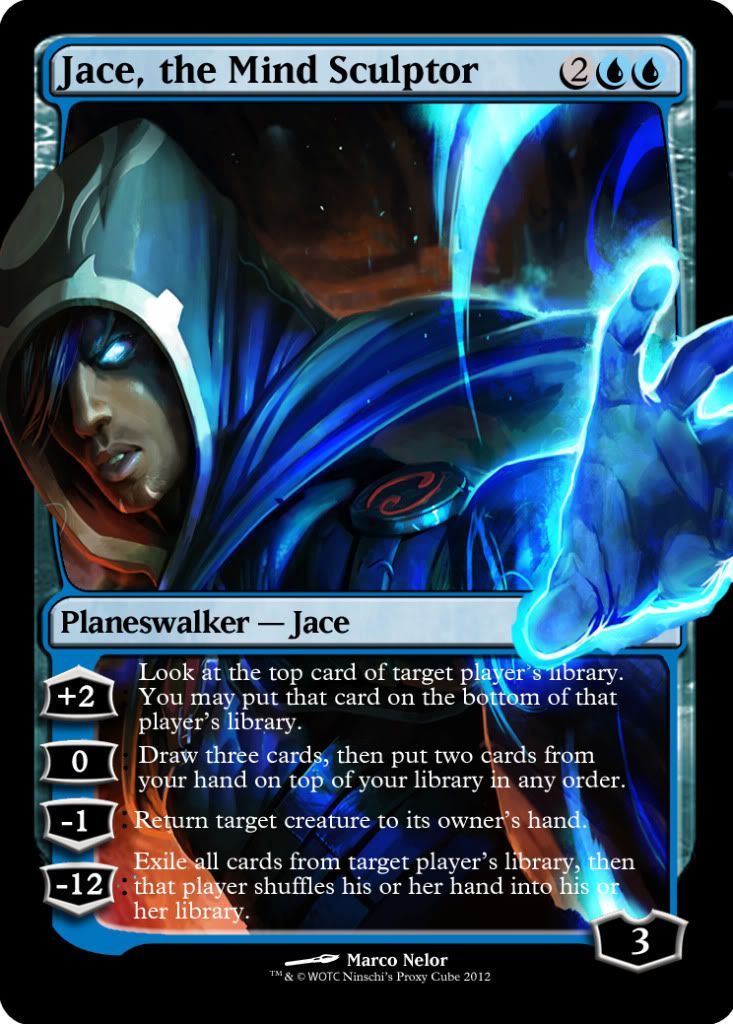