Look into creatures with the "Bestow" keyword. They're a good answer to removal since they hit the field as creatures afterward. Unfortunately very few fit into the mana cost you've set out but here are a few I think would be good

Additionally Gift of Immortality can help avoid having to re-cast your commander.

lhetrick13 - Yes I agree, a second pair of eyes really helps sometimes. One of the good things about TappedOut I suppose, there are plenty of people to lend you their eyes.

I see your point on Aether Vial, and thatâs totally fair. When you play the Mardu deck you might feel that you have enough ways to get Haakon on the battlefield without the need of Aether Vial. I looked up some other Haakon decks and Aether Vial seems to be a common way of âcheating him inâ.

Knight Exemplar is definitely an amazing card, my own knight deck wouldnât work without her. My thinking is, that if you manage to get a reliable way of reanimating knights indestructible might get in the way as Breathless Knight especially would benefit from creatures traveling back and forth between battlefield and graveyard. If you do Impact Tremors or other Enter the Battlefield or On Death abilities could be good replacements for her. But again, that depends reliable reanimation, and of course what you want yourself. Another silly combo for Breathless Knight is Gift of Immortality. Imagine if you could kill of a knight with Gift of Immortality attached to it while Breathless Knight is on the field!

Iâve had Changeling Outcast recommended to me a few times by others, thatâs why i mention it. Yes it, and other shapeshifters are good cards but Iâm always a bit on the fence regarding them. Maybe Iâm being silly but it feels like âfake tribalâ to me.

Iâm glad that I could be of help! Vampires are pretty fun, and they are pretty versatile too with many types of abilities. And I know what you mean when you say that you have too many things to work on. I used to be the same way xD But Iâve managed to sort out my deck building. Right now Iâm only maintaining my main decks and building just one new one.

You might already know this, but if you want to playtest without having to buy the cards first I could recommend both Cockatrice and Tabletop Simulator. The first is a free program where you can play MtG online, and you have all cards available. The second you need to buy, and you need a little bit of preparation, but it feels much more like real magic.

Guerric: It's more like Pattern of Rebirth and Gift of Immortality got combined, but yeah.

legendofa on Pattern Recognition #237 - A â¦

Peanut gallery reporting in! I've been waiting for this, and I hope I'm not being obnoxious about it.

This note isn't a criticism, but just an observation. Erosion is the only common ever printed that needs three mana of the same color, and that was back in 1995. I don't know if there's some special reason why it doesn't happen, but Fisher of the Bog caught my eye for that reason. I don't know if it needs to be power-adjusted, but maybe reduce the color density? I leave this in your capable hands.

Undying Endurance feels to me more like a variant Gift of Immortality or Fool's Demise than Undying Rage. This feels like an uncommon, since it can keeps recurring itself and the creature it was attached to. I would suggest either pushing this up to uncommon as-is or adding an additional cost to the enchantment's self-recursion.

I love the design of Warning from Beyond, and it fits with Duelist very nicely.

Cruel Lessons takes the low cost of Sign in Blood and the speed of Blood Pact and puts them together. Probably not too powerful, but worth keeping an eye on, in my opinion.

I agree that Bog-Mad Warlock's spectacle cost should be . That would make it a decent side-grade to Elderfang Disciple, Liliana's Specter, and similar cards.

Thanks for posting these articles. It's a lot of fun watching the creative process, and I hope my thoughts are helpful in some small way. 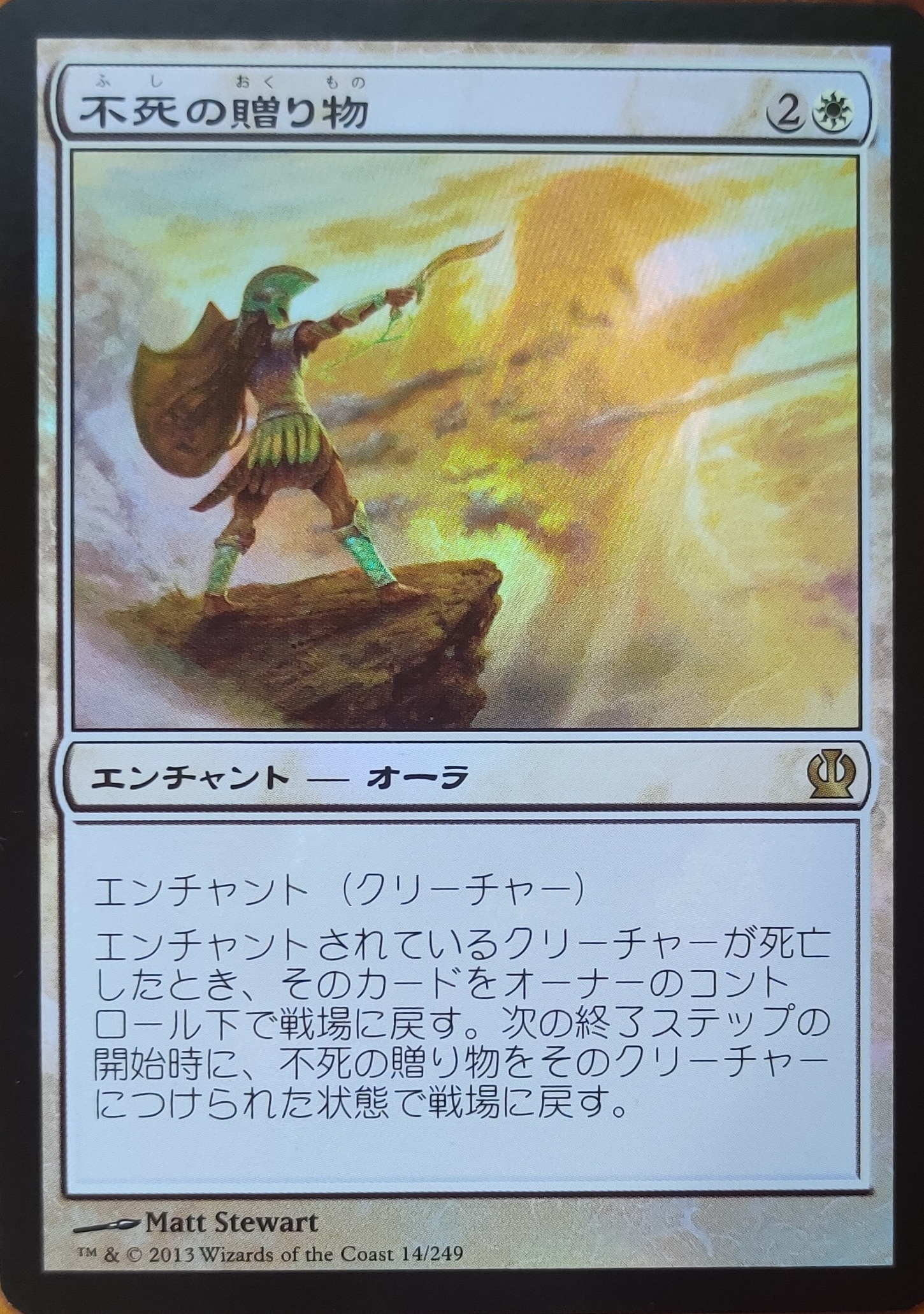