Whenever one or more creatures cards leave your graveyard, create a 1/1 black Bat creature token with flying.

The Forbidden Forest
by Sheldaconda 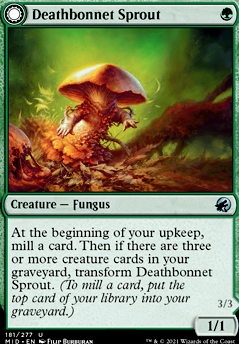 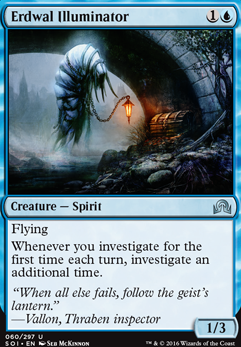 Liesa Sacrifice RE
by Prayvarrow

Neat! Desecrated Tomb is an interesting card, albeit a little expensive mana-wise - still, is a nice payoff for this kind of deck.

Hey, thanks for the speedy reply!

I played a The Gitrog Monster land dredge-type deck and "the big 3" dredge creatures Golgari Grave-Troll , Stinkweed Imp and Golgari Thug had put in amazing work in the deck. Usually we only ever dredged with them. I figured i'd ask as we have many draw effects here within the hogaak list and figured it would put in some good work! I am building this and making some slight modifications, notably I feel like Worm Harvest would put in MASSIVE work in the list. For recursion sake and synergy I feel like Desecrated Tomb is worthy of a main deck slot.

I digress, Thank you for sharing your thoughts and list! Much appreciated! I look forward to terrorizing the playgroup with this list ;)

This deck looks like a lot of fun, and I don't play mono-black at all. I do have two decks that run Tormod, the Desecrator though, and he's really amazing. The value he generates I believe makes him worthy of a spot in the 99 instead of the sideboard.

Another fun little piece I love that can synergize well with Syr Konrad is Desecrated Tomb . But I'm not sure if you'd want to replace any of your more potent artifacts with it, since it just makes 1/1s.

I'm very happy to see Tormod, the Desecrator in here! He is one of my favourite cards from that set. I have him in two different zombie decks (one of which he is a partner commander) because I love his effect so much.

There are a few other things that will give you bonuses for removing things from your graveyard. I'm not sure how much they fit your theme, but Syr Konrad, the Grim is fun for the ping damage, and Desecrated Tomb gives you bats!

If you do end up including these, I would definitely recommend Zombie Apocalypse too for the combos you could get off.

This looks like a fun deck, either way. Good job!