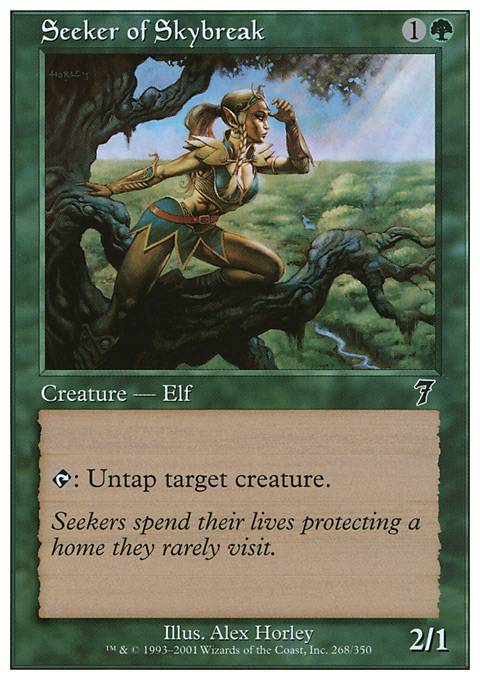 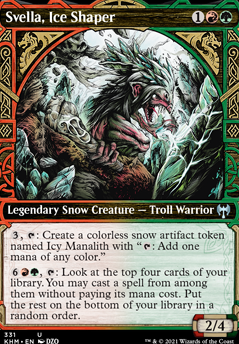 I did consider Augusta, Dean of Order for this deck, but I donât prefer it over the other untap options. Itâs basically giving us half the effect of Aurelia, the Warleader . If adding another such effect, I want it to also give me an extra combat step. I also prefer Seedborn Muse and Seeker of Skybreak over the dean. The Muse has great potential with our mana sinks and Seeker of Skybreak allows for bursts of mana to play our expensive spells very early.

FounderX OMG you just made my day with the "Pricy but spicy" comment. I am totally using that going forward. =)

Glad to see you have already looked at some of those recommendations. I play in a competive meta so in my version of Lathril, Elfball! copy, I needed to add more instant speed targeted removal so I added Assassin's Trophy , Golgari Charm , Nature's Claim , and Beast Within , which you are already running. I found this really helped and saved my butt several times when your opponent has death on board. I have to admit Golgari Charm has been a really strong upgrade mainly for the regenerate ability, but the other two modes are still really strong. I was able to decimate a Krenko, Mob Boss deck thanks to the -1/-1 mode.

Two other cards that have worked extremely well in my deck has been Cover of Darkness and Genesis Wave . Most games Cover of Darkness will make all your creatures unblockable to one or more players which can quickly end games.

For Genesis Wave we are already making silly amounts of mana with our mana dorks so most games I am casting Genesis Wave for 15+ which means 5 to 8 elves along with a hand full of lands/enchantments/artifacts. The only problem I have with Genesis Wave is the deck's lack of haste because, as soon as I cast it I instantly become the prime target for all the other players. However, if I manage to untap with all the perments that Genesis Wave puts in play I typically win the following turn. High risk / high reward right?

A few cards I have thought about trying are, Green Sun's Zenith , Concordant Crossroads , Song of the Dryads , Fauna Shaman , and Seeker of Skybreak . Fun fact, if you give Song of the Dryads to your opponent and have Elvish Champion out all of your elves become unblockable to that player. What are your thoughts on these cards?