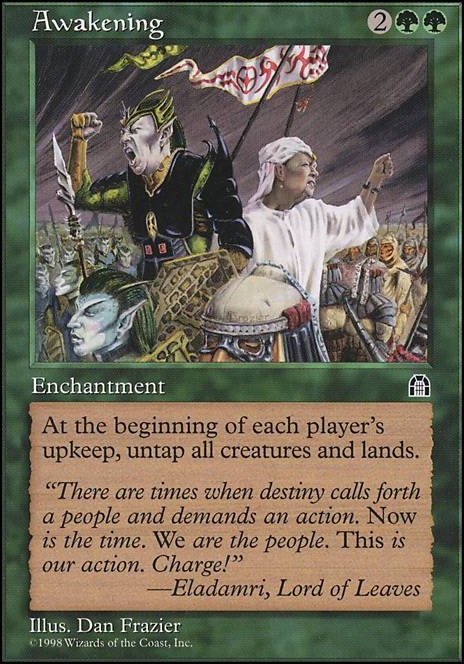 At the beginning of each upkeep, all players untap all creatures and lands they control.

Awakening occurrence in decks from the last year

Why Salamanders?
by Hitandrun15

Power Surge is a great punishment card for Yurlok, as it forces your opponents into no-win scenarios where they take damage either from tapping or not.

Pair that with Awakening and Price of Glory / Manabarbs and your opponents are not going to be having a good time.

If you want any more ideas feel free to check out my own list.

Here are some others that might be worth considering: Storm the Citadel , Attrition , Shamanic Revelation , Moldervine Reclamation , Wilderness Reclamation , Awakening , Parallel Evolution , Carnival of Souls , Revel in Riches

Looks great so far. Personally I would make these swaps: