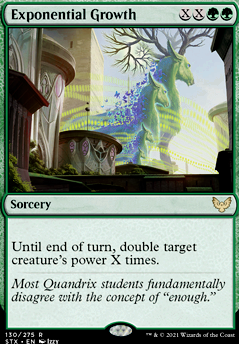 Omnath, Locus of Shotgun
by IsaacSpencer 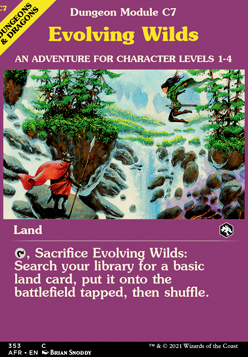 Emissary of Rivendell
by OnTheCurve

Maybe try Exponential Growth? Super fun way to give a good falcon punch. I actually use it in my deck called âthe REAL one punch man, so it seemed appropriate

Sublime Archangel, Unnatural Growth, and Sunhome, Fortress of the Legion have good repeated use.

Some good one time instants are Berserk and Hatred. Exponential Growth for kicks and giggles. Thereâs also Thromok the Insatiable who could fit depending on the deck style.

Pathbreaker Ibex and Craterhoof Behemoth can make a creature bigger, as well as lots of others. Throw God-Eternal Rhonas in with this group. And maybe Nylea's Colossus, too. Letâs also add Kalonian Hydra.

Also sacrificing cards like Yargle, Glutton of Urborg + Exponential Growth + Elvish Herder could win you the game if I understand correctly.