When Cavern Harpy enters the battlefield, return a blue or black creature you control to its owner's hand.

Cavern Harpy occurrence in decks from the last year 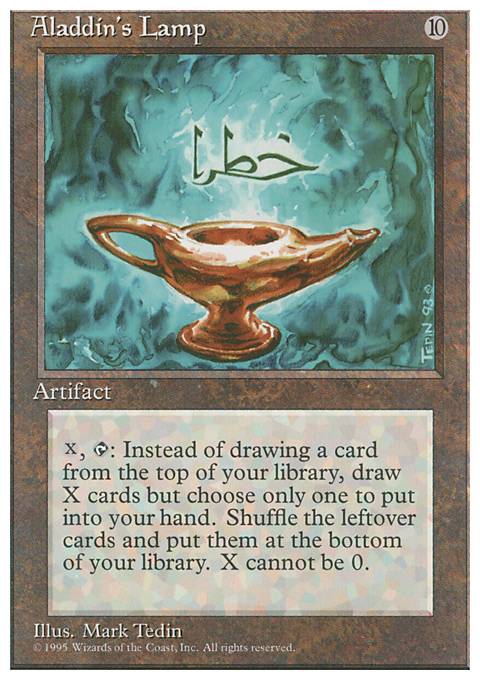 Become No One
by FiremindFanatic

Pauper Artifacts or How to Combo 26 Different Ways
by CallMeYord

Cavern Harpy. Just discovered this card, AWESOME way to get around Commander Tax with Lazav, the Multifarious !

Also Cavern Harpy would be great in here, as it can bounce itself for 1 life, which is useful if it's already on the board and you need it to get your combo started with aluren/intruder alarmn.

What about adding the Cavern Harpy + Aluren + Ukkima, Stalking Shadow

combo as a backup plan ?

dingusdingo: If you have a look at MOST Tazri lists, they run all three of the aforementioned allies. This is because Food Chain, a CFE creature and General Tazri is not a win condition. Tazri still has to tutor up one of the actual outlet creatures. Because if you run just one of them and lose access to it due to self exile, even with FC, a CFE creature and Tazri, you still can't win the game. Sot it's not a matter or "Whether your favorite Tazri list runs 3 outlets instead of 1 doesn't really matter to me", it's actually a matter of basically every Tazri list running multiple win conditions so they don't brick their deck.

You never once made mention about how this deck could run a hulk package, especially since you liked running Nomads en-Kor which is a white card and such can't be run in the deck.

My first comment explained the value of having the commander be part of your win conditon loop. Your first comment was "why is this deck a thing?" like somehow this deck is being thrust upon you such that you have to play it. My comment to you was simply, you didn't need to comment on somebody else's deck for the sole reason of telling them that their deck is less good than other options out there, and this was only after providing a simple explanation (to another user) about the benefit of having a win condition in the command zone and you arguing with me about it.

While that comment was made to highlight your actions, please be assured that I have zero interest in posting anything on you lists, given the vitriol I have been met with while simply trying to explain something.

Parosox: Apologies about this getting derailed on your list. I have seen other whale wolf decks running an package Aluren with Cavern Harpy since these two also form an infinite loop. While your current build isn't an Aluren one, yo ucould lean into it a bit as there is a good overlap between FC and aluren cards.

DrukenReaps Agreed. Mairsil can be dealt with easily in the form of player removal. Most of the protection pieces I had costed life rather than mana so that Mairsil remained on the field. Flicker effects like Aetherling and such effects are great, but when you run out of mana and cant protect Mairsil, you gotta have effects to protect. Cavern Harpy lets you return Mairsil to hopefully recast if someone targets him, keeping CMC down on him. Mischievous Poltergeist is probably the all star, cause unless someone is playing an effect that prevents regen, paying a life and blowing the board with Disk is a great way to protect yourself and Mairsil.

I think a new addition to Mairsil's lists are Pendant of Prosperity. Such a good card (in Mairsil)! Draw two and play two lands seems pretty sweet, and with none of the downside of giving it to the enemy.

Deck is designed to use Aluren for free casts of the majority of creatures. Using this at instant speed and other synergistic creatures allows for some fun shenanigans.

Eternal Witness + Noxious Revival gets us as many spell casts as we want. We can nuke the board with Assassin's Trophy or use Swan Song to create birds and win through combat via Finale of Devastation .

Laboratory Maniac could also be substituted in for a win, since you can easily draw your entire deck.