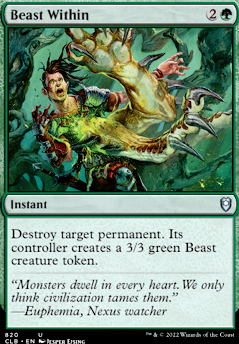 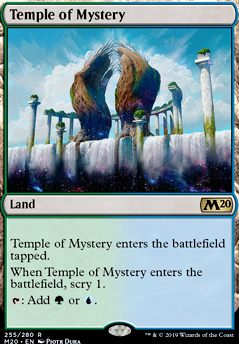 I am so confused. My opponent cast Beast Within targeting something of mine. I have a tapped Kalamax, the Stormsire, have yet to cast an instant and a Narset's Reversal. I cast the narset. What happens? How does that play out (keep in mind I want to make the best play for me).

An arguably better Beast Within I wouldn't say it needs to be every mono green deck.but I'd need a good reason to not use it

Gross. That's a pretty good lock. Better than Ensoul Artifact because creature removal is far more prevalent than non-creature removal. Sure things such as Beast Within exist but those are not in every deck, whereas some sort of kill spell or ability is. 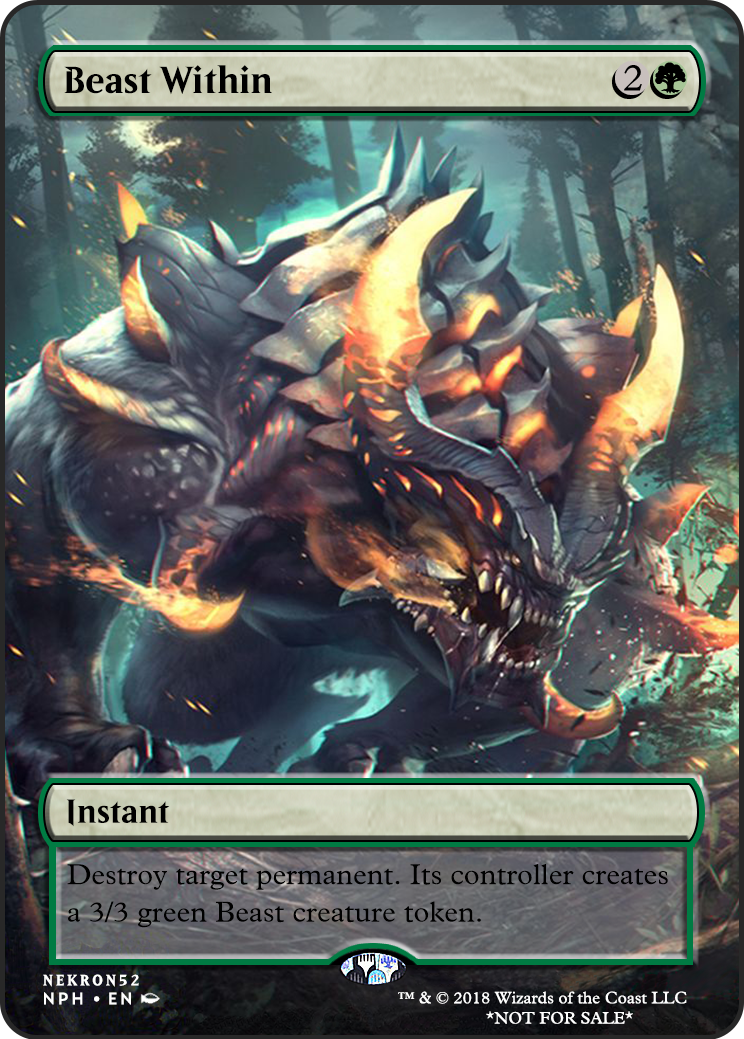 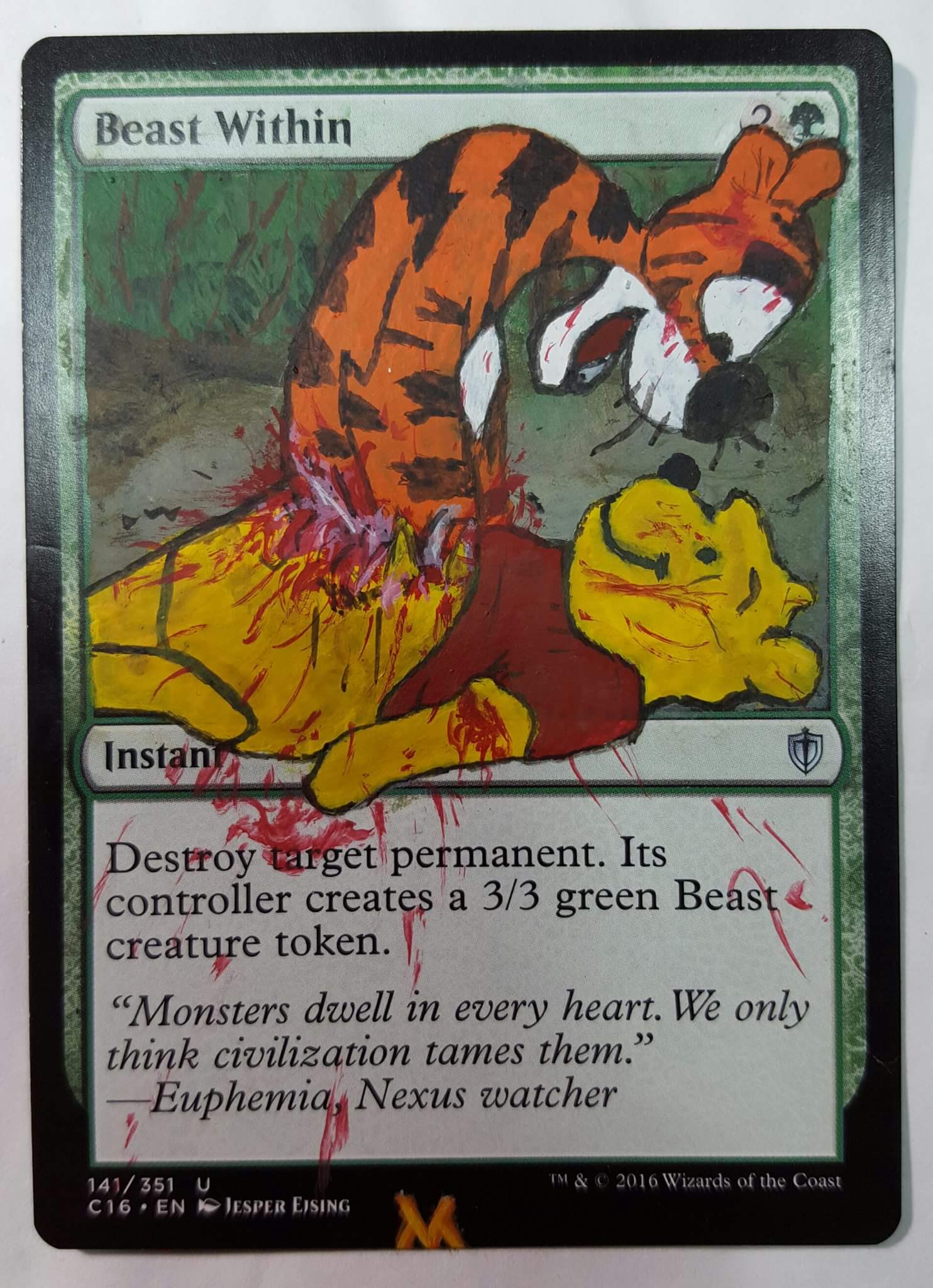 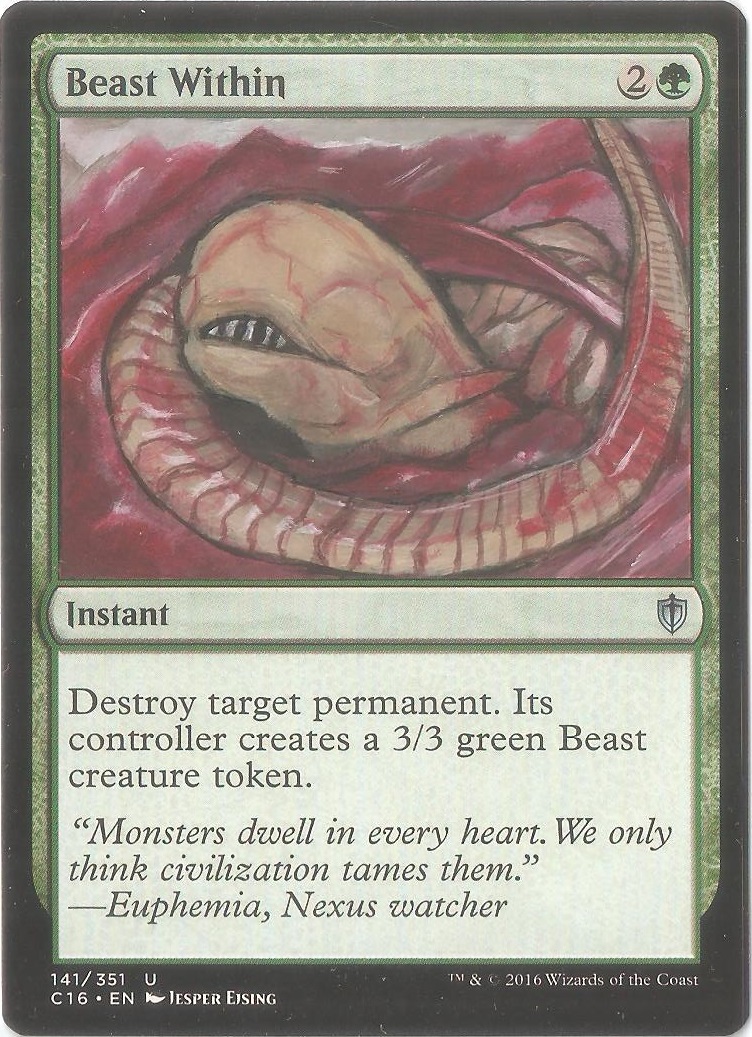 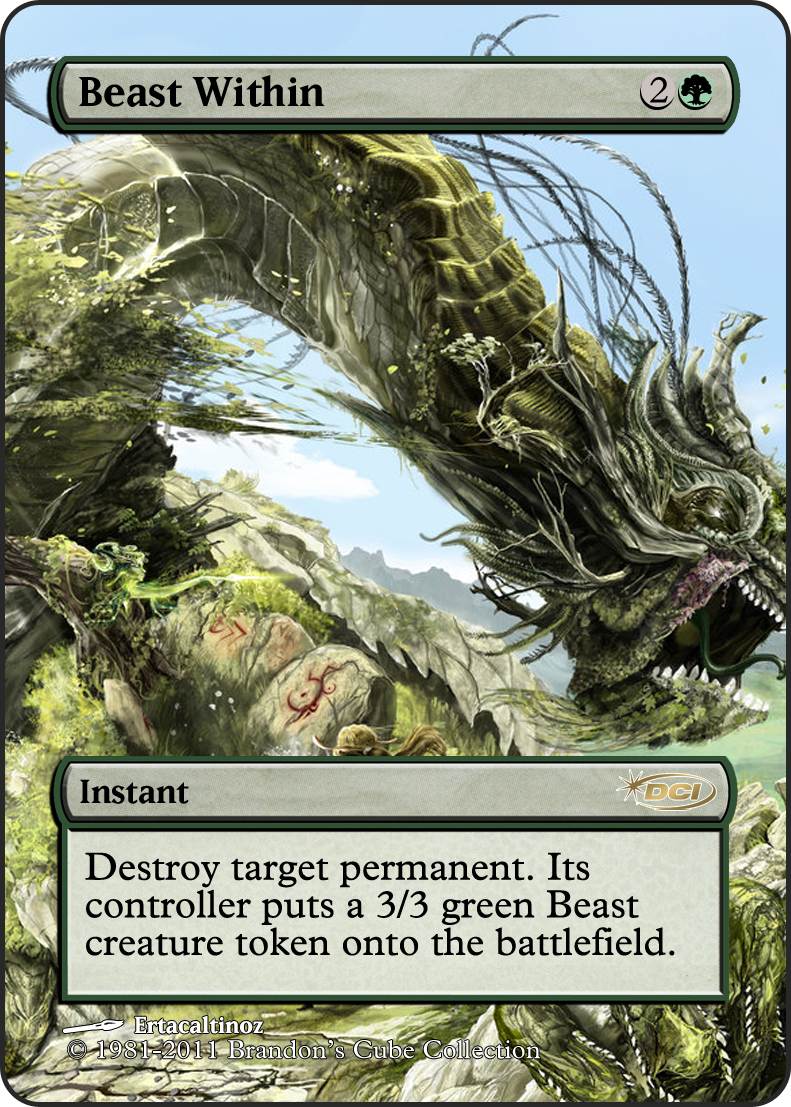 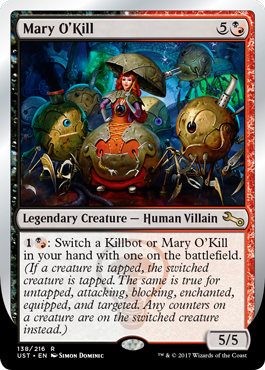 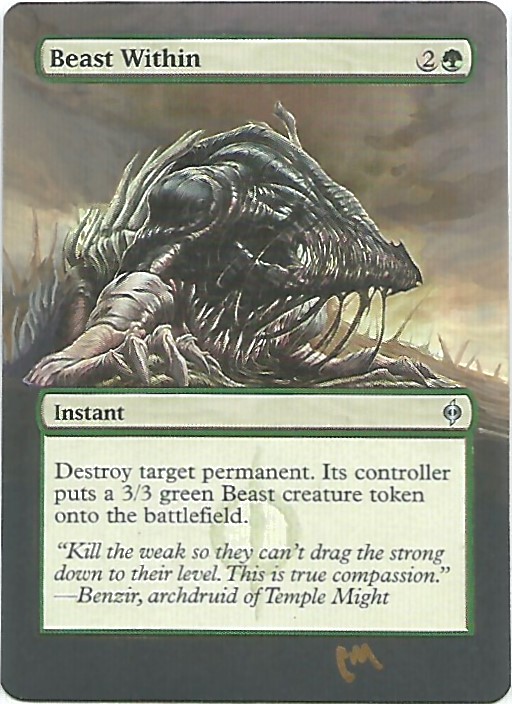 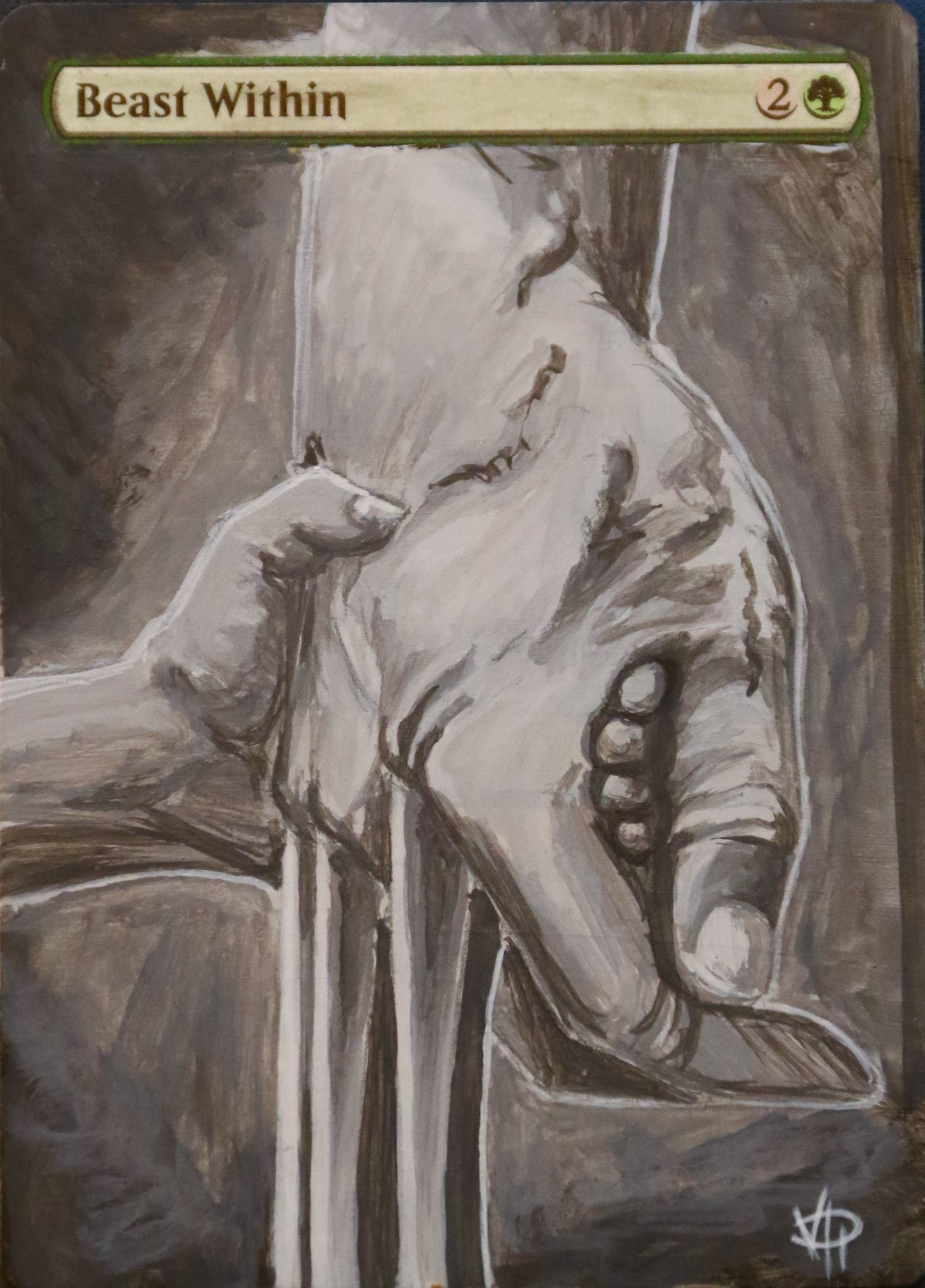 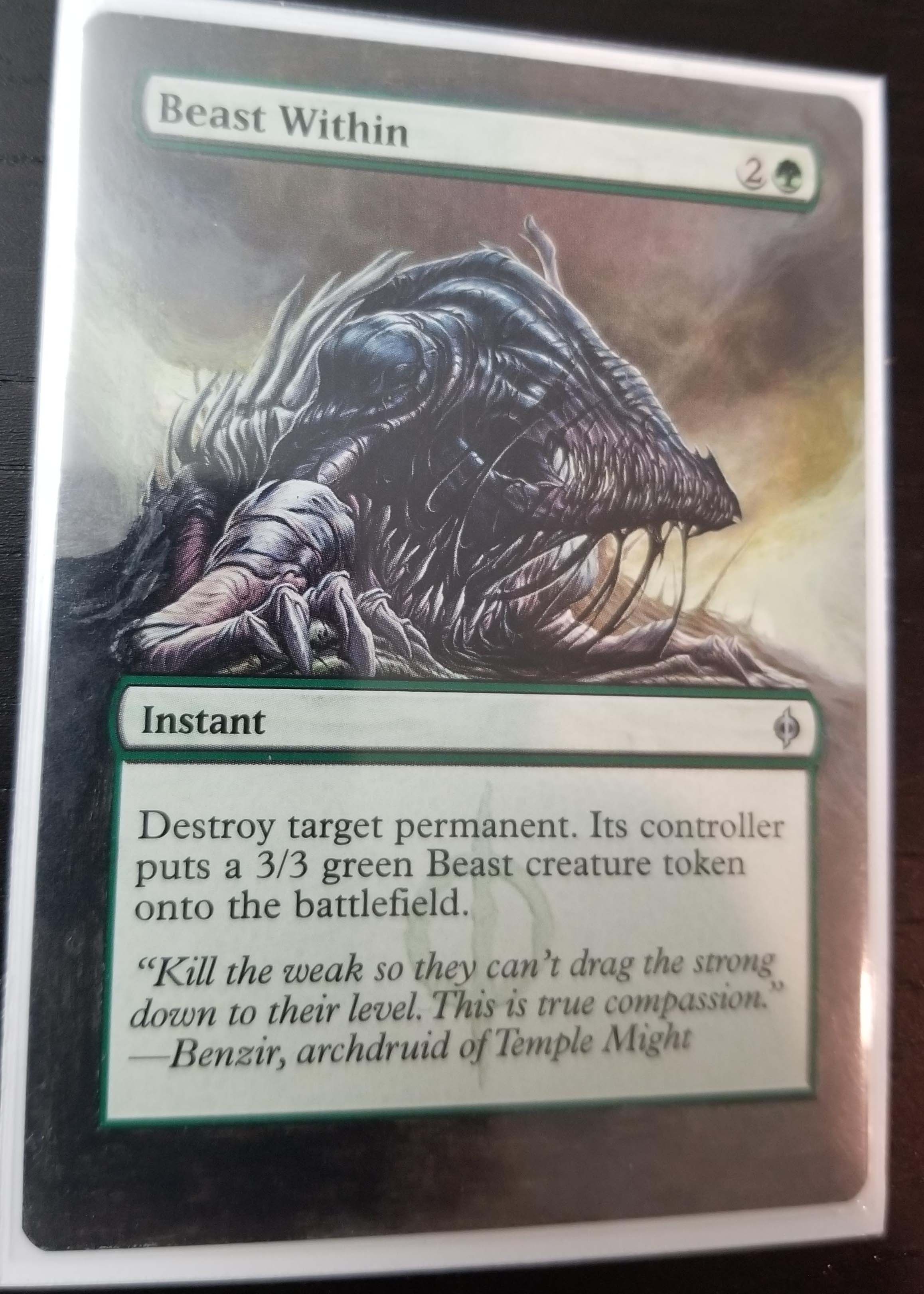 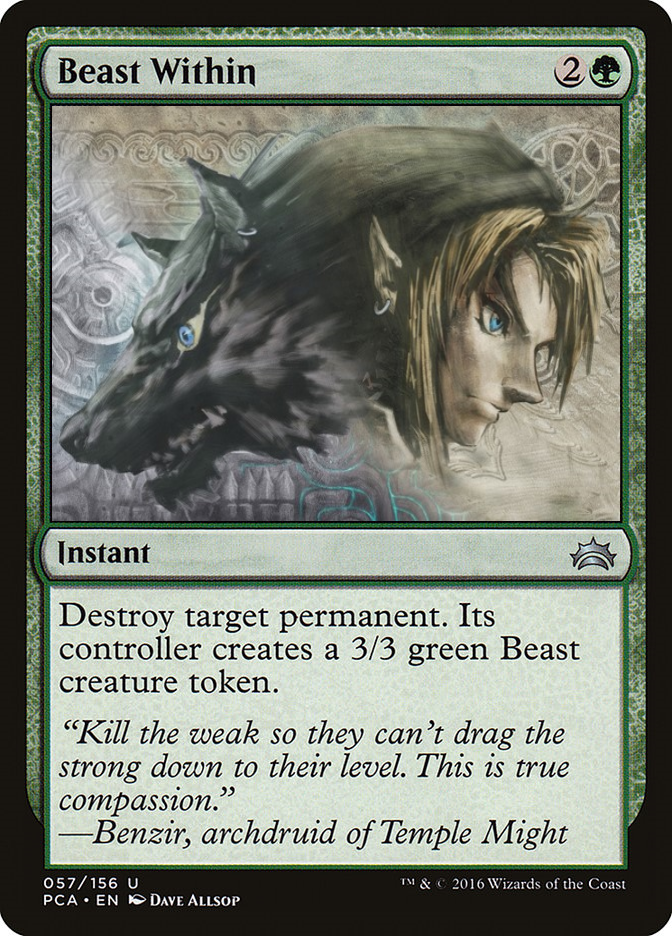 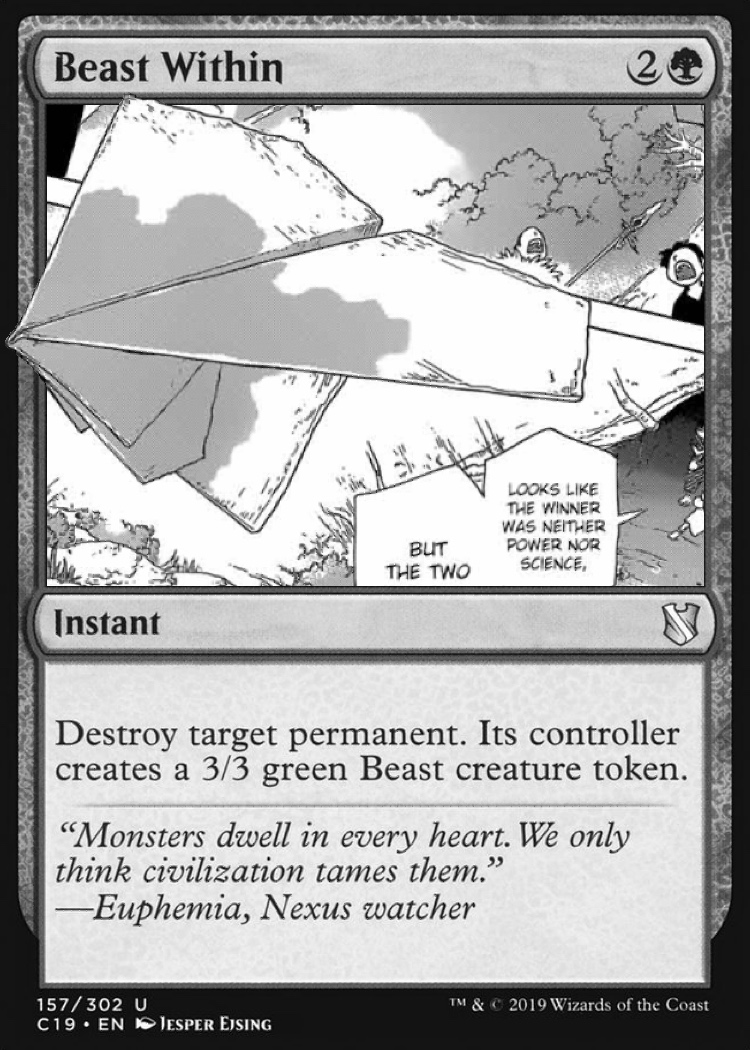