Dragon Broodmother occurrence in decks from the last year 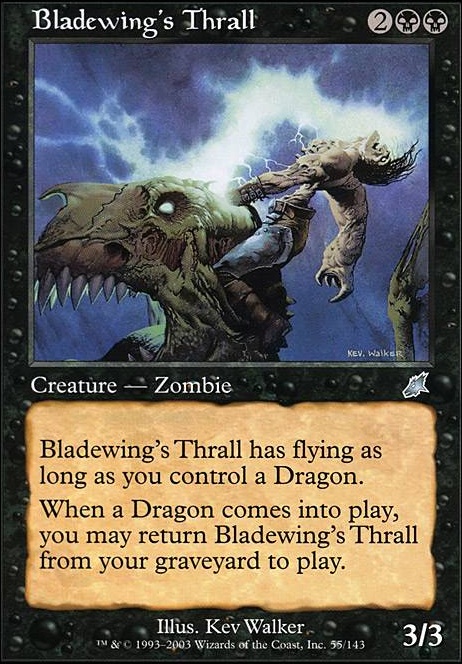 Some great token generators are;

TypicalTimmy on Advertise your COMMANDER deck!

It's more of a Timmy deck, based around big flashy spells and huge creatures.

I have some spells that allow me to take control of multiple targets, which again I can also copy and thereby increase how much I can strip away from my opponents.

Finally, I have some generic bombs in the form of token generators. For example, copying a Dragon Broodmother gives me some massive value.

Lots of counterspells as well, since I'll want to stave off wraths.

I forgot to add Cyclonic Rift . So bare that in mind while looking at the deck.

I would cut the monuments as they are a little underwhelming

I personally love Karrthus, Tyrant of Jund as a haste enabler and to mind control any dragons your opponents might have or stole from you.

Definitely have a look at Urza's Incubator as the cost reduction can be fantastic.

I also really enjoy Dragon Broodmother as a great combo piece with Dragon Tempest or Scourge of Valkas as you get a trigger on each players upkeep which can get out of control very quickly.

Hope these suggestions give you some ideas.

This would require one single green mana, but I feel like Dragon Broodmother would fit in well with your build. I never thought of doing a dragon token deck, I love the idea +1 upvote

Nice deck! A few cards I run in mine that you might like: Life / Death , Squandered Resources , Dragon Broodmother , Eldritch Evolution . Life//Death is sick with skullclamp, especially if you run a way to get lands back from the yard and Broodmother is pure value.

With Korvold, Fae-Cursed King you may want more lands (36) because a land can be the permanent you sac to grow, attack and draw with Korvold. Fetch lands even budget ones: Evolving Wilds , Jund Panorama , Naya Panorama , Blighted Woodland are good if you add Nesting Dragon as these lands give you for more landfall. High Market is a sac outlet that's a land.

There doesn't have to be a big Dragon change with Korvold. Prossh should definitely be included in the 99. Dragon Broodmother and Nesting make a good Dragon team to fuel Korvold's sac. Vaevictis Asmadi, the Dire can sac, but Prossh is also a six drop Dragon and it's much better with Korvold than Vaevictis.

The biggest change will be the support that Korvold wants. Korvold as General for Dragons needs more support than Prossh, but the trade-off is an increase in power level. However, an increase in power level isn't cheap. Many support cards you want with Korvold have expensive prices especially Dockside Extortionist , but even Nesting is expensive price. If this is a problem then Korvold might not be the change you want to make, but Korvold can do more than Prossh if you have the support.

If you choose to switch then these are cards to consider cutting:

The support you want with Korvold are repeatable sources of permanents to sac, some sac outlets and different recursion.

The ramp sources could be changed and the reason to change them is if you draw them after getting Korvold onto the battlefield then they will give you more value then just ramp. Examples of potential ramp changes: