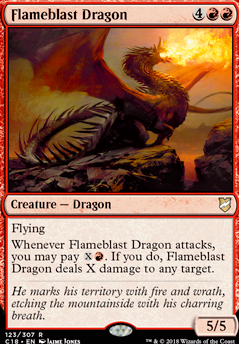 Flameblast Dragon occurrence in decks from the last year

Steal The Top Card
by Ghostbird 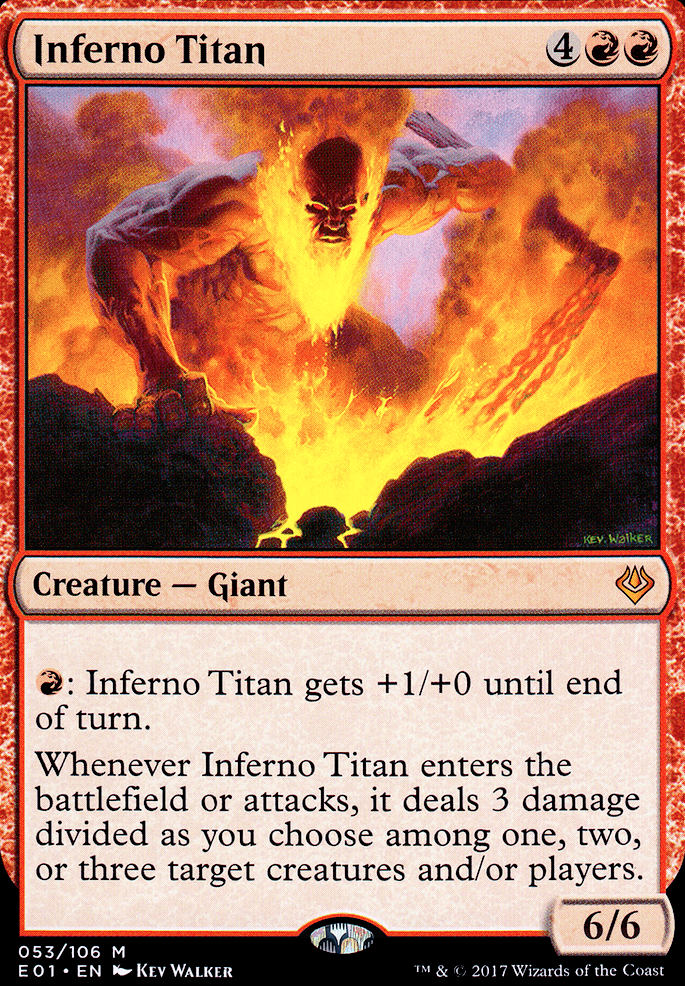 The list as it is now is far too reliant on your commander. If Kaalia gets removed (and she probably will since she tends to draw a lot of hate), then you'll be a sitting duck with that mana curve and no ramp to play your high costed creatures. I would cut your number of creatures in half and replace them with plenty of ramp, removal, and protection for Kaalia. I would even consider some haste enablers so she can attack the moment she hits the field.

Cut any creatures with "Flameblast Syndrome" meaning they don't do anything the moment they hit the field like Flameblast Dragon. If you have to wait a turn to get any use out of them, then you can safely cut them to help other aspects of your deck.

If you run all basics, you're likely not going to be able to get the colors you need to cast your commander or any other spells reliably. I would look for some lands that tap for more than one of your color and replace some of those basics. There are plenty of budget lands that would do the trick.

Thanks for the suggestions. Surrak is a great idea, im not sure who i would remove from the deck to add him in. I thought about exploring cards other then creatures, i have a few ways to get rid of nikya if i wanted to go this route. sabertooth like you mentioned, but you could also haveUlvenwald Tracker get one of the big guys to fight nikya. or you could have Apocalypse Hydra , and Flameblast Dragon kill nikya off as well.

greyninja on Creatues That Work Well With â¦

For actual on-attack triggers, such as Flameblast Dragon , no, they would not trigger.

Apparently I can't read today. Anyway, if you like beefy dragons, how about ones that come with burn attached like Flameblast Dragon ?

And swap out Flameblast Dragon for Smothering Tithe ...