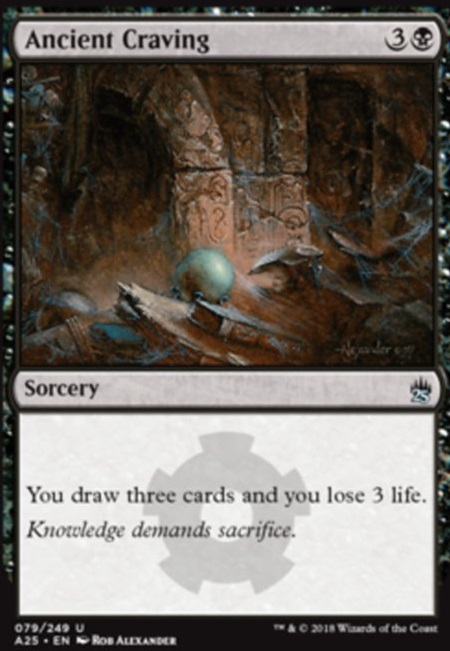 Ancient Craving occurrence in decks from the last year 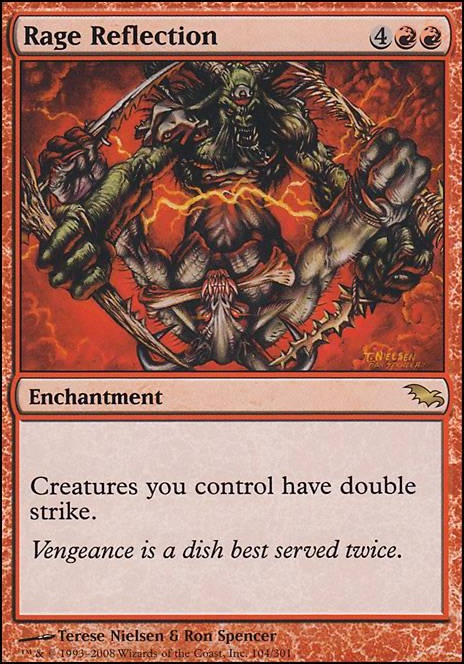 The Snake Lord
by Decidares 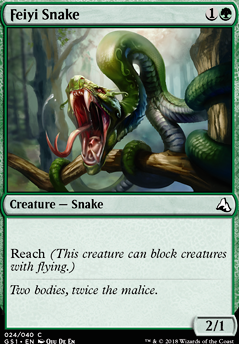 Skittles is here to stay!
by chriscross25

Stoneforge Mystic , Sword of Feast and Famine , Steelshaper's Gift , Open the Armory are all cards I think you should play.

Any thoughts about using Chainer, Nightmare Adept and/or Phyrexian Reclamation to be able to recur the creatures you're saccing?

While your commander draws cards for saccing creatures, it's only when he attacks so if your only other creature gets removed prior to combat, Greven sits on his thumbs so additional draw; Ambition's Cost , Ancient Craving and Night's Whisper to go along with Sign in Blood . Not sure if I'd keep Faithless Looting here unless going more reanimator style strategy.

Some other equipment that you may want to consider: Tenza, Godo's Maul , Hammer of Nazahn [sorry, not exactly a budget suggestion], O-Naginata and Kusari-Gama .

U want them all dead? I got this!

Necropotence exiles all my cards i discard, which would interfere with the reanimator theme, so i skipped that.

I ran Night's Whisper , Sign in Blood and Ancient Craving at first, but i wanted repeatable card draw and preferable not in sorcery speed. Arguel's Blood Fast  Flip and Greed are often enough, Ob Nixilis Reignited and/or Wretched Confluence and Vilis, Broker of Blood and Phyrexian Arena should be enough card draw in most cases.