Exile two target artifacts, creatures and/or lands you control, then return those cards to the battlefield under your control.

Ghostly Flicker occurrence in decks from the last year 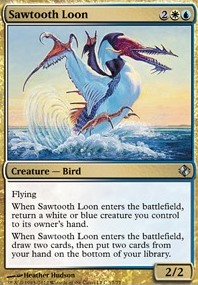 Even if it is kind of slow you can try Nephalia Smuggler.

But I think Ghostly Flicker is still better because it can have other uses.

Have you tried Ghostly Flicker to permasteal creatures? Conjurer's Closet works too.