All creatures have haste.

Mass Hysteria occurrence in decks from the last year 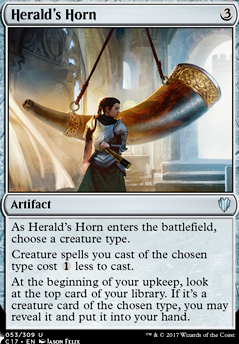 The Strength To Survive - Human Aggro
by sanguinaut

Xyris, The Writhing Storm
by NooN00

Cool deck! Tajic is a cool commander. Just some thoughts I had looking over your list:

Mentor of the Meek Soldier and Draw

Mirror Entity can count as a soldier and pump your weenies

Anger or Mass Hysteria or Urabrask the Hidden Haste Enablers! May help you to trigger Tajic a turn faster.

Howling Mine and/or Mana Flare These both help opponents but it's draw and extra mana for you as well.

Again sweet deck! Hope some of those help a little +1

Hmm, alright. In that case, Mass Hysteria would be a better budget option.

Funkydiscogod Mass Hysteria allows for quick wins by letting the creatures snowball into more mana. I wonât be able to do that with Footfall Crater, but I suppose Lightning Greaves could work. It has the added benefit of being searchable with Steelshaper's Gift. Iâll definitely have to do some testing with that.

Birthing Pod can't be played in this color combo due to it having Green Phyrexian mana, but consider adding these:

Ignore that, and run Mass Hysteria

If you can find a replacement for Mass Hysteria, you can run Zirda, the Dawnwaker as an additional way to combo off by making the Umbral Mantle ability cheaper. I would vote for Footfall Crater as the replacement, since that can also give your infinitely big creature trample.

Maybe add haste enablers for massive damage out of nowhere? Mass Hysteria and Concordant Crossroads are cheap. while Ogre Battledriver is more explosive. Seshiro the Anointed is very good, but is also very reliant on your commander to be impactful. Finally, if you're drawing lots of cards, Psychosis Crawler is exellent.