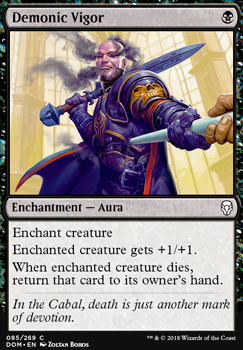 When enchanted creature dies, return that card to its owner's hand.

Demonic Vigor occurrence in decks from the last year 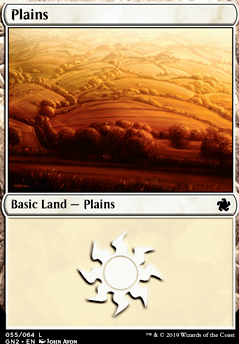 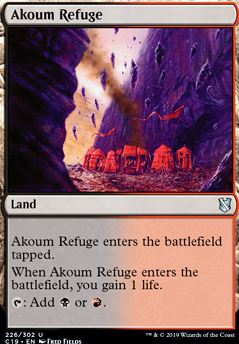 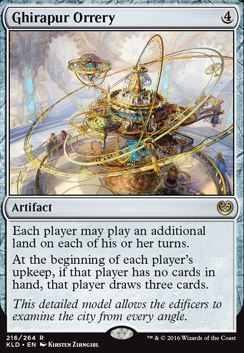 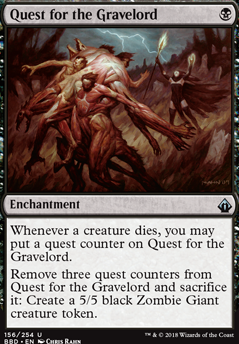 Predator's Gambit doesn't seem great here in a deck full of unblockables, not the most effective choice unless it's purely getting the price as low as you can (which I'll always respect) -- I'd be more inclined to go with Feebleness or Dead Weight as pseudo-removal, Demonic Vigor or Kaya's Ghostform for effects like Supernatural Stamina style recursion effects, or Dark Favor / Eternal Thirst for big beats.

What are your thoughts on Demonic Vigor vs Kaya's Ghostform ? I feel like vigor is more reliable in terms of preventing commander tax at the price of having to cast your commander each time it gets removed.

Kaya's Ghostform or Demonic Vigor is good protection for Muldrotha - protects from exile as well.

You mentioned looking for wincon suggestions - don't forget that Muldrotha is a 6/6 - something a little less budget but Hadana's Climb  Flip can make her a 18/18 with flying (add 3 +1/+1 counters and transform) plus now you have a tutor to search for the answers! Other cards like Rogue's Passage Aether Tunnel or Aqueous Form all are pretty good to let you slip through blockers.

Tons of way to play and build this deck, mine started out with a lot of unblockable merfolk with Islandwalk, but changed it up after the commanders quarters episode to see how that played.

Murphy77 sorry for the late reply. A friend of mine asked me to try out Elenda, the Dusk Rose as well which I am still yet to do, I do find Vona, Butcher of Magan is actually not usually a dead card, for example if i'm playing against the mono red deck, I can gain so much life off of Vona easily especially If I have Valiant Knight in play too, it can make my opponent focus their burn on Vona instead of me as well.

Bladebrand I don't think i'll try to fit it into this deck as there isn't a real need to I can see it working well with the first/double strike aspect of things. But my knights can get quite strong, plus with the first/double strike they can usually take down big threats, Vona and Aryel, Knight of Windgrace already have some great removal potential as well if I really need to take something down in order to win.

I don't really want to replace Midnight Reaper some reasons being it gives you card draw when you sacrifice Dauntless Bodyguard and taking 1 damage off of that isn't really a big issue, it also is a knight itself so I can be buffed for extra damage, but feel free to swap him out for something else say Orzhov Enforcer prehaps

I haven't really considered Abnormal Endurance or Demonic Vigor at all really, I personally think that they just aren't too useful.

I did once, put together a / Knight deck that contained Abnormal Endurance , Demonic Vigor and Mortify