Whenever you tap a Swamp for mana, add an additional .

Nirkana Revenant occurrence in decks from the last year

The totally fair and balanced:Skithiryx
by WUBRG87 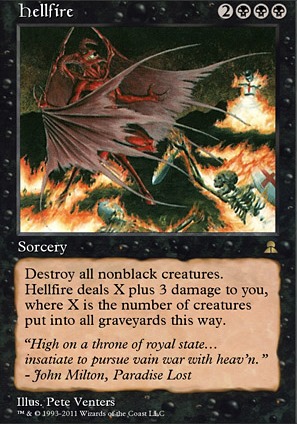 Oh for sure run Necro over Bob, and Visitor as well, but more pieces are good, Mindblade Render is great too, however the weird big mana thing is my largest issue with the deck.

Umbral Mantle, Magus of the Coffers, Nirkana Revenant, Torment of Hailfire, Exsanguinate, Bubbling Muck, etc. All are destroyed by cheap removal and interaction. A ton of other random cards in the deck feel weak or just low value, and I believe could be swapped for nearly directly better cards, and the deck could have almost strictly better wincons.

Yes I do like the amazing Tinybones backup plan, but mana dumping isn't necessary, and could just work given the stacy peices and the time they give without all the fluff that makes mulligans and opening hands much worse.

I think this list shows a lot of potential, but isn't tuned for the current metagame, if that makes sense. I'll write up a list of changes and maybe will post it later on!

Sorin, Imperious Bloodlord lets your pull out ANY vampire from your hand to the field on turn 3. It is ABSOLUTELY DISGUSTING but nevertheless it is a good vampire card. With that I would only recommend adding him if you plan on adding higher mana cost vampire like Nirkana Revenant (also disgusting).

Cordial Vampire is a must have in any Vampire deck. Whenever ANY creature dies ALL your vampires get a +1/+1 counter.

Since it looks like you have a lot of ways to add +1/+1 counters (very much so if you also have cordial vampire) I would recommend one The Ozolith. For one mana you get so much value from it.

I completely forgot about Crypt Ghast, I'd probably lean towards that more than Nirkana Revenant. I don't mean to sound like that guy, but Solemn Simulacrum is just too over-played for my tastes. I run it in some decks, but almost never in a mono-colored deck simply because I feel there are better options.

Dead of Winter is pretty situational I'll admit, but I've usually had moderate success with the card. Then again, running it in a Jund Lands Matter deck with green ramp makes it almost too good.

You are also gonna want Crypt Ghast. You may also want to consider Nirkana Revenant and/or Magus of the Coffers