Whenever a creature you control dies, each opponent sacrifices a creature.

Dictate of Erebos occurrence in decks from the last year

Negan and the Train to Pee-Pee Pants City
by High_Priest_of_Avacyn 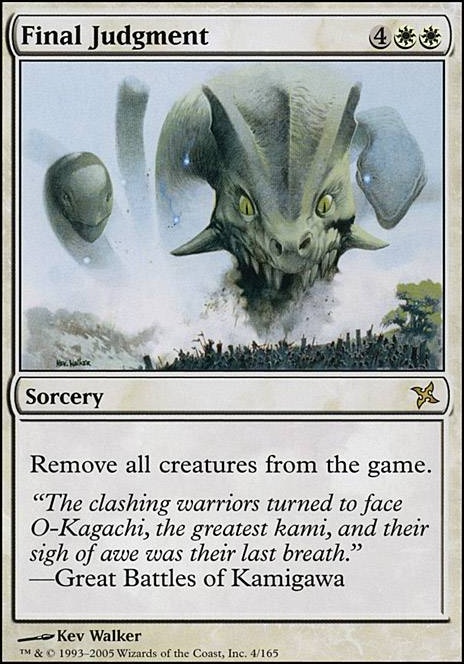 saj0219 on Selling Some Cards!

I can take payment through PayPal, and shipping is covered in all purchases. Generally, I'll ship under $30 in an envelope, and $30+ in a bubble mailer with tracking. Prices should generally be about 10% below the cheapest card of similar condition I found when I pulled them from TCG, but if I'm off, feel free to let me know! I've noted condition for the more expensive stuff and am happy to provide pictures, though generally everything on this list is NM.

Again, if you're interested, please let me know! I'm happy to adjust as the market changes, and I'll remove items from this list as they're sold. At the end of the week, I'll be posting these on TCG.

jeannieboef I have not particularly needed more than the one so far, but I think in a more creature heavy meta, or if cards like Grave Pact / Dictate of Erebos weren't in your budget then running a few extra copies of Fleshbag Marauder etc.. would be advised.

The main hang-up with them is that if you don't have other creatures with +1/+1 counters out then it's basically a 3 mana Innocent Blood and that's not all that great. so it needs some setup usually. this isn't a big ask, but it can lead to it being a card that is just sitting in your hand for a while, so you need to ensure you have a good creature density in your list to avoid that.

the budget list runs a few more creatures in this line of thinking, such as Skinrender and Ravenous Chupacabra

MindAblaze, Trinket Mage is a great suggestion. There are also some wizard synergies in this deck, so another plus.

Massacar, I continue to go back and forth on Dictate of Erebos and Grave Pact. As a dedicated black mage, these often end up in my decks! As this deck has evolved, itâs become more focused on being aggressive with +1+1 counters and flying to get damage through, and a little less focused on value. I would probably swap in Dictate before Grave Pact for Flash shenanigans and easier casting cost.

Would you consider Grave Pact or Dictate of Erebos? Since you will be cheating cards out that then get sac'd before coming back, this would allow an oppressive synergy to use against opponents.

Love the thought with this deck! First thought I would have would be finding a way to include Dictate of Erebos and/or Grave Pact. They're a little pricey, but would be a huge deal with all the other sacrificing your doing here. Would also look at Phyrexian Reclamation for simple graveyard recursion.