Terminate occurrence in decks from the last year

Kaalia of the Vast
by neptunechickenwing 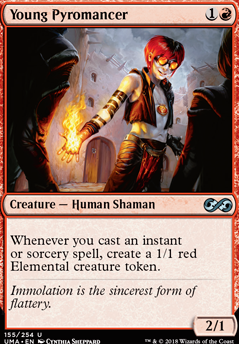 The turnoff in Dreadbore is its sorcery speed, which is very important in modern, where you would rather instantly respond to a threat, like Terminate. Also he has bolt and other burn for planeswalkers, so I do not think it's that good of a fit in this deck

Have you considered Dreadbore instead of Terminate? I believe Dreadbore covers more threats.

I like playing against big dumb creature decks. Most of my deck are not creature focused. So its seeing how my decks can Terminate the creatures or keep them at bay until I can hopefully win.

I used to have large group to play with, and we were extremely competitive. A few of us play over video call now, but the competitiveness dropped rapidly. I'm actually looking into trying out FNM at my local store whenever it starts back up. So I'm up to suggestions to help tune this deck out. Depending on what type of atmosphere FNM gives and the competitiveness level will determine what I want to put into the deck further.

Generally, I don't mind spending up to about $6 or $7 for what I consider the deck booster cards if I'm really polishing a deck, but I probably hardly ever go over $100 for the whole deck. This one did coincidentally end up being really cheap and I have room to grow here. Bloodstained Mire and Blood Crypt may be pushing my current comfort level on budget, but Castle Locthwain and Dragonskull Summit are no problem for me to get 4 of.

I see the potential for Murderous Rider in order to control creature count for opponents and the CMC would fit the deck. Helps keep Labyrinth Raptor from doing all the work. Maybe I'd trade out a couple Hunted Nightmares. I see trading out Unexpected Fangs for Fatal Push to further help the creature control early where it really matters. Life link is not really the wining factor here in my opinion. Giving creatures with menace a death touch token would be way more powerful (especially if Sonorous Howlbonder is out), but did not find anything that gave a death touch counter. Then I could throw in Terminate for Heartless Act. Between the 2 kill spells and Murderous Rider, Should basically have unblockable creatures.

Still open to suggestions. Maybe the logic above is not full proof and I would like to know that. I'll start throwing some of the lands and murderous rider on the acquire board.

I will say, the deck as is has been fun on my video plays, and has been very successful as is. Maybe someone else will try this deck out, enjoy it, or even be inspired to make something better.