Return target card from your graveyard to your hand. Exile Treasured Find.

Treasured Find occurrence in decks from the last year 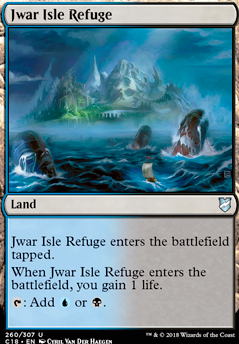 Beware MY Child's Wrath! By GodZ!
by BotaNickill 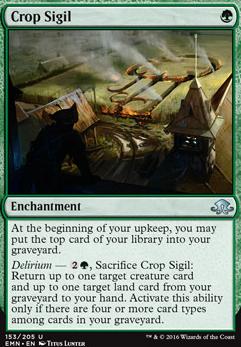 Whenever ~ deals combat damage to a player, you may pay .  If you do, Treasured Find .

Would you consider Kiora, Behemoth Beckoner , she'd act as a win con, some ramp and can be drawn by Niv. The main downside is she doesn't win with Squee, Misthollow Griffin and Eternal Scourge.

Some other Considerations may be Treasured Find instead of Regrowth, due to the Niv synergy and Hull Breach .

I'm not necessarily saying you should drop them, I'm just saying that I don't think they really count as one/two drops when counting the decks average CMC.

I don't think either is great, though, and I wouldn't mind seeing them become something else. Expedition Map for example, could be Nihil Spellbomb or/and Mishra's Bauble , but I'm not telling you to cut those cards in particular.

On a side note, you say Treasured Find ing an Assassin's Trophy is a cheap interaction to use in a pinch. I'll admit that statement kinda leads me to believe that you might not realize how fast and how consistent the aggro and combo decks in modern are, because even though it could sometimes be good against a combo deck, it would be a very slow way to interact with your opponent. (And with your lack of removal, it would also be inconsistent.)

Kjartan I was able to play test the deck and I'm not sure I agree completely on your suggestion. I may drop the map as I don't always need a search land. My mana was pretty balanced by itself. But Treasured Find was extremely useful. In a pinch I was able to stop a wombo combo by using it to get an Assassin's Trophy and destroy the main card in the combo. It was cheap and it got the job done in a pinch.