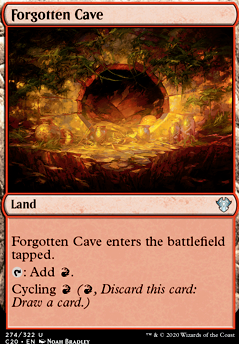 Forgotten Cave occurrence in decks from the last year

Rielle, the Everwise
by oOoOOphidian 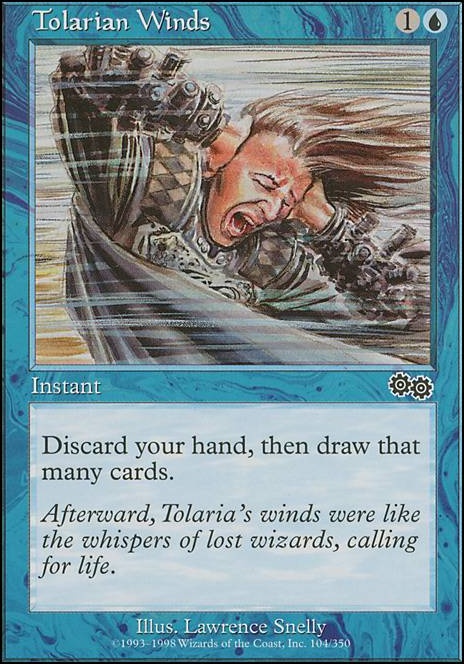 Minotaur Loots in Pauper!
by thescottromney 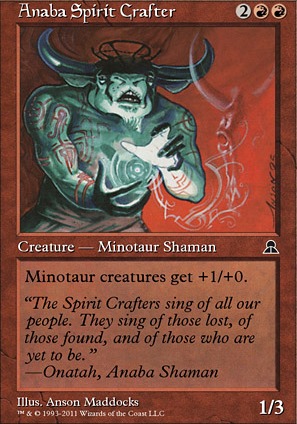 Your deck looks quite nice and well balanced regarding the mana curve, the lands and the spell ratio. Well done! One thing you might want to look at are the 1-mana cycling lands, in your case Lonely Sandbar and Forgotten Cave. They're budget and will increase the amount of keepable hands you get and also counter land-flood late game. If you plan on adding them eventually, I'd first look at Lonely Sandbar, as this will give you access to serum visions sometimes and eventually more lands, if you're mana screwed or already on mulligans.

Rhadamanthus on Hall of Heliod's Generosity + ...

In the detailed rules for cycling, discarding the card is part of the cost to activate the ability (see the reminder text on something like Forgotten Cave). The card will already be in the graveyard at the time players are given a chance to respond to the ability before the draw happens.

sergiodelrio on How Many Lands Do I ...

DemonDragonJ gonna tell you a dirty little deckbuilding secret of mine: when you're using more than 20 lands and only play 1-2 colors in Modern (or other formats the cards are legal in), have land 21-2X be 1-mana cycling lands. In this case Forgotten Cave. This smoothens your mana curve by preventing both land screw early game (giving you a bonus T1 play) and late game mana flood. Enjoy ;)