Tap: For each color among permanents you control, add one mana of that color to your mana pool.

Bloom Tender occurrence in decks from the last year 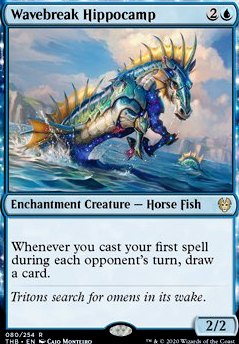 Hey dgobass, I will explain the combo. You need to have Wirewood Symbiote, Priest of Titania -OR- Bloom Tender (Need to generate 3 mana from either), and Mirror Entity. For this example I will use Priest of Titania.

Interesting. What decks are better than Flash Hulk right now?

I currently play Aluren (with Thrasios + Tymna). Of course it's not the most competitive, but I like it and nobody plays cEDH around here anyway. But I'll be in a few different areas over the next few years and should have opportunities for proper games of cEDH.

I realized I was not far from having a Flash Hulk deck, so I'm thinking about picking up what I need and playing Flash Hulk. This would free up pieces from Aluren to trade or sell. If Flash gets banned I'll need something else to play, and don't want to go back to Aluren. I've found Bloom Tender + Freed from the Real combos to be pretty effective, so I'm thinking about a list like this.

I'm mostly making this decklist to know what cards I need to hang on to and what cards I currently have that I can trade or sell.

My budget restrictions right now are Gilded Drake, Dark Confidant, Vampiric Tutor, Imperial Seal, Mana Drain, and Mana Crypt. I don't have many rainbow lands at the moment because I'm waiting for reprints.

Are there any online places with 4 player cEDH tournament results where I can actually see what the top decks are? I know of the tappedout EDH Tier List, but that's out of date and mostly opinion anyway.

This deck is definitely an interesting idea, but how is it supposed to win a game?

I strongly recommend putting Faeburrow Elder in this deck, because, for only one mana more over Bloom Tender, it can potentially have higher power and toughness, it has vigilance, and is far less expensive in terms of money.

I also think that Stoic Angel would be a very awesome card for this deck, unless she would hinder its strategy.

What about Skyward Eye Prophets and Empyrial Archangel? Are they too expensive for this deck?

Funkydiscogod, this card is intended to be an artifact version of Bloom Tender and/or Faeburrow Elder, so I do not wish to limit its ability to produce mana.

What if it had a fixed cost of only or ? Would that make it more feasible?

This card was inspired by a card from a supposed leak of Ikoria that has now been proven to be false, so I have made my own version of that card, as seen, here:

This spell costs less to cast for each color among permanents that you control.

: for each color among permanents that you control, add one mana of that color to your mana pool.

This card is an artifact version of Bloom Tender and Faeburrow Elder, but can be put into any deck, although decks with more colors with obviously gain a greater benefit from it. The version in the leak had a fixed mana cost of , but I thought that it would be more interesting with the ability to have its cost be reduced, which also would both encourage and enable decks with a greater number of colors. I initially planned to give this card a cost of , but I then decided that that was simply too high of a cost, even with the card's cost-reducing ability.

Also, as a side note, why is Bloom Tender much more expensive in terms of money than is Faeburrow Elder? Is it because it is an older card, because it costs one less mana, or for another reason?