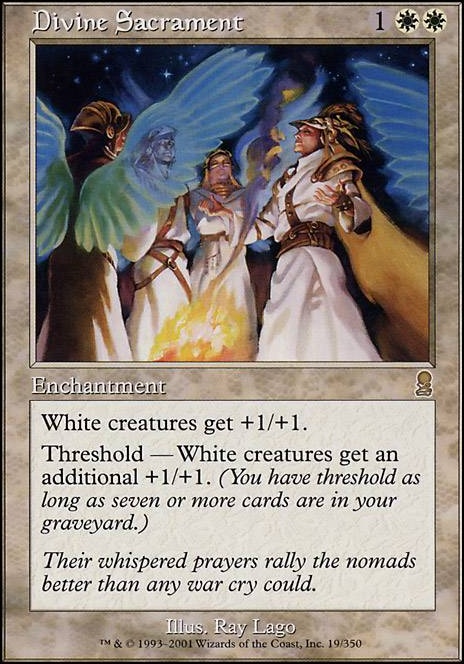 Threshold - White creatures get an additional +1/+1 as long as seven or more cards are in your graveyard. 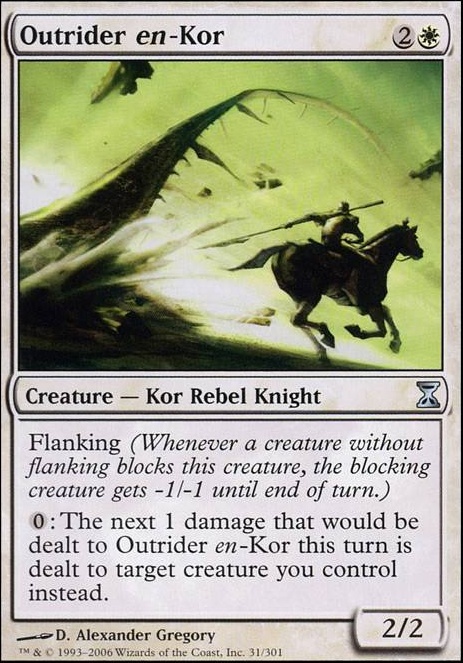 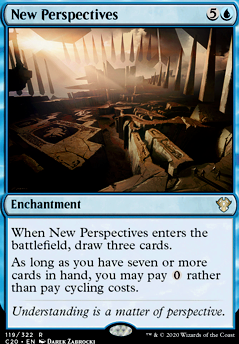 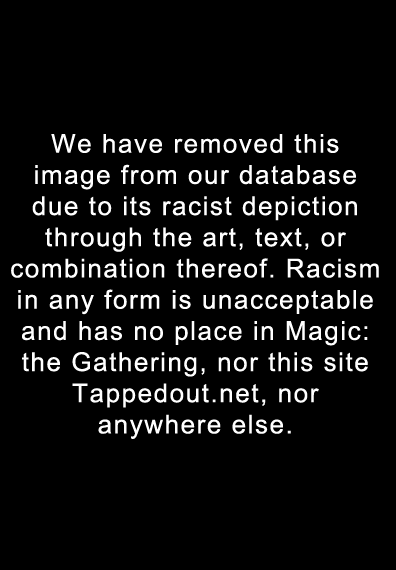 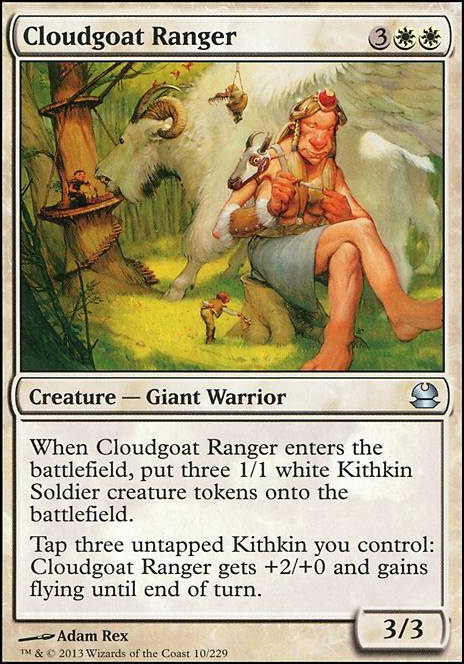 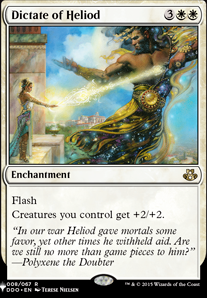 I would start out with cutting a lot of those enchantments like, Crusade , Honor of the Pure , Divine Sacrament and Marked by Honor . Why would you want that many anthem effect on already "huge" bodies?

I dont know your meta, but at least in my playgroup i had the problem with mono w angel tribal that its just too slow, So i had to have more removal to even survive.

Cards that i suggest are (There are way more but these come to mind first): Emeria Shepherd - Just too good recursion, gets more out from your grave than Reya, Pearl Medallion - Helps with ramping, Angelic Arbiter - Makes opponents choose between casting or attacking, Guardian of the Gateless - make this guy indestructible and its a golden blocker against go wide decks, Hour of Revelation - Hits all nonland permanents, and in multiplayer game easy to cast for 3 mana, Return to Dust - One of the best spot removals, Brave the Elements - cheap way to protect your dudes from something nasty, Cleansing Nova - Mass removal that lets you choose mode, yes please, Nykthos, Shrine to Nyx - Just way too good mana for mono colored deck,

You need to add more cards that are good in EDH, and add some ramp beyond Sol Ring and Pearl Medallion. My suggestion for cheap ramp includes:

Other cards you may want to consider are:

I would cut cards from the "Terrible" bracket first. They have no place in most EDH decks.

So first off there are too many lands, 31 is way to much for an aggro deck, I also noticed that all of your creatures are knights, so you want to keep the theme, so I would recommend some different creatures, some knights would be Mirran Crusader or Paladin en-Vec for some protection, but other than that some more buffing enchants would be nice like Crusade or Divine Sacrament or Glorious Anthem, also what would be nice for some control would be cards like Ghostly Prison or a better destroy creature spell Path to Exile or more protection would be Brave the Elements, otherwise try to get the land count down.

Thanks for the comment! Soldier of the Pantheon is already in there, Hall of Triumph is on the cutting floor, I've been looking at the new anthem in Innistrad that gives Vigilance, though I might drop Divine Sacrament for Path of Bravery, which I had forgot about.The other anthems I like due to two mana. The rest is sideboard, which I need to complete. I'll try to get a shrine too. What would I drop to fit another protection? I have Brave the Elements, I'd probably had the new Eerie Interlude for a Ghostway effect that is cheaper.

If you go white you can't go wrong!

Hey you asked for my advice so here I am!

I think your deck looks fine but could benefit from a little focus. My recommendations are going to go this way :
1. Try and focus your deck on a specific strategy, so you can have a clear idea on how you see yourself winning with it (and how you will most of the times).
2. Adjust your curve which is packed at the 3 slot.
3. Debate on cards in your list I feel are not accomplishing much or that could be left for better cards.

So about your overall strategy... You've got to grasp the difference between Mono-white aggro (weenies), Mono-green aggro (elves), and mono-red aggro (burn). What changes is the way the deck deals its points of damage, but more than that, its the way the deck deals its last points of damage a.k.a. reach. Mono-green executes a mana combo that pumps everything to 6/6 trample, mono-red deals its last points with a burn to the face, mono-white has always been the least played aggro deck because it lacks this simplessness, however you've got some tools at your disposal to get some reach and I would resume it this way : Go wide, buff the whole board and sometimes use protection from colors as evasion.

Cards that fit this strategy : Doomed Traveler (when he dies you have a flier), Soldier of the Pantheon (pro multi), Raise the Alarm, Midnight Haunting, Gather the Townsfolk, Martial Coup, Mirran Crusader (protection for evasive purposes and a devastating double strike), Kytheon, Hero of Akros  Flip (fast on board with added utility if he flips).
As for the buffs : Honor of the Pure, Crusade, Divine Sacrament and if you're made of money Jihad (that should be the last addition to your deck, there are more important things.)

Cards that do not fit this strategy but that I deem very good : Knight of the White Orchid (first strike helps early attacks and he generates value on the draw), Unexpectedly Absent and Council's Judgment as an answer to everything (the format is pretty diverse), and finally Windbrisk Heights.
If you ever have the money I would add the Stoneforge Mystic + Sword of Feast and Famine + Sword of Fire and Ice package, but that's not necessary to making your deck strong.

As you can see, a large part of my suggestions already lower your curve if you replace them with some 3 drops!

As for cards I think are not really optimal in your deck :
Alabaster Mage : I think that if you need to lifelink in a game you're probably losing hard. You should be the one applying pressure and focus on winning, not on not losing (aggro!)
Intrepid Hero : A 1/1 for 3 that will never attack and that takes a turn to setup a kill. Again, you should be focusing on attacking not defending and there are more efficient ways (as mentionned above, and you also have the two best removal white gives (path and swords).
Thraben Doomsayer : seems pretty slow, he won't be attacking and it takes 3 turns before his tokens would deal more damage than himself... The fateful hour thing is pretty darn situational.
Path of Bravery : There are just better, cheaper options for buffing your team.
Elixir of Immortality : is there a mill player you always play against? You should be on the offensive not the defensive!
Expedition Map : The lands you can go get are not high impact enough to be worth 3 mana and a card.