As Brass Herald enters the battlefield, choose a creature type.

When Brass Herald enters the battlefield, reveal the top four cards of your library. Put all creature cards of the chosen type revealed this way into your hand and the rest on the bottom of your library in any order. 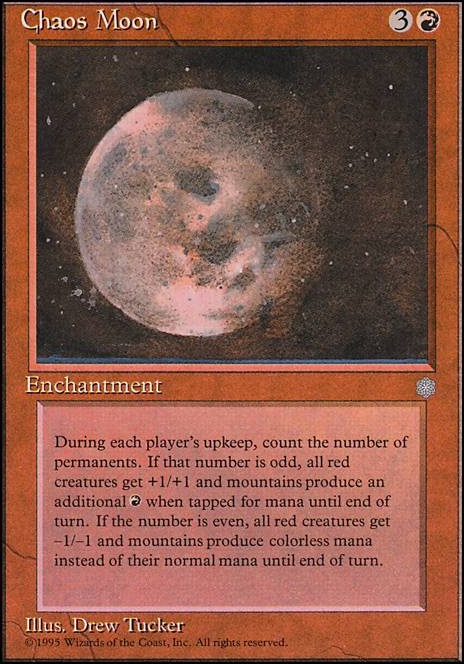 Not Your Average Bear
by Beelah

Seems like quite the fun deck. Methinks it could use some hand refilling, though. To that end I'd go for actual draw with Distant Melody and Brass Herald, Icon of Ancestry, and Sylvan Messenger to get more elves in your hand. Also Etchings of the Chosen and Steely Resolve are great ways to keep your dudes around.

I actually think Brass Herald is an amazing budget card for tribal strategies in cmdr especially ones that dont contain blue, green or black since they lack card draw - in your deck for example you have about 25 samurai making the herald a 3/3 samurai that statistically draws you a card (with chances of drawing more as you fetch lands out of your deck) while also functioning as an anthem effect - sure it sucks to whiff his card draw but he is incredibly cheap making him ideal in draw-light budget tribal decks as stated previously.

Can I ask why not include Adaptive Automaton 's Metallic Mimic 's and Brass Herald 's?

You might also like Brass Herald Cabal Ritual is another one shot black mana boost, Lightning Greaves is a must Scuttlemutt makes throat slitter that much better

Alright, let's get back in the field.

A longtime staple for tribes, dating all the way back to Zombie Master , and almost every tribe wants them. Since you're looking to put a lot of 'Crows on board, Lords of course buff them, and enables your ability to close a game without depending on commander damage. Some come with bells and whistles, and depending on what build you want, not all of these will make the cut. Anthems help with this as well, but vanilla Anthems won't give you the same mileage as a Lord. Nevertheless, it's worth considering everything at your disposal.

Adaptive Automaton - A standard Lord that mixes with any tribe, and maybe not ideal for Reaper, Lords are just good in general

Brass Herald - A little costly, but a recruiter and Lord in one is a nice option; I would only be comfortable recommending this if your creature count is high

Metallic Mimic - A de facto Lord, and is prime for ETB abuse

Radiant Destiny - I think Vigilance is a little too vanilla to make the cut in EDH, but it's worth considering

Shared Triumph - As far as Anthems go, this one is sold mostly by its appealing mana cost

Door of Destinies - Given that you will cast a lot of Scarecrows, Door will put in work

Icon of Ancestry , Vanquisher's Banner - An Anthem that can also access more advantage will serve you well

Cover of Darkness - I think Cover is a little too Voltron-ish for King, but it's an option

That Which Was Taken - Protection for anything, plus synergizes with Artifact support

Drawing is strange in EDH. Not everything good is usable here since you still want to find synergy, but there are plenty of options, and most of them will serve you well on a budget.

Deep Analysis - Its initial cost can be rough, but Flashback is great,

Dig Through Time - Given how long EDH games can go, Dig usually has plenty of Delve fodder to be affordable

Distant Melody - A decent choice for any EDH tribal

Thoughtcast - Solid in anything Artifacts

Greed - It's an option

Mind Stone - Doubles over as a mana rock, but its draw ability is mainly what you want for late game

Slate of Ancestry - It's " Distant Melody " on an Artifact

Thopter Spy Network - Generates fodder and enables draws, and while maybe not great, is nice nonetheless

Consistency in function is crucial to your deck, and depending on who all you play with, the tempo of games could afford you time for otherwise less ideal options.

Scheming Symmetry - Better with more people at the table, but is an option

Planar Portal - Maybe a little costly, but it tutors anything and is a personal favorite

Planar Bridge - Even more costly than Portal, but can just churn a permanent out of the deck

Whir of Invention - Since Tinker will never be legal, this is what you got

Saheeli's Directive - Costly, but powerful, plus it gives a little extra utility to Artifacts that you don't immediately have use for or don't tap

I'm no expert in juggling lands for multicolor EDH, but there are some solid good stuff lands for such a format. This is probably where most of your attention is going to go because Shocks, Fetches, and the like are outside your budget, leaving you working with more strict cards. I'm including transforming cards because the Land forms are mostly what will concern you, although keep in mind their original forms should provide some utility as well.

Arch of Orazca - A colorless land can suck, but one that can keep cards in hand is worth noting

Growing Rites of Itlimoc  Flip - Can grab a creature, easily transforms, and if you manage that, it can be a nice mana source

Journey to Eternity  Flip - Production of any mana and reanimation is nice, and in a format where everything dies, transforming it shouldn't be hard

Mirrodin's Core - Super budget and requires some planning, but is flexible

Opal Palace - Decent fixing, plus it softens the pain of casting your general for the sixth time in a game

Path of Ancestry Color fixing with perks for casting your general

Storm the Vault  Flip - In Artifact EDH, it transforms for almost nothing into Tolarian Academy , and I guess it can also produce any mana

This is where I start to fall off, since I've only ever built Voltron and Superfriends EDH decks. But I do have solid overall advice for deck building, period: consider what cards bring to the table. If you find that a card doesn't quite work well, look for something to better get this machine working. Try to get as much synergy out of your cards as possible, so things with linear and okay-ish function may not be worth keeping. Always test and see what happens. A lot of things that are good on paper don't iron out in practice, and likewise things that don't iron out on paper are great in practice.

Hopefully this all helps you find your way with the deck. Of course, since I'm no expert in this field, feel free to do further research for tips and cards. There are plenty of other King EDH decks on TappedOut, and people love to build things differently, so there likely are going to be things I've missed that someone else considers a no-brainer inclusion. Additionally, utilize Google and MTGSalvation for more ideas. Lastly, deckcycling puts it on the front page for people to see, and possibly give you a hand. There's a lot of room to build here, and there are likewise a lot of people who can advise you.

You may want to consider cards such as Brass Herald and Kindred Summons . These will assist you in filtering down into more Slivers. Since Slivers are, by default, an attack-heavy Tribe you may want to also highly consider Kindred Discovery .

In fact, with cdkime's recommendations of Vanquisher's Banner and Amulet of Vigor plus just my aforementioned Kindred Discovery , you dramatically improve the speed of your deck :)