You may play equip abilities any time you could play an instant.

Ode to the Legend of Zelda
by webbcomics 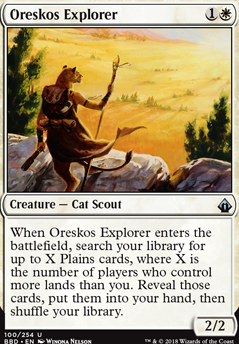 When Leonin Shikari and Puresteel Paladin are onboard, it's amazing to reallocate all the equipment to make cats, and then utilize the equipment onto unblocked, or blocked (giving trample) attackers.

Some games Kemba, Kha Regent has made an impact, lots of the time, I feel like it's just wasting the equipment from other attackers to make vanilla 2/2 creatures. Depends on the situation. The more token makers the better value your get from Kaheera, the Orphanguard as well, so the direct replace does make it a bit slower. I just found Kemba, Kha Regent without a centralized equipment focus was too slow.

Dunno if that helps but Kaheera, the Orphanguard in the 99 is a fair trade, as a companion, means quite a bit of re-evaluation and rework.

Surprisingly few cards in that lets you translate tallness to wideness. Dragon Throne of Tarkir maybe? It only works with Eminence tho.

(well, if you got your commander, companion, and Leonin Shikari, you can equip & activate the Throne after applying Arahbo's +X/+X buff, but...)

Stoneforge Masterwork and Huatli, Radiant Champion are options if you want to go in the opposite direction

Decent start but has plenty of room for improvement.

Alot of Syr Gwyn Decks I see (mine included), do not go full on Knight tribal, by including non-knight creatures like Leonin Shikari and Stoneforge Mystic for equipment synergy. If you prefer to be more creature heavy and knight focused, more power to you.

I would put in some card draw like Phyrexian Arena and Sram, Senior Edificer for starters.

Sword of the Animist for land ramping is a must run given this is Mardu.

I also recommend at least a couple of board wipes.