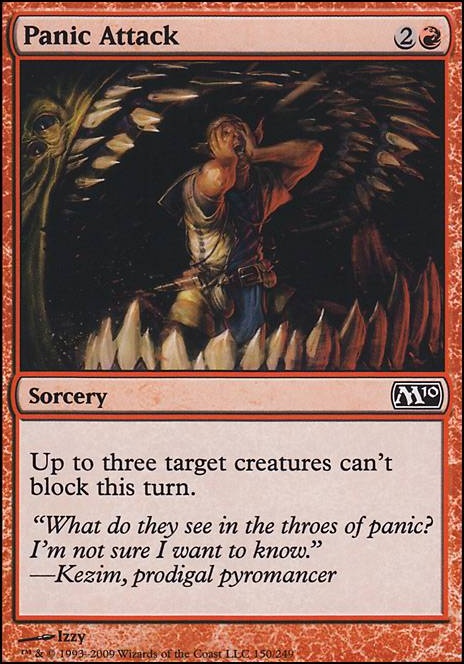 Up to three target creatures can't block this turn. 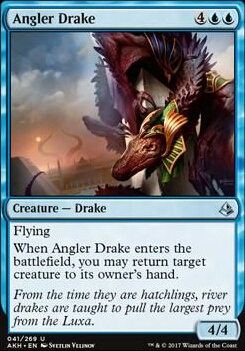 That is if you decide to follow with Marchesa as commander. If you go the route of Beckett Brass, I think you then need some things like Nemesis Mask , Demoralize , Panic Attack , Outmaneuver ... things that help your creatures become harder to block. Also, more shapeshifters could be a good thing (i.e. Dack's Duplicate , Protean Raider , Clever Impersonator etc.).

Also, because a good amount of pirates create treasures and so do some other flavorful Ixalan sorceries, instants, artifacts... it probably would save you some slots to not run things like Chromatic Lantern since treasures are technically mana fixers.

Hope that helps! Feel free to ask for more input. I love the Ixalan-Pirates theme.

+1 love pirate decks--I used to run BB as commander but changed to Marchesa and ony use ETB effects.

Arcane Adaptation or Conspiracy will help you keep your tribal theme as far as creatures go.

If you want things to help trigger the "unblocked pirates" part of BB's abilities I would recommend Demoralize, Wave of Indifference, Panic Attack, Outmaneuver and Bedlam.

For another wincon you'll definitely want a Mechanized Production.

Deadeye Navigator could go well with Prosperous Pirates or any of the others that produce treasures when the enter the battlefield.

I love the pirate tribal! +1 I run my pirate deck with Marchesa as commander.

I love the pirate archetype! And you appear to have done it justice. I used to run BB (Mom) as my commander but it was moving rather slow so I hope your version is better than what I had with BB. I ended up changing my commander to Marchesa and i've loved the synergy of the deck much more (instead of unblockable pirates I strickly picked all the ones that have ETBs or raid).

If you're going for the unblockable since Mom is your commander I'd recommend Outmaneuver, Demoralize, Panic Attack, and Bedlam. This may be a bit borderline but possibly think of using Arcane Adaptation just to make those 4-6 creatures that aren't pirates, pirates. Plus with Forerunner of the Coalition you could tutor for any creature. Obviously not all those cards may work for you but something to think about!

I love the fact your deck has Door of the Destinies in it too! I run that in my Zombs tribal, and never really thought of running it in pirates but it makes just as much sense as any to use it here.

Also interesting you run mostly non-basics. What's the reasoning behind that?

Steal effects! With all your sac outlets, they're great. Zealous Conscripts, Conquering Manticore, Helm of Possession, and Molten Primordial are all awesome. And the king: Insurrection, winner of games.

Speaking of sac outlets: Bosh, Iron Golem can throw Feldon's tokens, which keep their CMC. Altar of Dementia does a lot of work. Skullclamp is a good compliment to sac outlets. and High Market+Phyrexia's Core are great when you need them. Also, Kuldotha Forgemaster can be neat.

Low impact token spells like Myr Sire and Mogg War Marshal aren't worth it; you'll have plenty of disposable tokens via Feldon, and those dudes ain't worth reanimating.

You can't buff Etched Champion much, except for like 1 modular creature. That makes it pretty so-so. I'd cut it.

A bit dubious of Chief of the Foundry, it seems pretty low impact, considering you aren't usually going to have a huge number of artifact creatures; Feldon's thing is having 1 big guy.

One time effects either have to be amazing, reuseable somehow, or draw a card to replace to be worth your time in EDH. You have to get VALUE. So I'd cut Panic Attack and Malevolent Whispers.

You probably will never get all the Urza lands in 1 place, and it can be very bad to have them not be mountains at times. I'd cut em.

You also need to deal with enchantments: helpful things include Spine of Ish Sah, Unstable Obelisk, All Is Dust, and Chaos Warp

If you want to drop a bit of money into the deck, then Rings of Brighthearth and Sneak Attack are amazing.

Cards Drake is giving you, which should all be added:

Cards Drake is willing to trade:

Card I am Giving You:

Cards I am Willing to Trade:

Drake is also giving you 100 sleeves he isn't using.This is the image: http://ecx.images-amazon.com/images/I/51Tb%2BkZUrpL.SX425.jpg