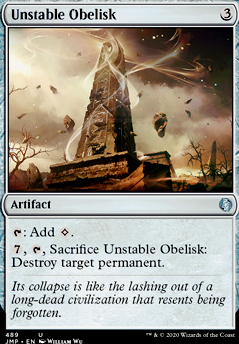 Unstable Obelisk occurrence in decks from the last year

Al Gore Muldrak is here to save the Multiverse!
by Padbras 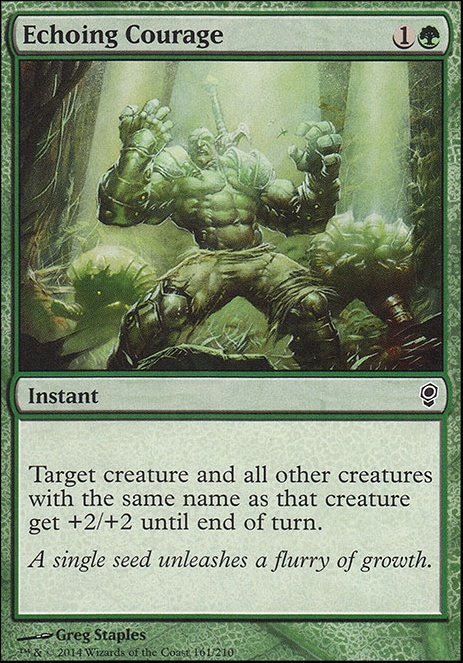 M4RK0G91 indeed. I'm probably going to replace Unstable Obelisk or Bedevil with it, though I haven't fully settled on what to replace yet.

This looks like a great start, but it needs just a couple things. First off, you have very little protection for your commander. He's wayyy too open to be murdered every time you drop him. If I were you, I'd replace all the counters with protection. (Like, Whispersilk Cloak, or Neurok Stealthsuit, Lightning Greaves etc.) Also, you need to have more removal. You only have a few in there, and I wouldn't think of counters as removal, because that can be a trap. Also, a big thing you gotta have is card draw. I'm not seeing a ton, and without card draw you'll render yourself pretty weak. But it is really nice you can Scry with Scarab God :D

And one more thing, in Dimir, you have VERY few ways of dealing with (destroying/exiling) Artifacts/Enchantments. It might be helpful to run something like Unstable Obelisk or things like it even though its a little steep of a cost.

Dance with the Devil in the Pale Moonlight

Winds of Change & Howling Golem for some more cheapish ways of getting 3 tokens without attacking with devils. You probably already know this, but it's worth noting that the group hug cards that can be activated (or in the case of Howling Golem, triggered) on other peoples turns can net an extra two tokens if you've already used an effect to make them draw on your turn. Living the dream and creating 9 tokens per turn cycle sounds pretty nice. Molten Psyche is obviously great if you really get into forcefeeding

Flavorwise it hurts, but at CMC 6 Flayer of the Hatebound is pretty bad without or at least e.g. phoenixes, might just wanna go for a Metallic Mimic

Maybe cut those CMC 7+ creatures? Butcher of Malakir in particular could be cut for Dictate.