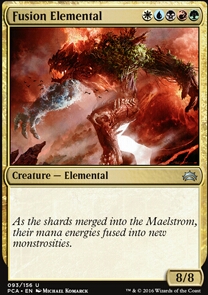 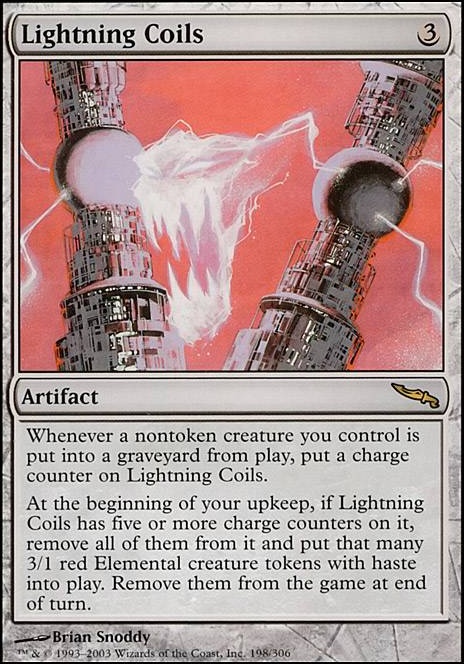 Riku, Master of Chaos
by wizrdskills 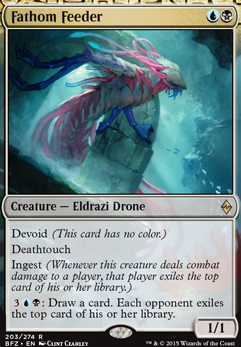 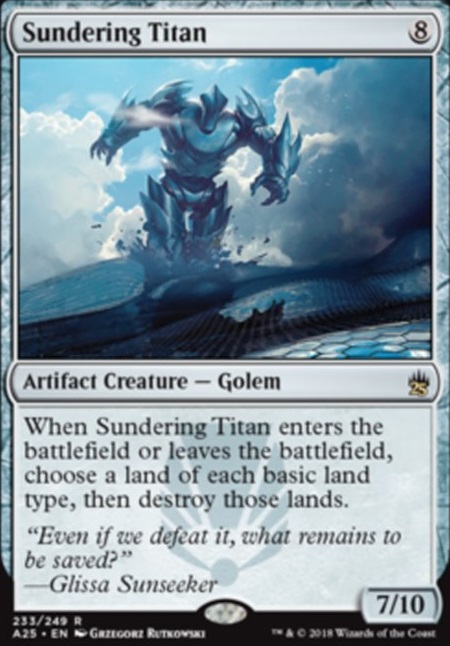 No worries, but yes generally commander doesn't actually use sideboards or wish lists, but then it is also generally a casual format so you can talk with the other players in your playgroup to see if they're okay with having a "sideboard" to swap things out with. Depending on your group, they may even be okay with you using normally banned cards if you ask them about using them. As long as it's not some kind of official event or some such, then it's not a big deal as long as everyone is okay with it. Communication with your group is always key to a good time!

As for the artifacts and other colorless spells go, as long as the costs don't have the symbol but instead have the numbers in the cost (ex: ) then that's considered "generic mana", which can be paid by any kind of mana regardless of color. Wastes are generally used for very specific cards and abilities, most notably for something like Kozilek, the Great Distortion . In this deck, there isn't anything that requires mana, so the Wastes are kind of... well, wasted. Dual lands and other lands that can give you multiple colored mana are extremely important for any multi-colored deck. It's not bad to have some basic lands, but they can only take you so far without the right ramp cards to bring the colors you need out, and without green that becomes much more difficult. I'd definitely swap in a Command Tower , and given the cost of the deck I'd imagine you shouldn't have trouble tracking down some shock lands like Steam Vents , Watery Grave , etc. as well as maybe some fetch lands like Flooded Strand . Evolving Wilds and Terramorphic Expanse are also common in a lot of multi-colored commander decks as well. Exotic Orchard is another good one since chances are you won't be up against only mono-green decks. Since you have access to white, you can also consider the enchantment Smothering Tithe , which is fantastic for ramp and can also play into the artifact theme. Dockside Extortionist is also extremely great for treasures as well.

Also, I know it doesn't give colored mana, but I noticed you don't have Sol Ring included. While it's arguable that not every deck needs it, in a deck where artifacts are a big deal I can't imagine not including such a useful card. A one-drop artifact that gives you two mana and isn't restricted by any colors is so good! I'd definitely consider slotting one in if you can. Some other things you might like are Jhoira, Weatherlight Captain for the card advantage and Hellkite Tyrant to steal your opponents' artifacts as well as give you a nifty alternate wincon!

Anyway, I hope I'm not sounding overly critical. Breya is a cool commander, and I think the deck can have a lot of potential. I'm hoping my suggestions will help you get more out of the deck and help it to be a force to be reckoned with! Best of luck!

Paradox Engine is unfortunately banned in EDH now. Also, may I ask what the Wastes for? I've looked things over and I can't seem to find anything that requires colorless mana specifically. I'd recommend replacing those and probably a few of your other basic lands with some dual-colored lands, especially since your in four colors. Chromatic Lantern and some of the Signets would also help with your mana fixing/ramp.

Gidgetimer on Why are you not allowed ...

I wouldn't run more than one Wastes unless you go in on Field of Ruin , there's just so many good utility lands. More Castle Locthwain , Field of Ruin , Cryptic Caves , Mutavault . I'd also go down some swamps for black painlands.

You have no way of activating Eldrazi Displacer . The colorless mana symbol must be paid with a colorless source, such as the mana produced by Wastes and all of your sources produce green or white. Here is a summary of the relevant rules. https://mtg.gamepedia.com/Colorless

That is also what I originally thought. The basic rule was always that the colors in magic were the colors of basic lands. Then came Eldrazi, when they brought out Wastes as a colorless basic land. A whole set of rulings at that time recognized colorless as a color for a wide range of cards that gained effects depending on the number of colors of mana used to cast that card. Since then there has, to the best of my knowledge, not been any rulings that removed Wastes from the list of basic lands. Colorless must, therefore, still be a magic color.

Instead of Wastes , why not lands like Radiant Fountain or Sunscorched Desert ?