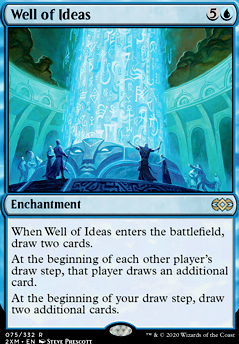 When Well of Ideas enters the battlefield, draw two cards.

At the beginning of each other player's draw step, that player draws an additional card.

At the beginning of your draw step, draw two additional cards.

Well of Ideas occurrence in decks from the last year 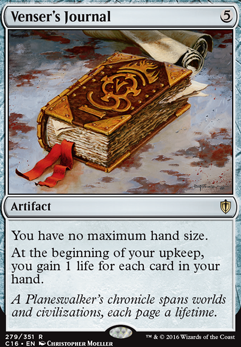 DerektheRed on Ideas for a Kynaios and â¦