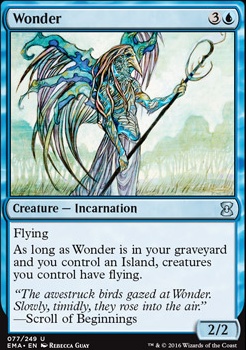 As long as Wonder is in your graveyard and you control an Island, creatures you control have flying.

Wonder occurrence in decks from the last year 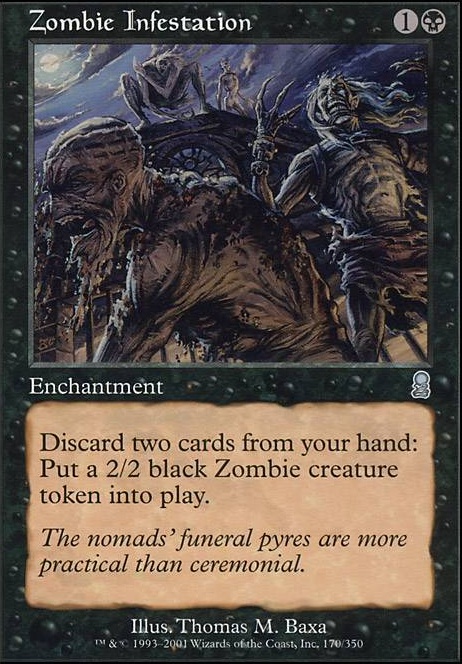 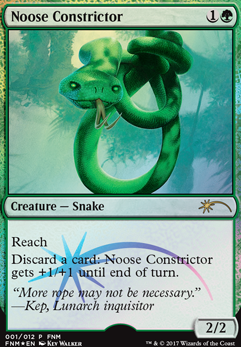 Three creatures I like to suggest to any graveyard-based aggro Sultai deck like this are Wonder , Filth , and Brawn.

Hey, a card that's good with Zombies and blue is Wonder to give your Zombie horde and Scarab flying. Combine it with Buried Alive which can tutor for and put up to three creatures into your graveyard. One can be Wonder and others can be creatures to embalm with Scarab or be reanimated or recurred.

Gravecrawler is a very good Zombie and another creature that goes well with Buried. Phyrexian Altar is an expensive artifact sac outlet that combos with Gravecrawler + Diregraf Captain or Plague Belcher. Crawler also combos with Diregraf Colossus to make infinite Zombie tokens.

You don't need Altar to combo with Crawler it just makes the combos infinite. A sac outlet such as Carrion Feeder can replace Altar which would let you sac and then cast Crawler as many times equal to the amount of black mana you have. You can get much wanted repeatable value especially draw from Undead Augur, Midnight Reaper, Ayara, First of Locthwain and Gravecrawler with any sac outlet.

Windfall (It's not $3.90, it's $1) and Whispering Madness are powerful wheel draw spells in Commander. Madness can be repeatable with cipher. These spells can get creatures into your own or more importantly your opponents' graveyards to then embalm them with Scarab. Underground River is another Dimir dual land that can ETB untapped.

Not so Friendly Sidisi Brood Tyrant

Rooftop Storm lets you use any sac outlet instead of just Phyrexian Altar, and perhaps consider Wonder for its evasion granting ability.

Hi FounderX, I have considered Wonder and is actually in my unlisted maybe pile because of how easy it will be to place into my graveyard. I don't think Fog Bank bank is a good fit for the deck because of how much I mill myself and how likely it is to end up as a dead card in my graveyard.
Ashes of the Fallen is a fun card card and a great way to recur some non-zombies. I will have to consider it. Thanks for the suggestions and upvote! Cheers