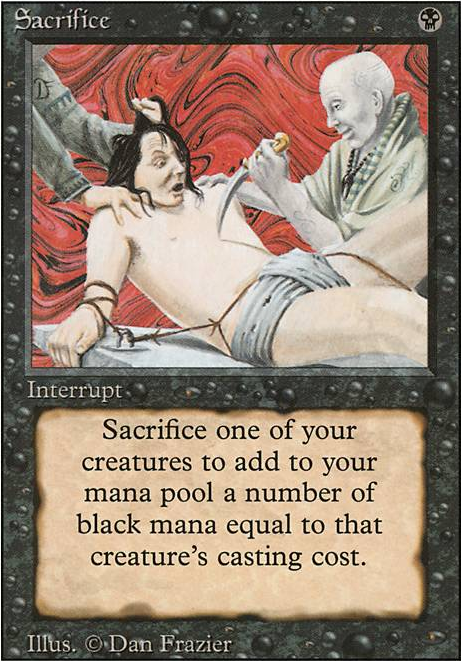 Add an amount of mana equal to the sacrificed creature's mana value. 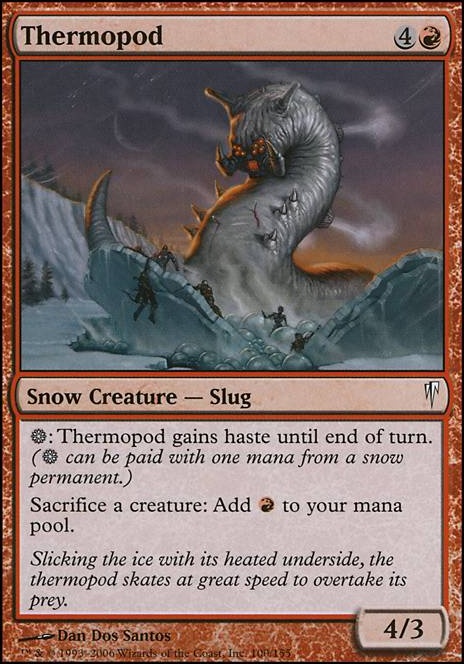 I changed my mind and am trying out Hidetsugu, Devouring Chaos in place of Kuro, Pitlord. I never actually cast Kuro and he is only ever a reanimate target that comes in, kills creatures, and then gets sacrificed the next turn unless I REALLY need him to stick around and pay the extra cost. Hidetsugu can act as removal as well, potentially more reliably, while offering other uses. I'll miss that Sacrifice payoff, but we shall see.

Chance777 I like the benefit that they produce coloured mana, even if they enter tapped. I don't know if I need as much coloured mana though, so I might change to better artifacts. Thanks for your suggestions!

WebbofLies I love Sacrifice, that is a great suggestion! I'd definitely test it in my upcoming games. Any idea what to remove?

An interesting ritual in black is Sacrifice, which has you essentially food chain a creature without getting an extra mana. This can allow you to bring out Toxrill very early by sacrificing a creature like Clackbridge Troll, or you could even sac Toxrill to it (on your turn in response to removal, most likely) so you can recast him for only the commander tax!

A similar card is Soldevi Adnate, which is repeatable but slow and does not have the element of surprise.

Hey Last_Laugh thanks for your suggestions, but as I have mentioned before, infinite comboing is not something that this deck wants to focus on.

That being said milling was something that I was considering and decided to add Mesmeric Orb for that.

I had Gravebreaker Lamia in the deck before, but it was cut because it just didn't work with the current deck direction. There is no tutor this win now card.

Sacrifice looks nice, but seing my overall creature cmc the payoff wouldn't be that great, I would wager Dark Ritual would most often be better, but even then I usually don't want to ramp Muldrotha out because I am not comboing with something. It was the reason I cut Lion's Eye Diamond a card that is an actual powerhouse in a Muldrotha deck. 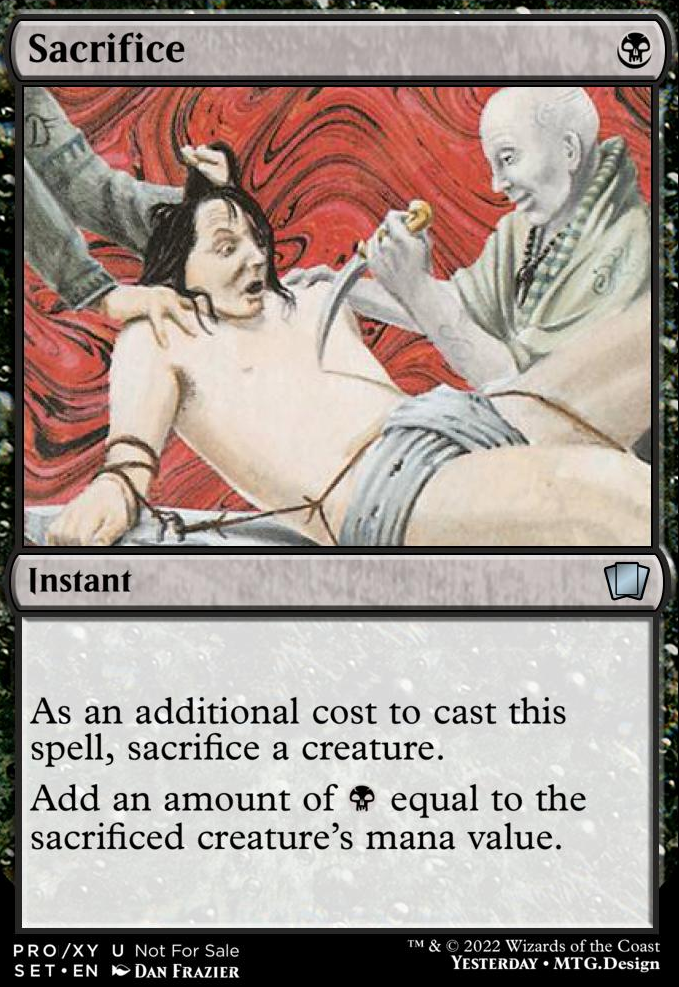