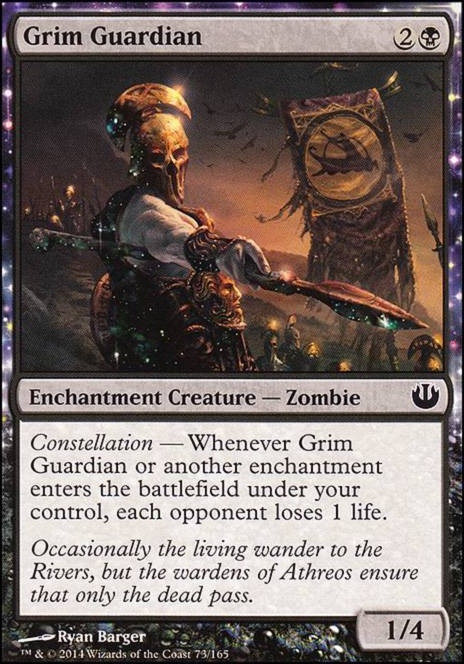 Constellation - Whenever Grim Guardian or another enchantment enters the battlefield under your control, each opponent loses 1 life. 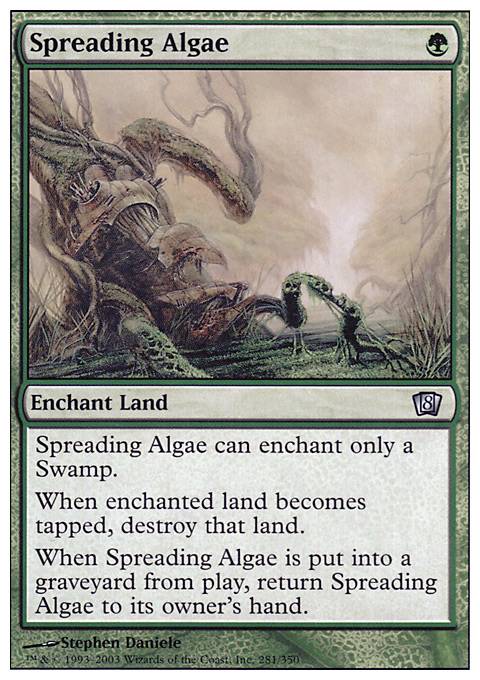 Infuse with Power
by GoodGuyKy

Nice Decklist! You already run Grim Guardian , I really like enchantment creatures, I would recommend Underworld Coinsmith for lots of lifegain, and the option to spend unwanted mana on burn ^^, I think it also could replace Grim Guardian , unless the lifeloss is really needed.

Some of the best ramp for enchantress builds come in the form of enchantments. Things like Wolfwillow Haven , Overgrowth and Smothering Tithe have the potential to ramp you just as much as your sorcery ramp.

Things like Grim Guardian and Hogaak probably don't let you win as much as you'd like. You only have 1 artifact, and might want to add Sol Ring even if it's a nonbo with your Stony Silence . Maybe add in Root Maze ?

It's fun to see enchantress builds that move away from bant colors. Cool concept +1

Appreciate all this feedback! If I could keep asking, I'm struggling with the last few creature spots, namely Baleful Strix, Grim Guardian, and Ornithopter. Strix is good value for a deathtoucher, guardian has the steady drain, and ornithopter is literally two fliers for free when Alela is out, but is that enough? Or do I swap them out for more enchantments/equipment? Or for better creatures that fit what I want to do?

Just for clarity, rhystic and cyc rift are in the "if I get lucky, they're going in, but I can't justify $50+ for two cards during a pandemic" camp.

Yes I did some tinkering and moved the Nykthos, Shrine to Nyx âs to the sideboard, since Contamination would render them useless anyway. Then I swapped out Spiteful Returned for the Endless Cockroaches . Grim Guardian + Spiteful Returned functioned well together, but now itâs time to rest if the cockroaches will work as synergistically with Contamination as Iâm hoping.