Breena Politics but the Politics is Murder
by Its_Pengy

Mathas, King of Politics
by PapaNurgle07

Breena Politics but the Politics is Murder
by Its_Pengy

It is pretty solid in Breena, the Demagogue even without any Zombie tribal

I can see the argument for a Tectonic Giant swap, Last_Laugh.

I think I'm still going to swap with Breena, the Demagogue and keep Tectonic (for now). I like the redundancy on group slug and drawing between Commisar & Tectonic.

Breena is just okay. The draw donations are fun for political wheeling & dealing, but they seem to come back to bite eventually in my play group lol.

My friends are not looking forward to Commisar's debut.

Sounds like that will get a spot in this deck. I'll figure out my swaps later, but it will probably replace Breena, the Demagogue.

I think one thing that can make a commander interesting can also be when your strategy keeps people guessing or isn't easily identified. Or when the commander can build in a less common subtheme. My Marisi, Breaker of the Coil deck is actually just enchantress with a more aggressive enchantress shell... Very fun when the assumption is that I will be relying on Marisi or goad as my masterplan & in reality I am just playing the Naya god pantheon & building a wall... It is one of 2 decks I have that also make vigilance a pertinent ability :)

Breena, the Demagogue has been incredibly aggressive with little standard weenies (lifelink, vigilant, low CMC) & a planeswalker subtheme. I love it when players are scratching their heads with my heavy proliferate theme, then I start dropping planeswalkers & they are like; oh, it is sortof an aggro Atraxa, Praetors' Voice, but not really!?!

golgarigirl solid, parring down to Tuvasa the Sunlit. Was it just experience that made you par down from WUBRG? Genuinely curious. Alot of my large playgroup started with WUBRG decks & then parred down eventually too for alot of different reasons.

Contested War Zone is another card with a similar effect.

As for a commander, I'm not sure. It sounds combat centric but also maybe politics focused?

Marisi, Breaker of the Coil, Jared Carthalion, True Heir, Queen Marchesa and Breena, the Demagogue are the first ones to come to mind. Jared might be your best bet, I think. 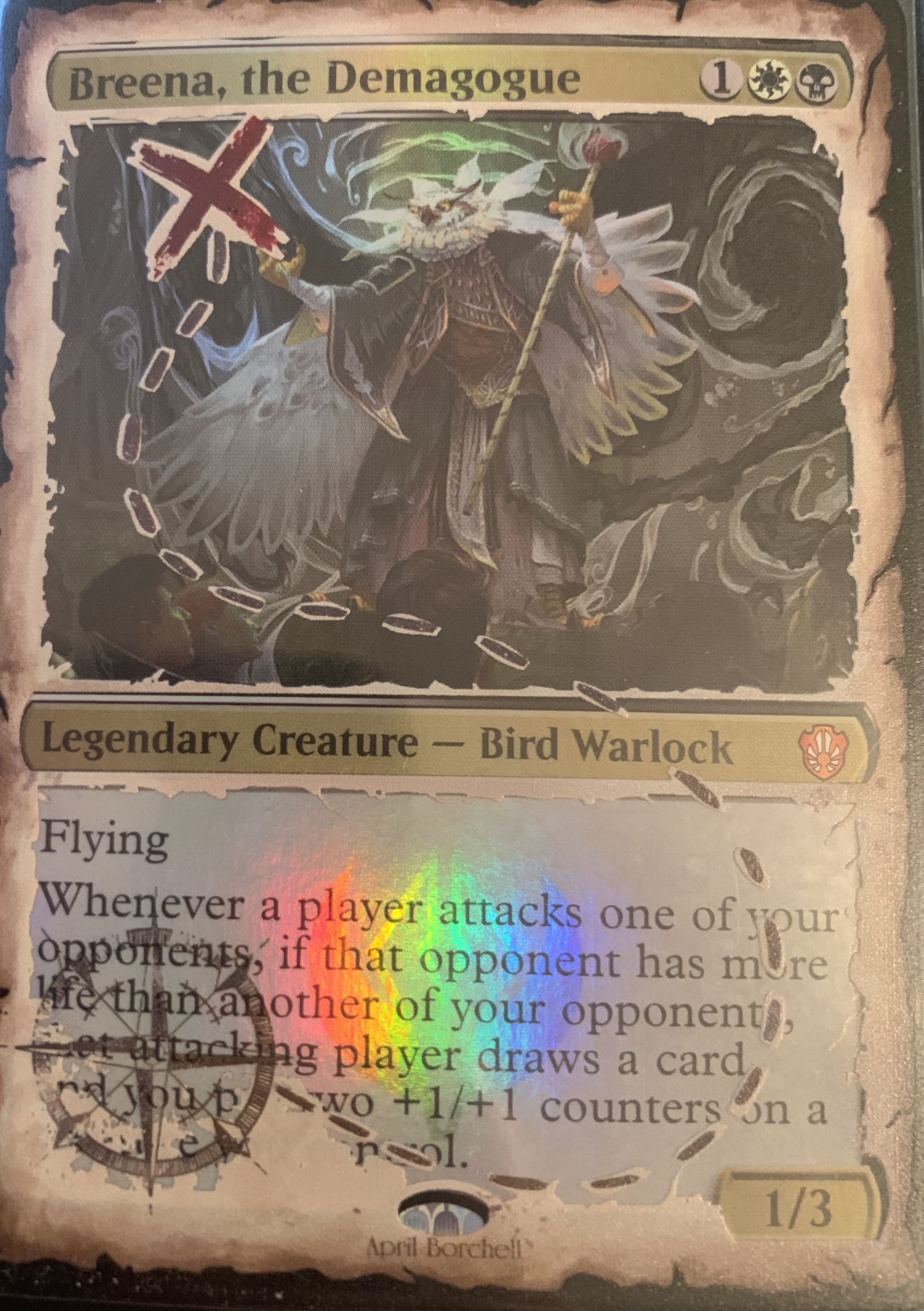 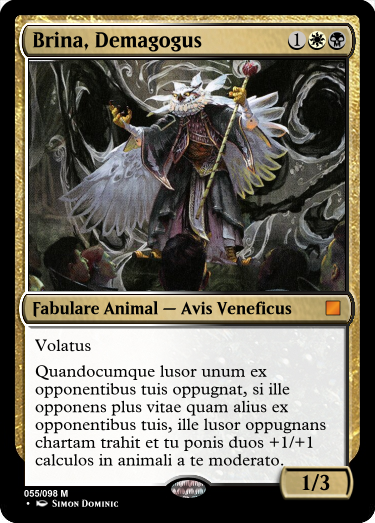