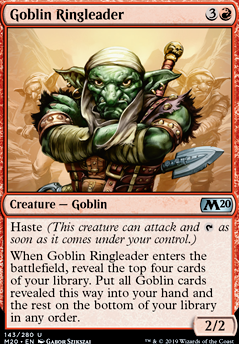 Haste (This creature can attack and : as soon as it enters the battlefield)

When Goblin Ringleader enters the battlefield, reveal the top four cards of your library. Put all Goblin cards revealed this way into your hand and the rest on the bottom of your library in any order.

Goblin see, Goblin do
by DraconicDestruction 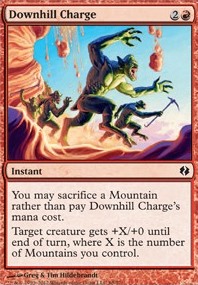 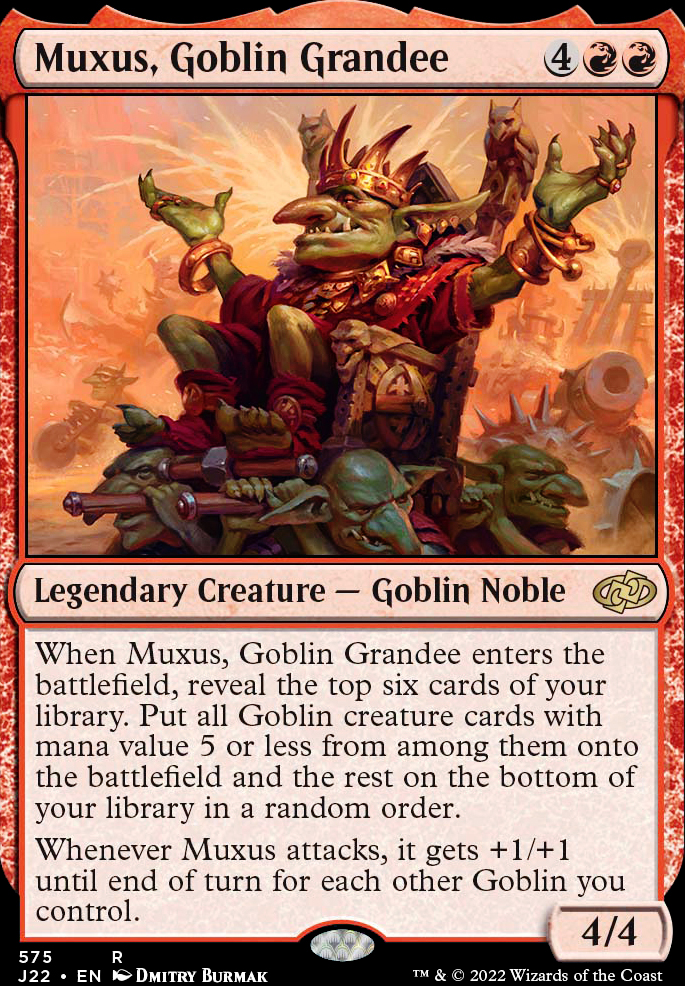 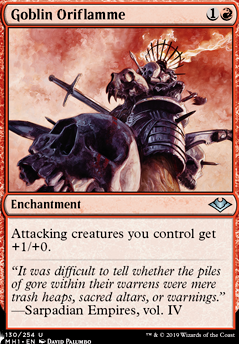 They're Ugly and They're Proud
by KingLonsur 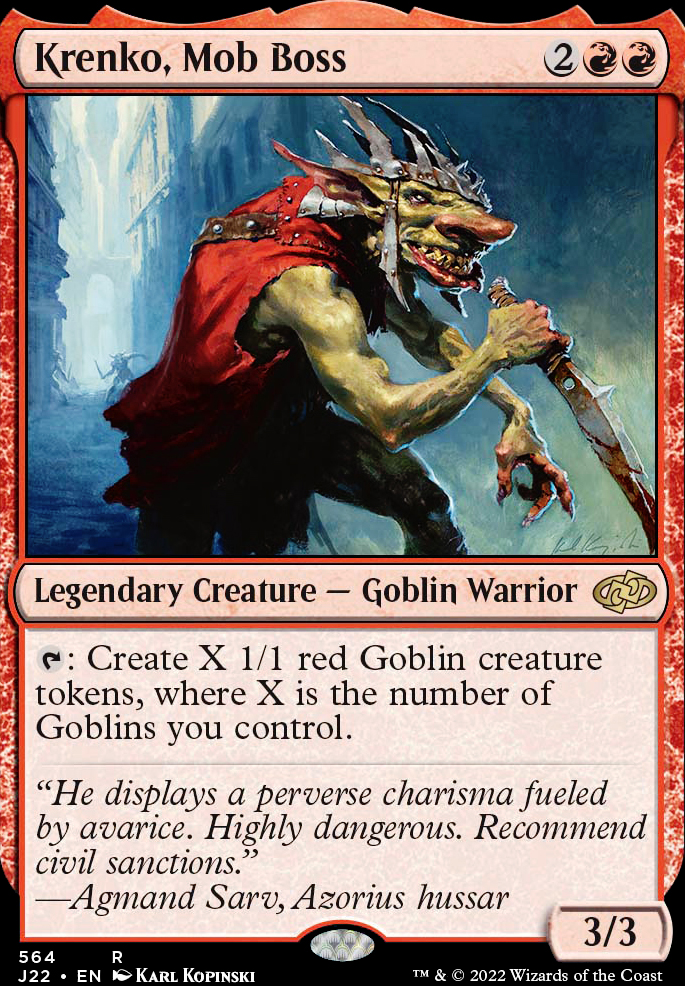 Wort's Tutors and Goblins
by Soulreavent 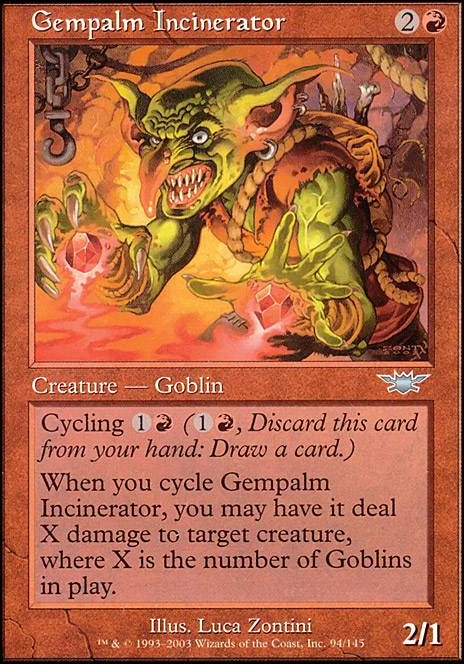 It seems like it tends to be a bit on the slower side, so you might want to play some more aggressive cards. I've always seen some great things come out of Ignoble Hierarch, it's a 1-drop that fits both parts of your theme perfectly, and I consider it superior to Goblin Champion because that usually only has a difference of 1 damage.

Another super powerful card is Mogg War Marshal, it can seriously improve your board.

Goblin Ringleader works pretty great as a sideboard card for this deck when you play against artifact/affinity decks.

Pretty strong so far, but these might make it more aggressive. Maybe worth considering?

Look out! That Goblin Has a Grenade!

Removed Trained Orgg although sentimental to me, most matches are over before it comes out. Removed Magma Jet removed Raging Goblin and replaced them with more goblin tribal Muxus, Goblin Grandee Goblin Ringleader and the venerable Goblin Chainwhirler hope to get some play in soon with the new setup!

Good call! I will have to see what I can take out for those.... Muxus, Goblin Grandee probably replaces Goblin Ringleader

Makes sense. Maybe sleeve up this deck with some proxy cards and test to see which version you like best. After some thought, I think your best bet will be replacing your ib-halfhearts and maybe coat of arms with Goblin Ringleader, that's probably your best bet for helping your deck survive into the long game. 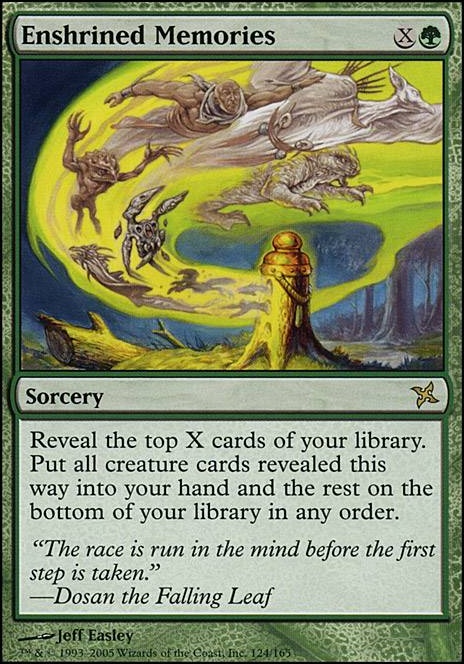 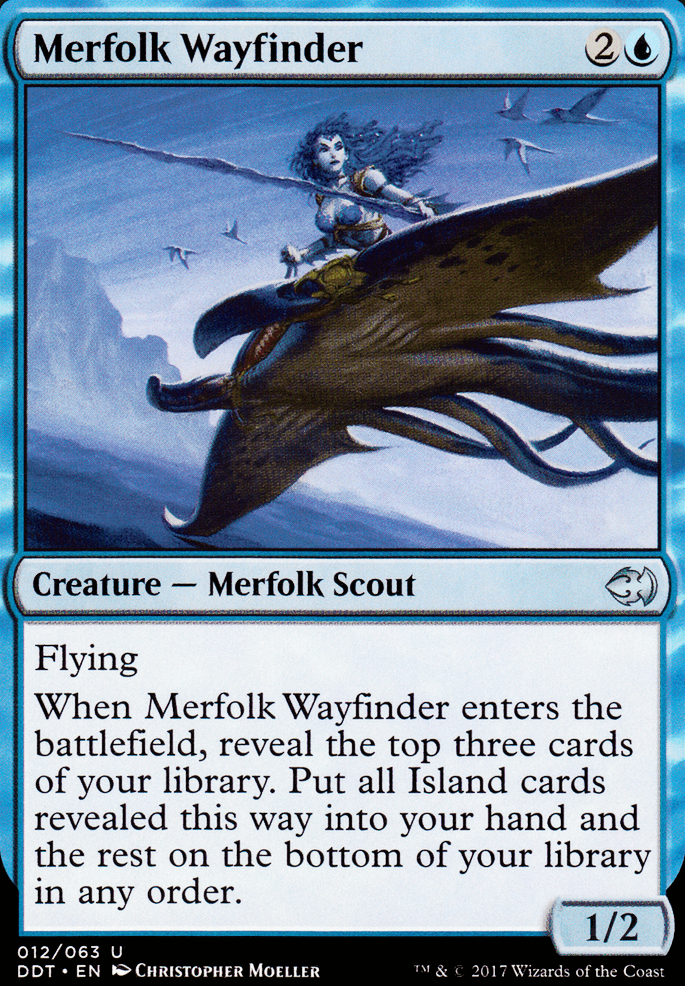 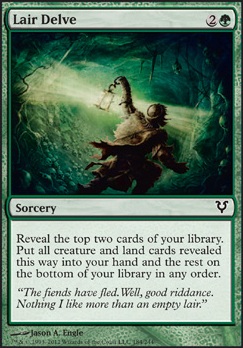 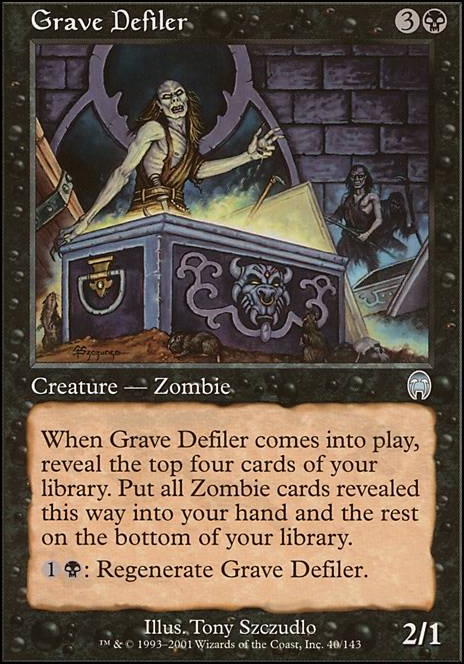 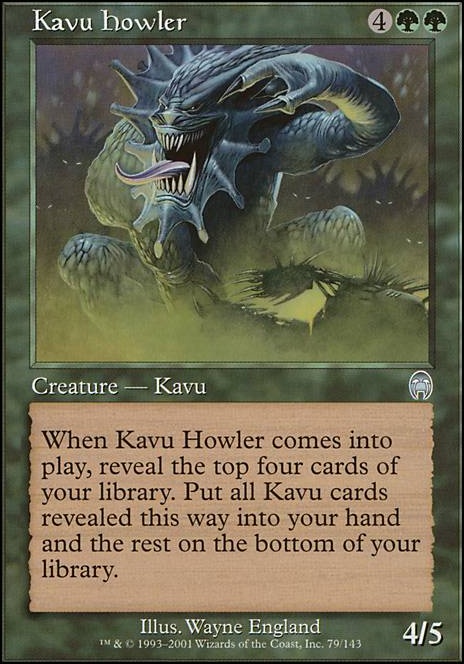 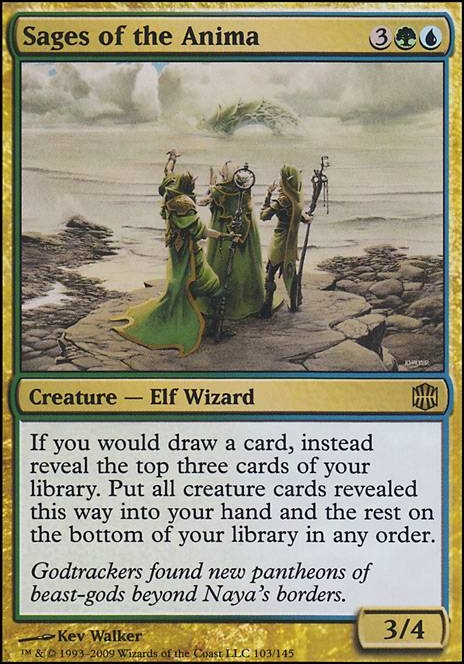 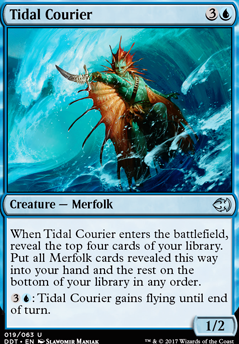 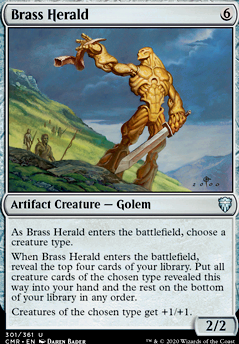 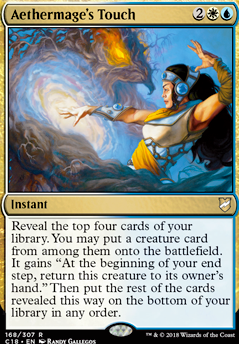 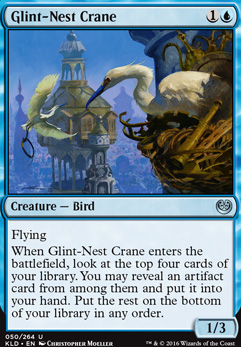 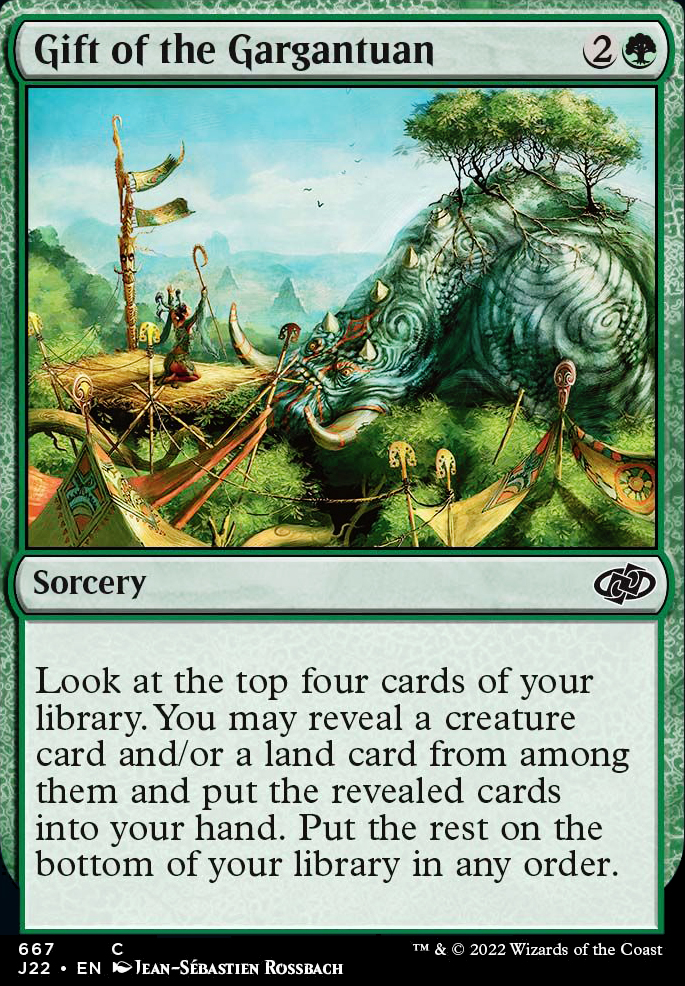 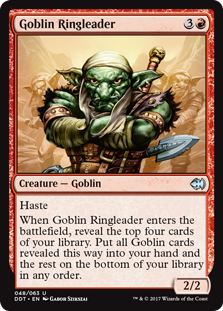 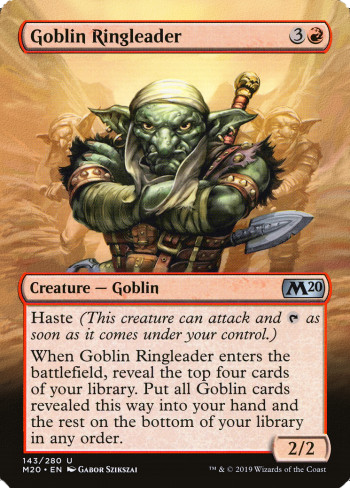 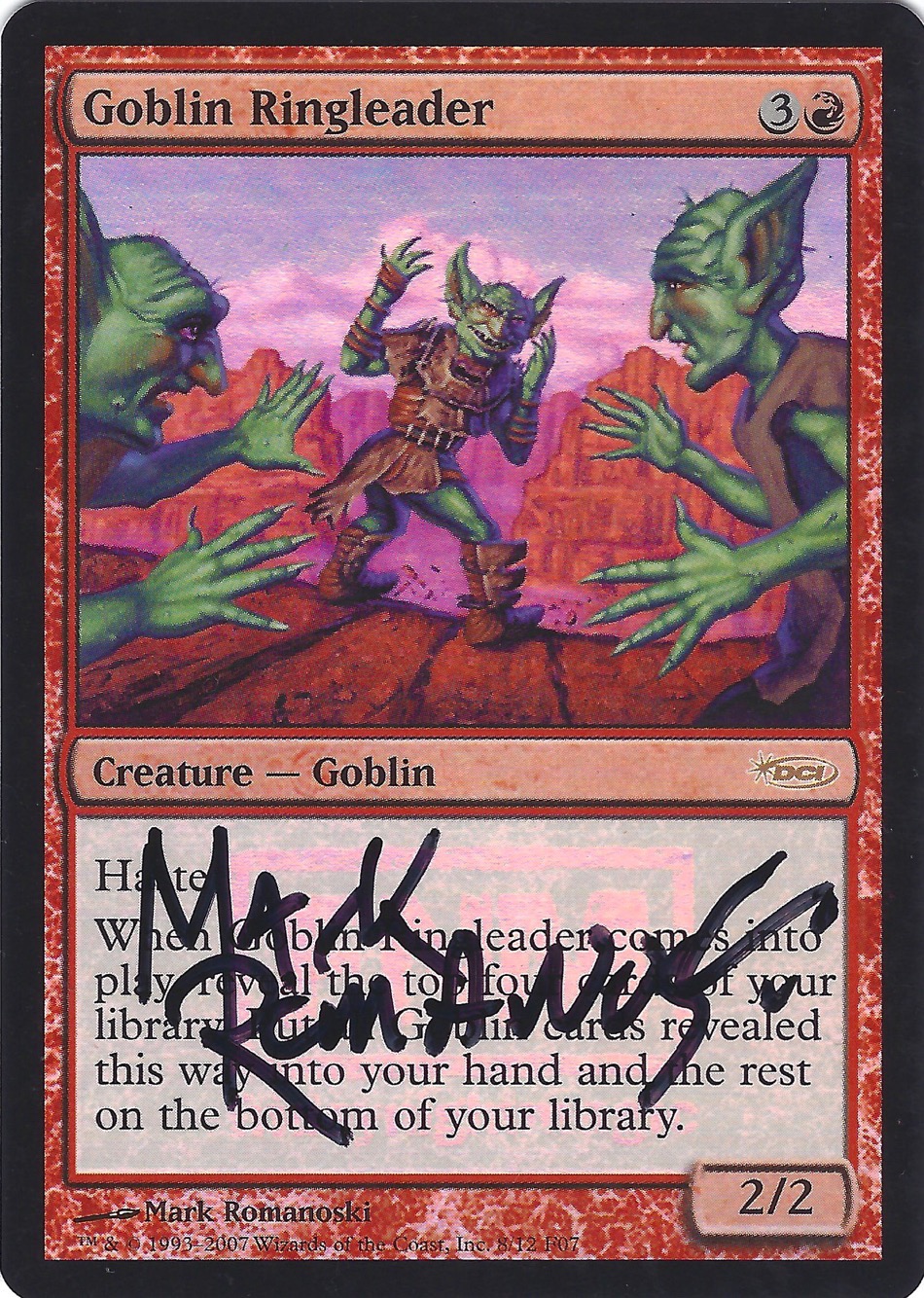