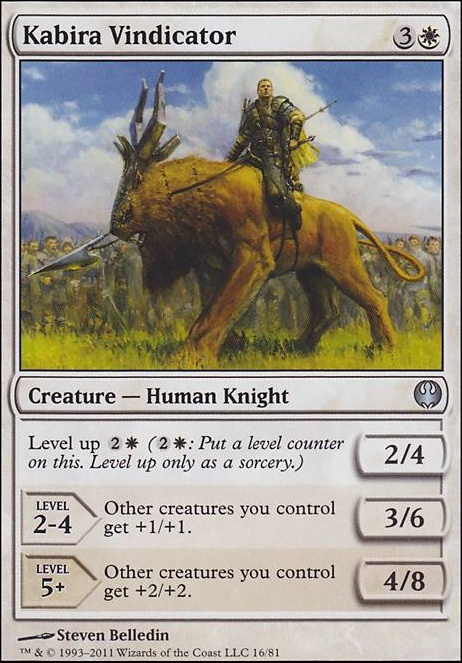 I'm really surprised it's as potentially strong as it is.

I also recall your desire for white mana sinks, hence the Transcendent Master, Kabira Vindicator and most importantly Mirror Entity for maximum elf-age.

Knights of The Square Table

Kabira Vindicator would be my pick, and maybe adjust the counts so that you can include 3 or possibly even 4 copies so they're more reliably obtained early-game.

The Kabira Vindicator is just a bit too high mana cost for my liking, personally, not to mention it taking extra turns worth of mana to pump it up just to be on-par with some of your 3-mana drops like Benalish Marshal and Knight Exemplar , which obtain essentially the same effect for far less mana.