Counter target spell. Choose 1, 2 or 3 at random. Its controller mills that many cards, then exiles cards from the top of their library until they exile a nonland card with a different name than that spell. They may cast that card without paying its mana cost. Then they put the exiled cards on the bottom of their library in a random order.

I got the opportunity to play this weekend after a long time away, and had a blast with the newest version of the deck!

Won a game after Tibalt's Trickery turned a 9x Green Sun's Zenith into an unplayable land. Purphoros ended up killing the table a few turns later.

Descent into Avernus was an allstar, and pretty well received across the whole table. This is the epitome of Red effects to me, and loved having it out.

Got to use Memory Jar for the first time in probably years and I stand by this being the best wheel effect available to Red.

The deck is just as bursty and unpredictable as ever. I wish we had even a little bit of lifegain to combat all the sources of self damage, but I can't complain. I was a constant element in every game.

The addition of treasures was exactly what this deck needed. I played more aggressive with my lands than I've ever been able to thanks to them.

This particular makeup of lands, ramp, and treasures felt just right, riding the edge of too many and too few just like I like, but I could see someone needing as many as 34 lands if they didn't have as many fetches or treasure cards.

ronsen on Answers to Massacre Wurm for â¦

Wow, I didn't expect to get this many responses after posting this and going to bed. Thank you to all the suggestions! Right now I'm leaning towards the board wipe punishes like Stalking Vengeance and Vicious Shadows. Also forgot that Tibalt's Trickery existed, definitely need me a copy of that.

Last_Laugh on Answers to Massacre Wurm for â¦

If you hate blue, have you considered Tibalt's Trickery, Red Elemental Blast, or Pyroblast?

Crypt Ghast looks like a cut, unless you plan to add an Urborg, Tomb of Yawgmoth, I don't see it being worth including here.

Tibalt's Trickery seems odd here, too, especially when you have access to straight counterspells in . Why run the risk of what Trickery might drum up if you don't have to? If you are running it for the mill effect, it really doesn't seem worth it.

Solemn Simulacrum seems like another cut. You're running plenty of ramp already, and there are better ways to draw card in .

On a side note, this deck seems like an absolute nightmare to play against. 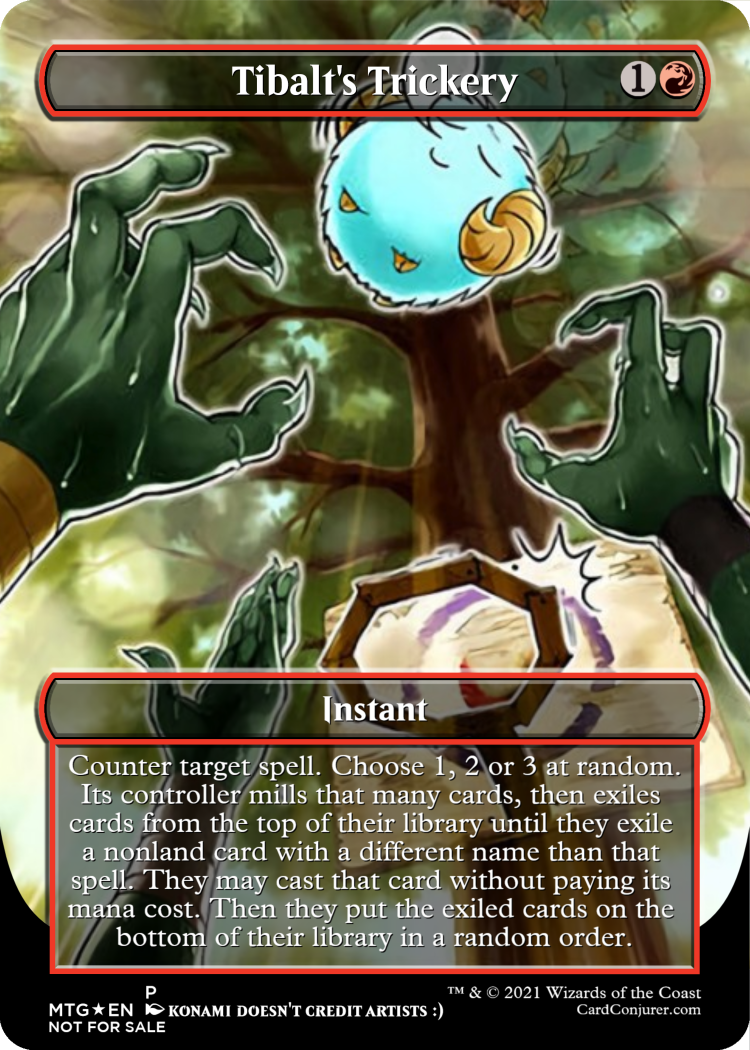