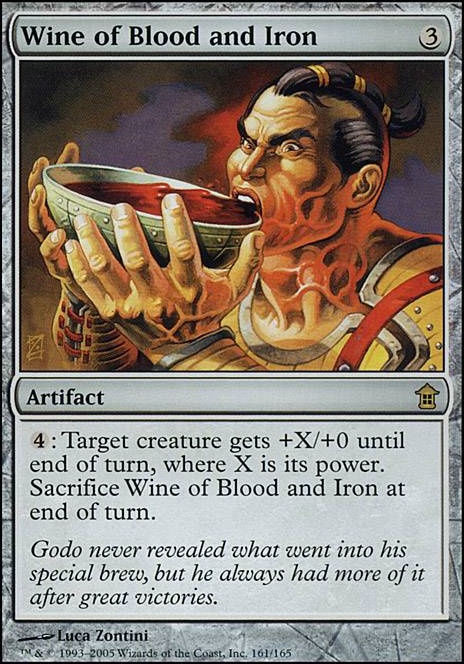 Wine of Blood and Iron

(4): Target creature gets +X/+0 until end of turn, where X is its power. Sacrifice Wine of Blood and Iron at end of turn.

I Throw Things
by Gracco

Unga Bunga! Me Attack With Big Creature!
by ckeen 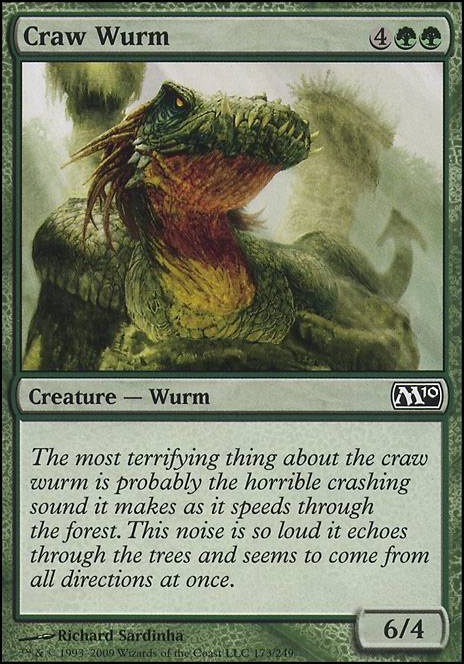 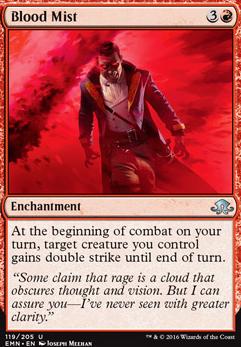 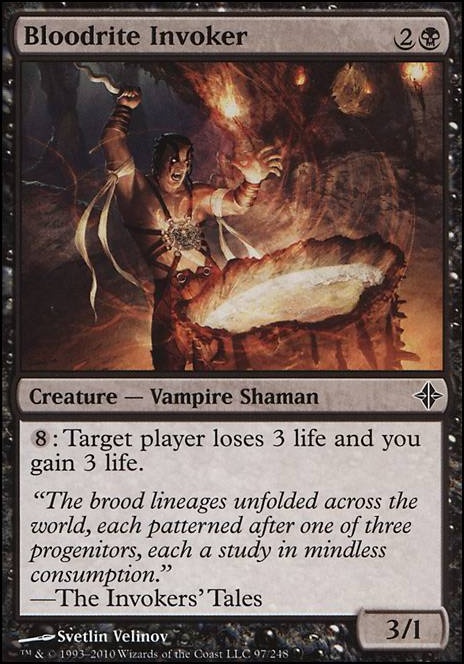 Wine of Blood and Iron Discussion 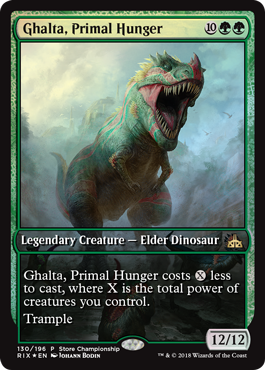 Codex Shredder is cool. Wine of Blood and Iron can help you lethal someone out of nowhere it's one of my favorite glissa cards. Why no grave pacts?