Destroy target artifact or enchantment, then populate. (Create a token that's a copy of a creature token you control.)

No Rhys, No Reward
by Mudthehut

Learning to Live
by TappedBirdie 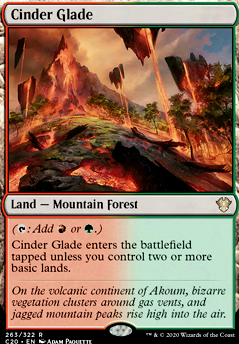 If a player controls a Wurmcoil Engine and targets it with a Sundering Growth, can they immediately copy one of the wurm tokens with the populate ability of the spell, or will the spell resolve before the tokens are generated?

Have you considered Sundering Growth for removal while still offering Populate? I guess it depends on your meta, but it's be a solid sideboard card, if you use one.

Gidgetimer on Destroying Your Own Wurmcoil Engine â¦

No, Wurmcoil Engine's token creation ability is a triggered ability. While it can trigger at any time, it waits to go on the stack until just before the next time a player would receive priority. Then it waits to resolve and create the tokens until after all players have passed priority in succession with it being the top object of the stack. Sundering Growth is a single spell and no player receives priority in the middle of a spell or ability resolving.

DemonDragonJ on Destroying Your Own Wurmcoil Engine â¦

If a player controllers a Wurmcoil Engine and then destroys it with a Sundering Growth, can they copy one of the tokens that the wurm generates?