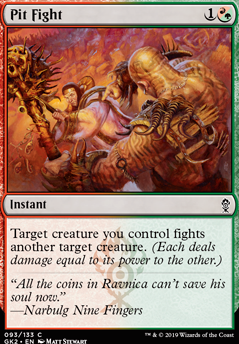 Target creature you control fights another target creature. (Each deals damage equal to its power to the other.)

Getting high on protein powder
by Neckpool 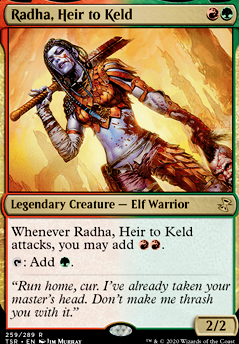 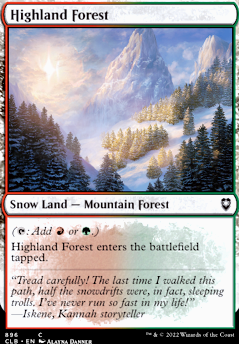 Of Wolves and Wurms
by gofly4683 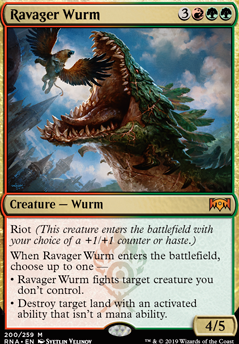 Zangief, Bringer of Grief
by Quietman988

Fight Milk: For Bodyguards, By Bodyguards
by Optimator

What formats is this legal in?

you don't really have enough mana for your high-cost spells. a good rule of thumb i use is you can use 20 lands if your mana curve tops at 3, 24 if it tops at 4, and if you have spells that cost 5+ then you want 24 lands plus some mana ramp. this can be something like Arbor Elf or Rampant Growth as a couple examples, but of course it depends on which format you're playing.

removal is crucial if the deck can't win by turn 4, but unfortunately this is somewhat difficult in just red/green. cheap burn spells don't deal enough damage to kill big creatures, and green spells are basically limited to the "fight" mechanic such as Pit Fight. outside of that your best bet is to just ramp up to bigger creatures than the opponent can.

you can use mtg arena to get some practice games online to get a feel for the game. the primary format there is standard.

if budget is a concern when playing in paper, ask your friends/playgroup if they could make some pauper decks for when you join them. pauper is a format that allows any card from mtg's history that has been printed at common rarity at least once.

Chain Reaction and Blasphemous Act seem counter productive to a werewolf deck. Usually the more werewolves that are out, the more they complement each other. This may hurt you more than others. Also by the time you can play Blasphemous Act, you will either have a bunch of creatures and likely will be dominating, or a ton of mana to where you should be able to play anything and likely have a bunch of creatures as well.

Chaos Warp is also very risky. There are better things to replace it with to get rid of creatures. Beast Within is also too generous. You may be getting rid of a hard hitter, but why not just remove it and leave the player with nothing? It certainly would not benefit you to remove your own werewolf creature for a 3/3 beast. Werewolves are typically going to be pretty powerful. So use cards that force opponent creatures to fight yours to get rid of creatures.

Moonmist is a great card even with the daybound mechanic. It may not transform your newer werewolves, but making only werewolf damage count, it like a super Fog.

There's no ambiguity with targeting either. If something says target, it targets; if it does not say target, it does not (with a few exceptions for keywords that target in their rules, like equip meaning "attach this Equipment to target creature you control").

Pit Fight clearly names two creatures, one of which the caster has to control, as targets. Asceticism specifies that your creatures cannot be targets for things your opponents control, so they can only cast Pit Fight targeting their own creatures.

I have on the board Asceticism and a Llanowar Tribe . My opponent has Phyrexian Obliterator on board and during his turn he casts Pit Fight onto phyrexian Obliterator and wants to force it to fight my Llanowar Tribe. Since I have Asceticism on board and it states "Creatures I control can't be the targets of spells or abilities your opponents control." Pit fight states target creature you control fights another target creature. But my creatures can't be target due to Asceticism, correct or not? 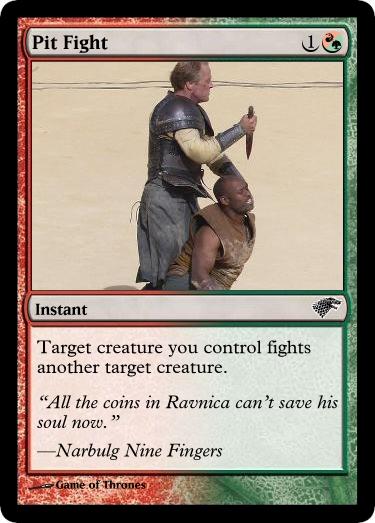