Whenever Omnath, Locus of Rage or another Elemental you control dies, Omnath deals 3 damage to target creature of player. Omnath Locus of Rage
by Jator

Locus of Rage!
by TwoInchWonder14

The Hills Are Alive
by Overzealousowl 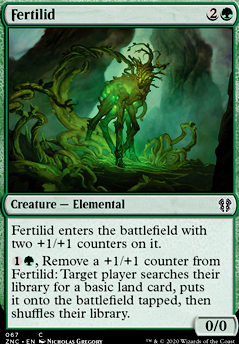 Splish Splash Omnath took all my cash
by greyninja

Omnath, Locus of the Roil
by TableSaltDom

Spartansean765, I used to run Helm of the Host in my old Omnath, Locus of Rage deck and that did get ridiculous left unanswered. I can see it being fun to have equipped on Omnath, Locus of Creation while an extra combat guy like Moraug, Fury of Akoum in play. I think I might replace Mina and Denn, Wildborn for it. Thanks for the suggestion!

What does everyone else think about the add/cut?

I've been running five-colour elementals for years and they're great fun. If I may make a suggestion, Omnath, Locus of Rage works fantastically with Risen Reef. Play an elemental, flip a land and it goes right into play, get a 5/5 elemental token for free. But wait, that elemental means another card flipped! Another land? Hey, that's another free 5/5. You should be able to flood the board in fat tokens who each even come with a free lightning bolt if your opponent can remove them.

ghostfire86 if you are trying to utilize Valakut, the Molten Pinnacle as a win con you may want to shift it over to Omnath, Locus of Rage. You'll need more mountains to consistently activate the burn effect won't you?