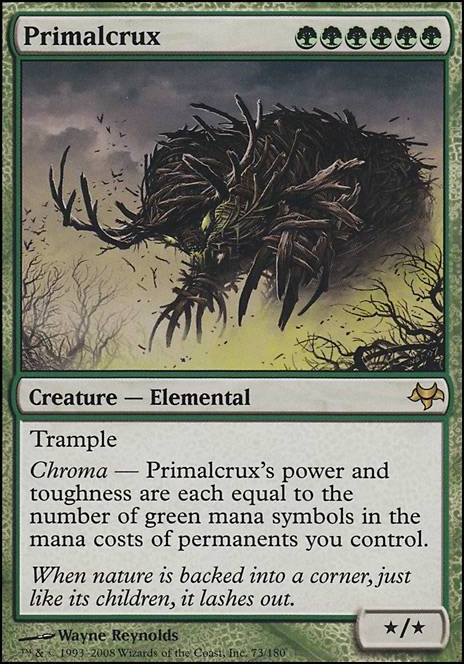 I had another thought for the skill checks. If a revealed card name thematically matches the skill or challenge, that gives an extra +1 to your check.

For example, if you try an Insight check and reveal Telepathy , you get +1 to your check.

I don't know if this should stack--if you reveal both Ram Through and Brute Force on a Strength check to smash a door, do you get +2?

This flavor bonus would also be pretty ad hoc, since Ram Through might not help you lift something heavy.

Hey guys, quick announcement for what's to be one of this decks' biggest change ever. Expect the list to reflect this change, but give me some time to tinker with the primer. So here goes, Marwyn has come to relieve Shaman of his duties.

Rip Shaman, it's been fun. Mom's home, and she really wants to play.