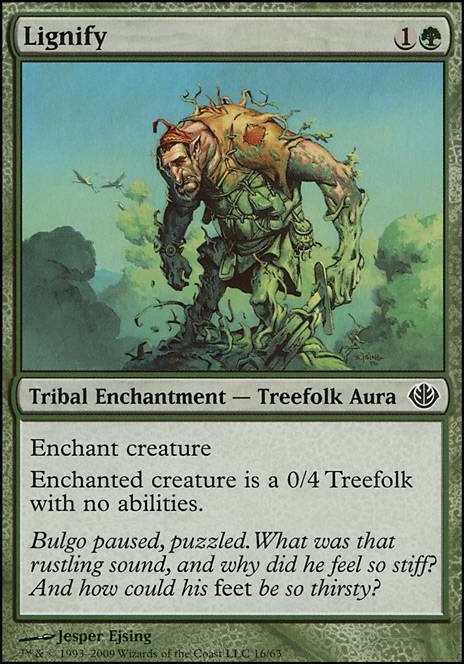 Enchanted creature loses all abilities and is a Treefolk with base power and toughness 0/4.

Targeted removal is a good thing. But I wouldn't run Return to Dust either. At 4 mana, you just as well go with a boardwipe. And being able to double it up by casting it as a sorcery is not a good trade off. Swords to Plowshares is a much better option. Beast Within and Lignify are good ways to isolate threatening creatures.

Fecundity can benefit your opponents, yes. But thought here is that if you have a deck that is focused on killing creatures for advantage, then you will probably benefit more than your opponents. I honestly think there are players that worry too much about other players benefiting from some of your own plays. Its an interactive game, and it makes it fun. Cards like that can help you gain some allies at the table at times. It's strictly your call, but I personally play the card and enjoy it.

I would say that you could probably look at cutting your planeswalkers for some things that will actually help your deck do what it wants to do. Yes, planeswalkers are cool, and the ones you are running do some generally good things, but I don't think they lend to your deck's focus. You can't hunt them out with Atla, and none of them produce anything that Atla can use.

Glancing over the list, it looks like you have a lot of precon hangover, with lots of creatures that make tokens when they come into play. You have several cards that populate, too. Those play more into Ghired's ability than Atla's. If you want to focus on Atla, then you want to go in on making Egg tokens, as opposed to any of the others. That's where some changelings can come in handy.

I have an Imprisoned in the Moon in the stack of cards for you. It, along with Oubliette, are amazing commander removal because they don't exile so the commander can't be returned. Cards like Lignify and Frogify allow the creature to block, so they aren't as good on commanders. Still, they're good on regular creatures--not saying not to run Frogify. Hell, if it were me I'd run a ton of Frogify effects for fun.

This is the reason Imprisoned in the Moon, Song of the Dryads, and Darksteel Mutation are so desired.

Nice list. Have you considered swapping Lignify for Song of the Dryads? The best way of dealing with opponents' Commanders :) 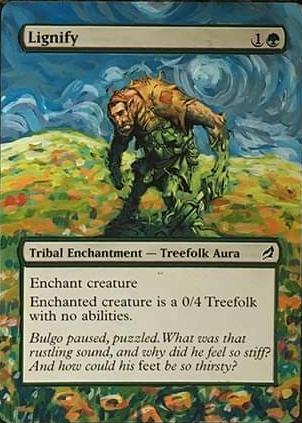 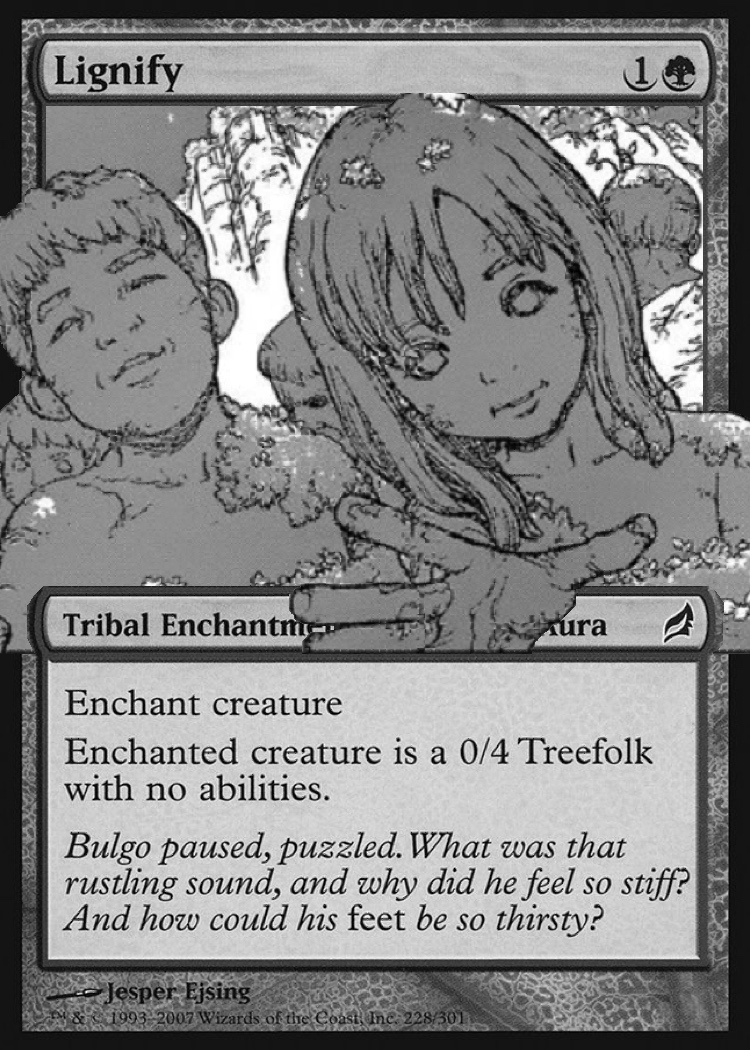 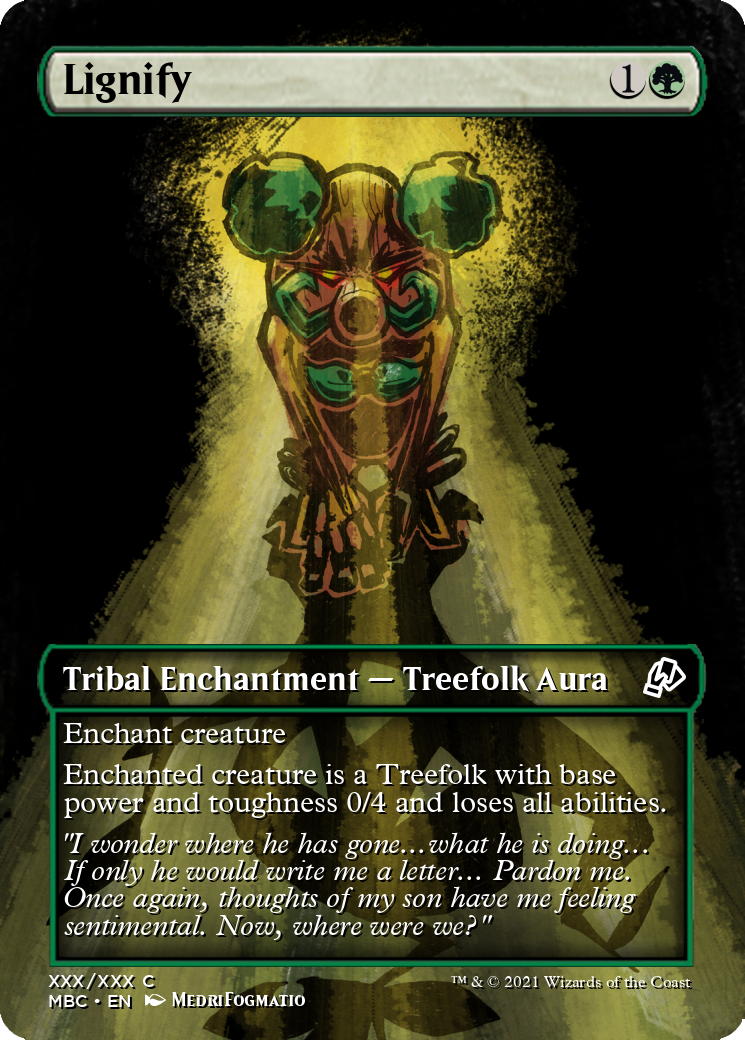