Other Human creatures you control get +1/+1.

At the beginning of each upkeep, if no spells were cast last turn, transform this. 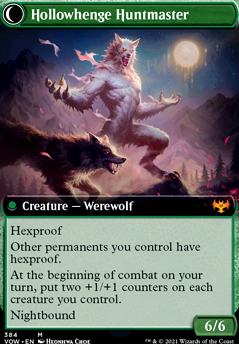 Bounces with Wolfs
by Baron_Pretzels 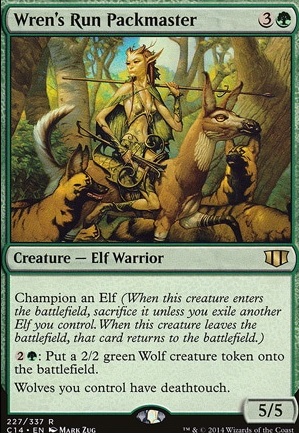 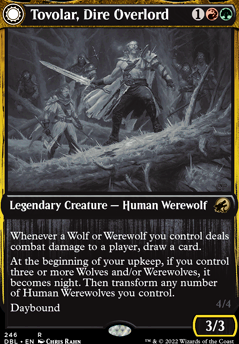 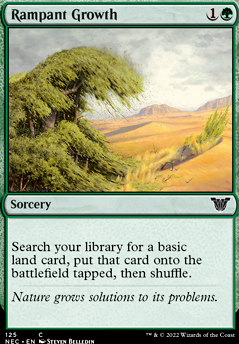 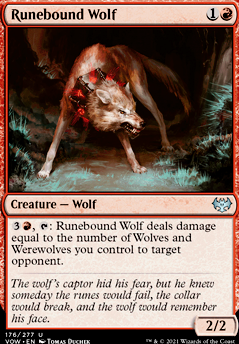 Wait, where did the deer go? (Budget)
by Defied-27 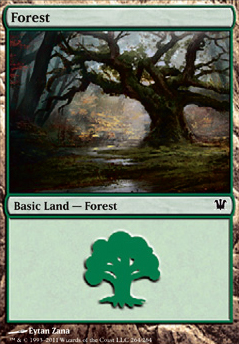 Hey been following your deck for years. WW is the tribe that got me into magic and after a few year hiatus im back for this set to upgrade my own ww deck haha.

I see you axed Mayor of Avabruck Â Flip to go full agro haha. one thought Ive had is to do that and make a midrange deck as Tovolar, Dire Overlord Â Flip seems to allow us to extend the game with the draw. How has cutting the mayor been going for you?

Also, I know Rancor is a tank but have you considered Madcap Skills in its place?

Good work with the ww's and cheers.

Wait, where did the deer go? (Budget)

zapyourtumor Probably, no worries I got that. I see where you're coming from. Werewolves are a little bit tricky though to play full aggro, because of the transformation. That's why I value cards which let you flip without the "no spells cast last turn". Modern is a very fast format and not casting a single spell in a whole turn will hurt you pretty fast, plus werewolves only stay in wolf form as long as your opponent also misses to cast two spells... That's the reason so many people play Immerwolf. I know it's a difficult deck to figure out, and it will probably never be competitive. There are far easier ways to play aggro in modern, but flavourwise it's just super neat! However I totally agree on Mayor of Avabruck Â Flip, he gives you a body even if you dont cast anything if he is transformed.

If you use Moonmist , id recommend removing Shrill Howler Â Flip and Kessig Prowler Â Flip. eldrazi wolves are cool but those arent really adding anything, and they arent humans so they wont transform under moonmist. you could replace them with Kruin Outlaw Â Flip and Instigator Gang Â Flip maybe. if you want to keep creating tokens, try Mayor of Avabruck Â Flip 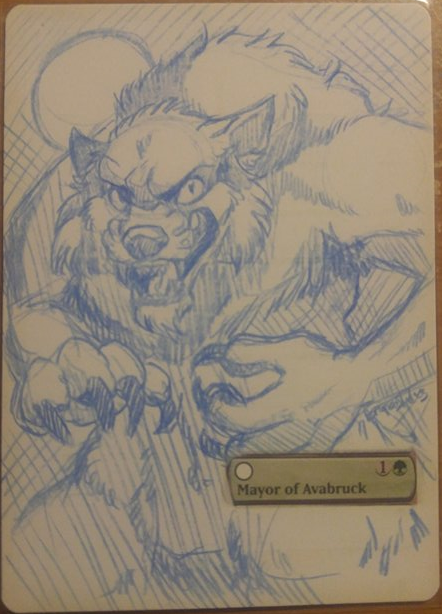