Create five 1/1 white Human creature tokens. If Increasing Devotion was cast from a graveyard, create ten of those tokens instead. 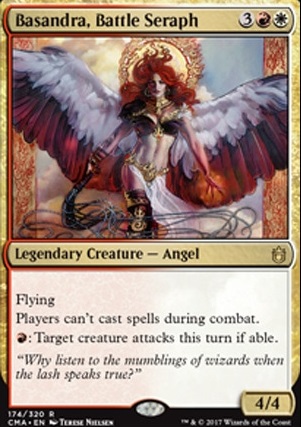 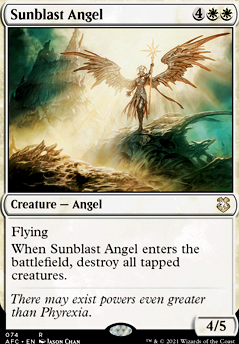 Xxtormundxx Secure the Wastes and Increasing Devotion are usually too much mana. Cards like Doomed Traveler give us fodder for mana at a 2-1 rate, or 3-1 with Teysa out. Having to tap out just to play some fodder on turn 4 or 5 is tough when its not protected against boardwipes. Making fodder from creatures with Pawn of Ulamog or Elenda, the Dusk Rose tends to be more mana efficient than paying a bunch of mana for upfront tokens. Teysa also doesn't double them. They're definitely not that bad if you want to play them, I just prefer cheaper cards. If you want more fodder for 1 card, try Ministrant of Obligation.

SaberTech I can't tell you how much I appreciate your suggestions! I started this deck when I pulled Sigarda from a booster pack once, and it's much better now than it was then, but still needs a lot of help, and so I've got some of the cards you suggested (for example, I've got an Increasing Devotion in my binder - how am I not using it!), and most of the others are very budget friendly, which is important to me. (Only reason I can run some expensive cards like Sensei's Divining Top is because I've had them since they cost much less than they do now.)

So I'm going to put in a TCGPlayer order, and this will give me something fun to work on!

I'm very thankful for users like you who take the time to give valuable input. And yeah, Cathars' Crusade is pretty pricey, so it's nice to have another alternative! I can spent a fiver on a card every now and then, but I also like to run alternatives to the staples, for creativity's sake!