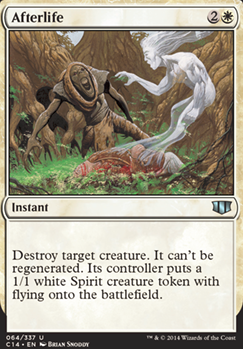 Destroy target creature. It can't be regenerated. Its controller puts a 1/1 white Spirit creature token with flying onto the battlefield. 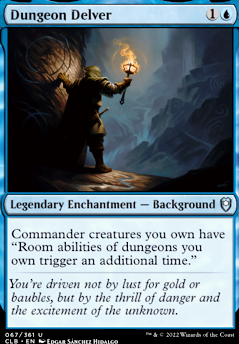 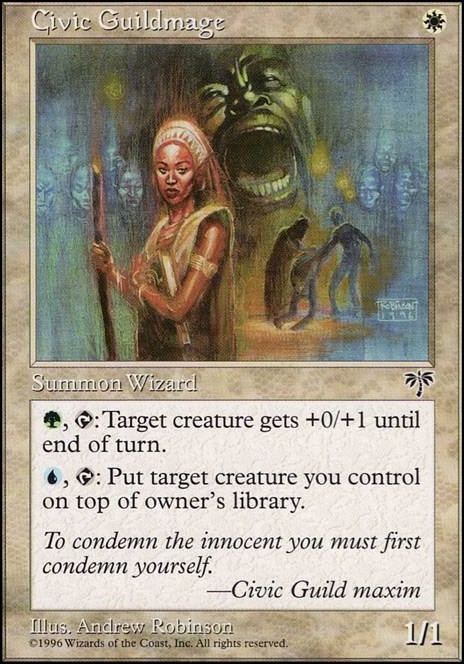 The Life Angelic
by NorahNorman 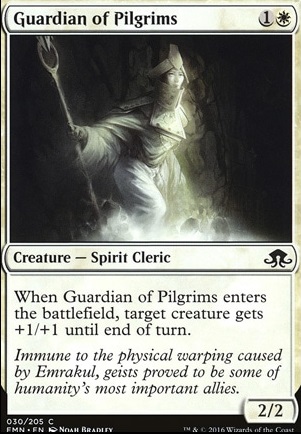 KodenejmBerni: Graceful Reprieve is here because it can target my creatures AND my opponent's creatures, for instance if I have no Turn to Mists or Crib Swaps in hand, I still have the opportunity to leverage some life swings. Most of the time it will save my own creatures though, when I chump with them.

You do raise a good point about the 4 mana required to pull it off though. Perhaps I should take out a couple and add some actual removal. Thanks for the help!

passimo: Yes, Spell_Slam mentioned it above a while back. I'm just now getting around to scrounging some up copies and updating the deck. (I have, and continue to make, a lot of decks so I don't get around to updating as often as I'd like.) I actually just discovered Afterlife, which is pauper legal thanks to MTGO, and it actually destroys, rather than exiles, meaning better synergy with Graceful Reprieve, so I'm also considering that now, too. So thanks, lol, I already pre-approved your suggestion! And glad to hear you like the deck!

Dark_Danda Thanks for the feedback! I've been trying to make this deck fairly competitive while still fun. I definitely feel that is one area this deck could use a little help in is control, but I have been thinking about adding Beast Within or Afterlife to help out with some of the more problematic creatures I may encounter. I agree that Mox Amber would be amazing in here, but don't have one at the moment. Appreciate the help!